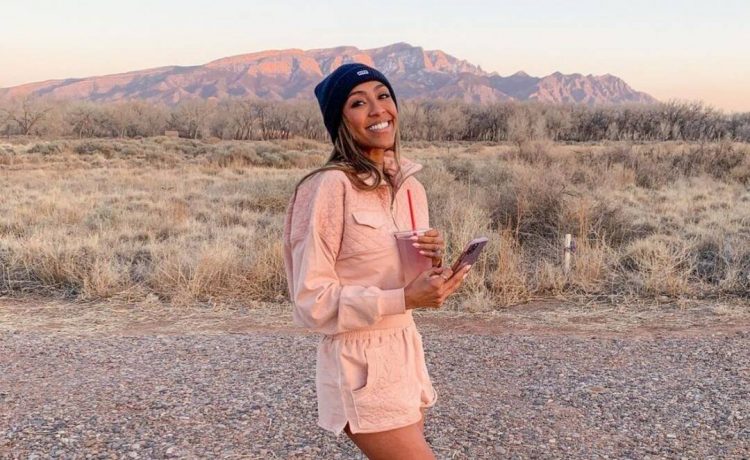 The twists and turns keep on coming in Bachelor Nation.

With filming well underway for season 17 of The Bachelorette, fans are hoping for any and all details on Katie Thurston‘s search for love. As it turns out, a familiar face may be part of the journey.

In photos obtained by E! News, Bachelor Nation member Blake Moynes was spotted at the hotel in New Mexico where this season is currently shooting. Surrounded by camera crews and donning his signature gotee, the 30-year-old reality star appeared ready to participate in the show somehow, someway.

While the reasons behind his visit are unclear, fans are already wondering if he’s looking to find love with Katie. Or, perhaps he’s looking for closure with his ex Tayshia Adams.

Tayshia, who is co-hosting the upcoming season with Kaitlyn Bristowe, eliminated Blake in week nine of her season. After his elimination, the wildlife manager reflected on his journey.

READ  Pregnant Rachel Riley jokes she won't have to hold stomach in after baby news
Share on FacebookShare on TwitterShare on PinterestShare on Reddit
newsgrooveApril 1, 2021