Tattoos can leak toxic metals from the needle into your body, experts warn 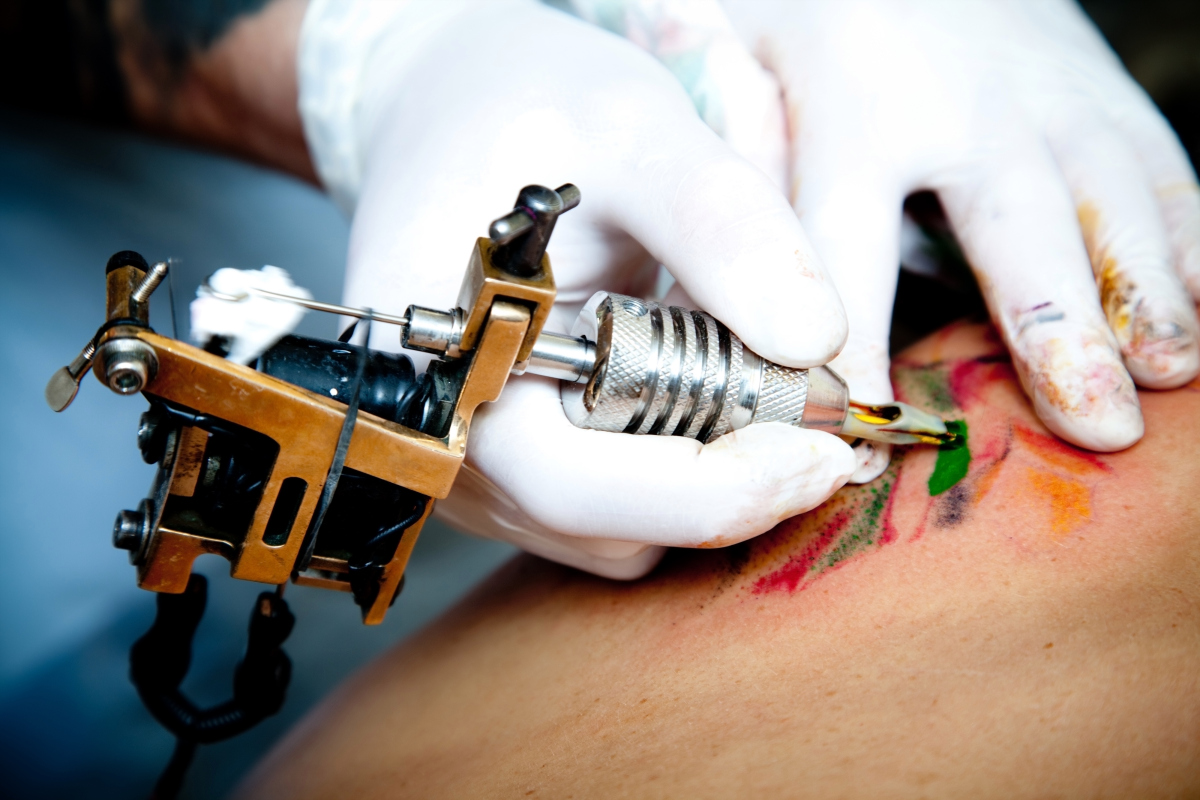 BRIGHT-coloured tattoos can leak toxic metals into your lymph nodes and spark an allergic reaction, experts have warned.

Researchers have discovered that nickel and chromium, which are allergens, are shed from a tattoo needle when a white pigment is used.

The pigment – called titanium dioxide – is often mixed into brighter colours such as blue, green and red.

But the new study, from the European Synchrotron Radiation Facility (ESRF) in Grenoble, France, found that it can cause the needle to erode and so tiny metal particles can enter the skin.

Those particles then travel to the lymph nodes, which are small glands that store white blood cells – responsible for killing invading organisms.

The researchers claim that the identification of these metals inside the pigment could explain why some people suffer bad reactions to tattoos.

In 2015, a study by New York University found that 10 per cent of people had reported suffering an adverse reaction to a tattoo.

But until quite recently, experts had thought it was to do with the inks.

Previous research had shown that there were metal nanoparticles in the lymph nodes of tattooed people.

They ranged from 50 nanometres long, or as small as DNA molecule, to two micrometres long, which is about the size of a bacterium cell.

Nanoparticles are considered more hazardous than larger particles because they have surface area per volume, which can cause a higher release of toxic chemicals.

Tattoos can increase cancer risk – because of the chemicals in the ink, experts warn

Previous research has suggested that inked-up Brits are facing an increased cancer risk – because of chemicals used in their tattoos.

The European Chemicals Agency (ECHA) warned back in 2016 that some tattoo inks could be toxic, and has called for the banning of the potentially-deadly substances.

The organisation’s report claims that the toxic ink could cause long-lasting skin problems, as well as increasing the risk of cancer.

Other side effects include serious allergic reactions to the suspect ink and painful itching which can last for years.

Red inks were described as the most dangerous, but blue, green and black inks also came under fire.

The agency said: “Many reports show concerns for public health stemming from the composition of inks used for tattooing.

“The most severe concerns are allergies caused by the substances in the inks and possible carcinogenic, mutagenic or reproductive toxic effects.”

The team at the ESRF wanted to establish whether there was a link between the metal nanoparticles found in the lymph nodes of tattooed people.

ESRF scientist Ines Schreiver, who co-authored the research, said: “We were following up on our previous study, by trying to find the link between iron, chromium and nickel and the colouring of the inks.

“After studying several human tissue samples and finding metallic components, we realised that there must be something else.

“Then we thought of testing the needle and that was our ‘eureka’ moment.”

‘More than meets the eye’

They began studying ink sample under an intense X-ray and found that when tattoo ink contains titanium dioxide, the needle can erode.

The research, published in the journal Particle and Fibre Toxicology, found that it doesn’t happen with carbon black ink, which is softer.

Co-author Hiram Castillo added: “There is more to tattoos than meet the eye.

“It is not only about the cleanliness of the parlour, the sterilisation of the equipment or even about the pigments.

“Now we find that the needle wear also has an impact in your body.”

Hope for millions as scientists discover ‘cure’ for cat allergy

PEP UP YOUR PUP

WE TRIED TO SAVE HER

“These are long-term effects which can only be assessed in long-term epidemiological studies that monitor the health of thousands of people over decades.”