Taryn Manning slams Orange Is The New Black and her co-stars in rambling Instagram rant: ‘Not one cast member cares about me’

Orange Is The New Black star Taryn Manning has shared another concerning Instagram rant in which she claims none of her cast mates care for her.

The actress shared about a myriad of subjects in a lengthy post that included animal rights, human trafficking, slavery, racism and how she has had her life ‘stolen from a criminal who’s mentally ILL.’

By the second half of the rant, she took aim at the show, her co-stars and the entertainment business as a whole. 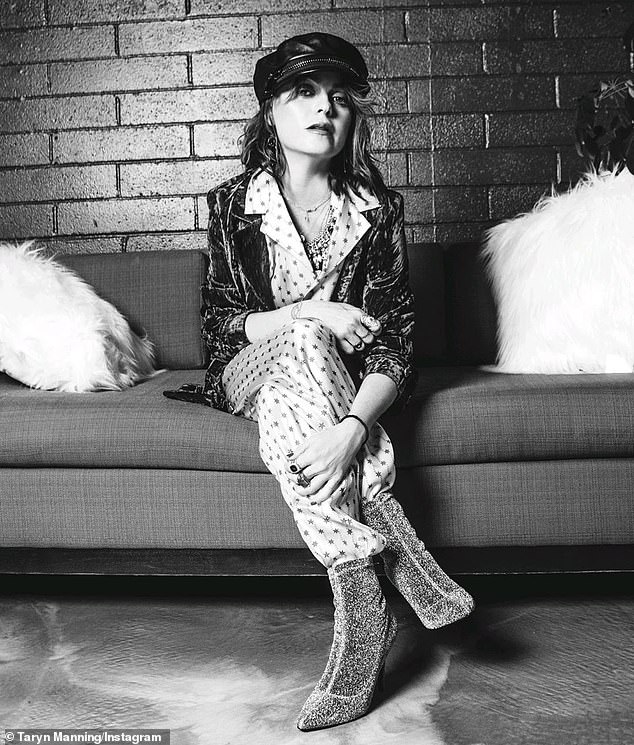 Another rant: Taryn Manning, 40, took to Instagram and shared about a myriad of subjects which included slamming Orange Is The New Black and her co-stars

‘This show hurt me more than anything has in my life and if this is what I have to do to push what I stand for I will,’ Manning wrote, presumably in reference to OITNB, which she did not name in the post.

‘I have to speak out before anything happens to me. F**k fame! This show hurt humans. You will never truly know but many were hurt!’

At times, the actress’ writing was indiscernible with lines like: ‘Just Imagine the ones you never saw again. You think that felt good for them.’ 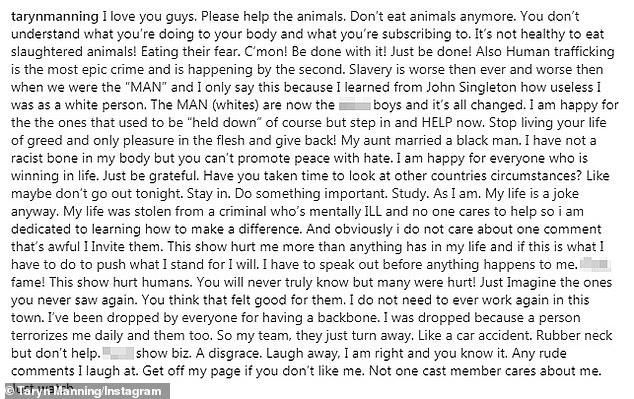 Concerning: The actress also mentioned animal rights, human trafficking, slavery, racism and how she has had her life ‘stolen from a criminal who’s mentally ILL,’ in the post 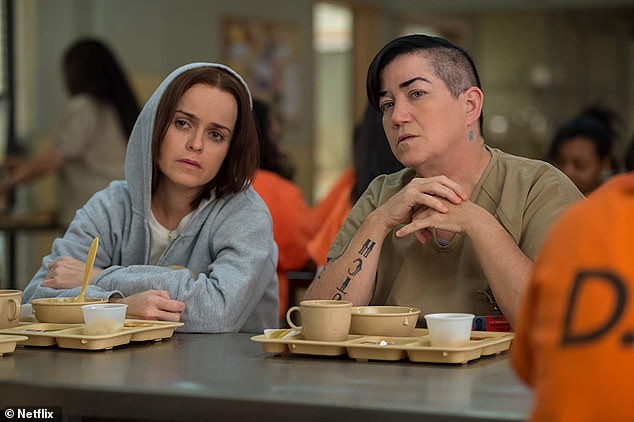 Her take: ‘This show hurt me more than anything has in my life,’ she wrote presumably in reference to OITNB

The Northern Virginia native then said: ‘I do not need to ever work again in this town. I’ve been dropped by everyone for having a backbone.

She added, ‘I was dropped because a person terrorizes me daily and them too. So my team, they just turn away. Like a car accident. Rubber neck but don’t help. F**k show biz. A disgrace.’

Earlier this week, Manning made the decision to skip the OITNB premiere for the seventh and final season after revealing that she was recovering from a cyber attack that has caused her tremendous emotional distress.

She also alarmed people when she shared another post where fans thought she may be suicidal, which she ended up denying.

The actress, who plays Tiffany Doggett, aka Pennsatucky, ended Saturday’s post by declaring, ‘Not one cast member cares about me. Just watch.’ 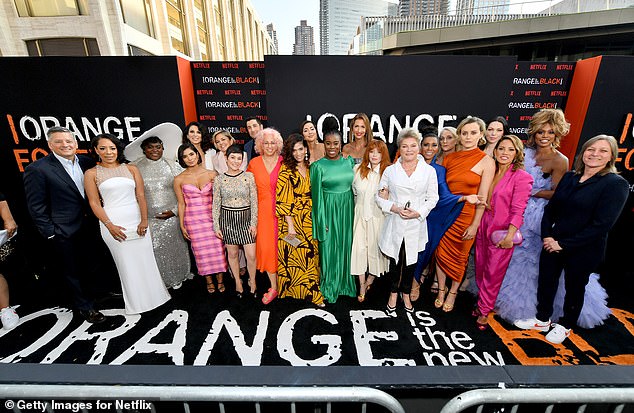 End of an era: Earlier this week, Manning skipped the OITNB premiere for the seventh and final season after revealing that she was recovering from a cyber attack that caused her tremendous emotional distress; the cast are pictured at the NYC premiere 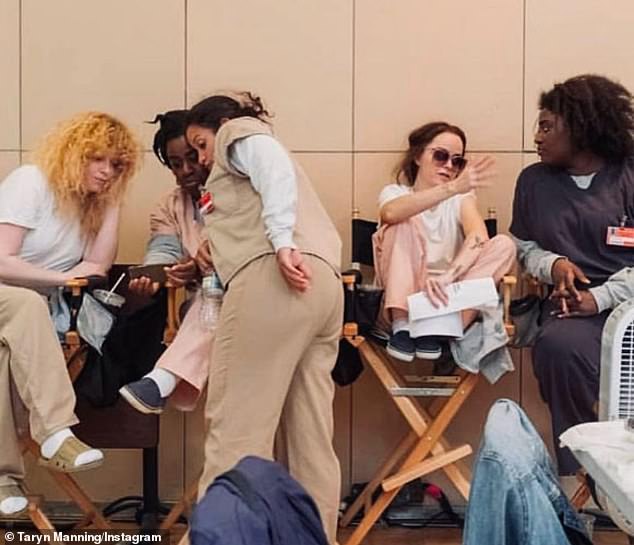 Another rant: Manning shared this picture and explained why she wasn’t appearing at the show’s premiere; ‘I tried to tell everyone. No one cared,’ the actress (second from right) also wrote about feeling ‘isolated and terrorized’ on Instagram on Thursday

A slew of people again shared their concern for Manning in the comments section, along with their confusion over some of her writing.

Co-star Lori Petty, who portrays Lolly on OITNB, wrote, ‘Hey. I love you,’ along with three heart emojis.

Manning responded, ‘Thx bubs I know you do. And I love you. I am giving up everything to speak on how awful this career is and how awful we are treated. How I never knew if I was coming back yet I had seven optional seasons. How I didn’t even know how to plan my life, organize anything cause everything was a secret. Self serving bulls**t, for whatever sick agenda. How some of the most dear characters were just not there anymore. My pals. F**k this show. This show hurt me so bad.’

The final season of Orange Is The New Black premiered on Netflix on Friday, July 26.

Manning starred in all seven seasons beginning in 2013. 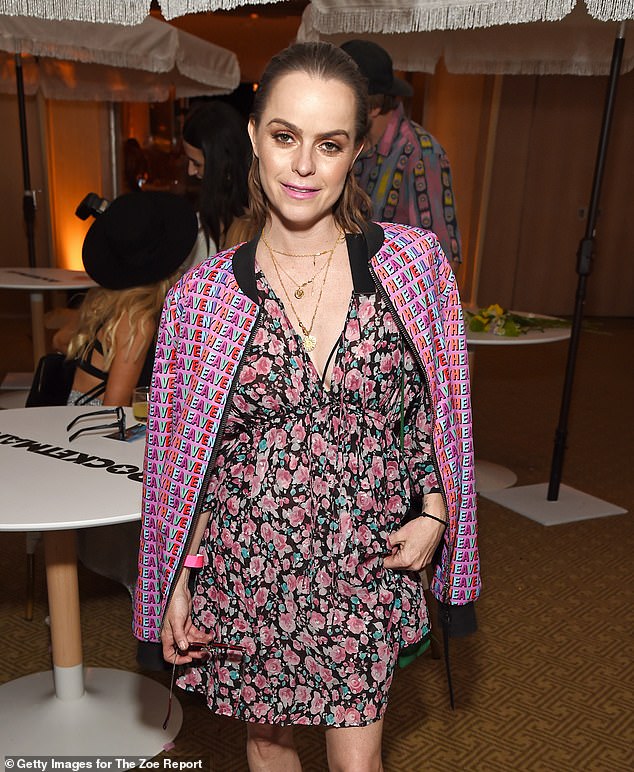 OG: The Northern Virginia native appeared on all seven seasons of OITNB, beginning in 2013 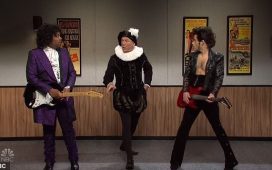 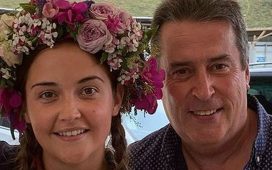 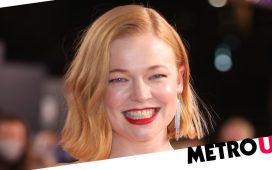 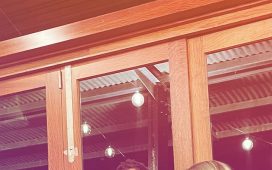