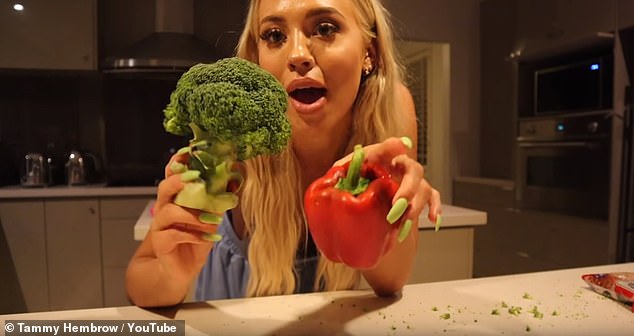 California girl? Tammy Hembrow uses cringeworthy Americanisms like ‘candy’ and ‘bell pepper’ in her latest YouTube video after rumours she wants to move to LA

She was born and raised on Australia’s Gold Coast, but Tammy Hembrow is starting to sound like a Californian valley girl.

In her latest YouTube video, the 25-year-old used several Americanisms – including ‘candy’ – and bizarrely referred to a capsicum as a ‘bell pepper’.

She also adopted a noticeable stateside accent while cooking a meal with her children, four-year-old Wolf and two-year-old Saskia.

Fans couldn’t help but notice Tammy’s unusual accent and use of American English.

Several of her YouTube subscribers remarked on her speech in the comments section, with one writing: ‘The American accent thing is so cringe.’

Another added: ‘Anyone notice that Tammy seems to have like a slight American twang now. I don’t know,is it just me?’ 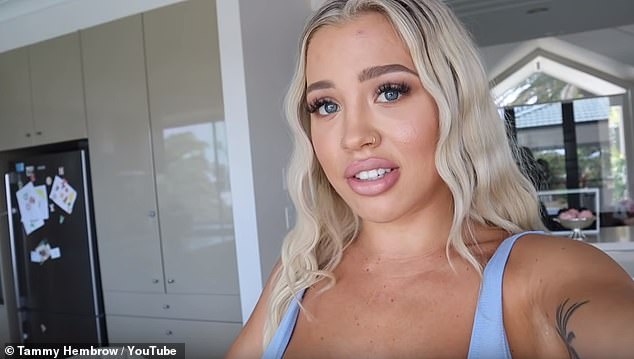 Ambitious: In her latest YouTube vlog, the 25-year-old Instagrammer took her fans into her kitchen before she starts cooking with her two children 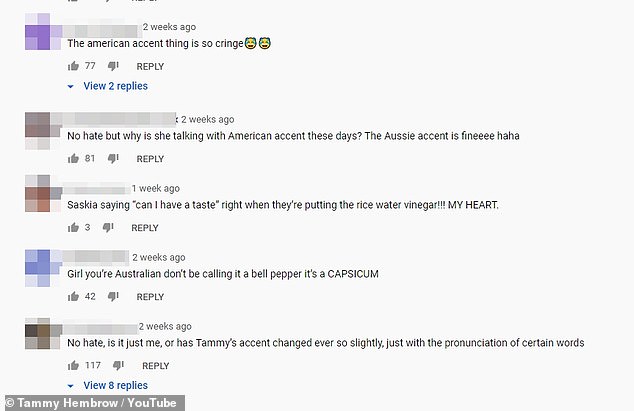 Not impressed! Her fans couldn’t help but notice Tammy’s questionable accent and the endless amount of Americanisms dropped throughout the video

Fans were particularly outraged that she repeatedly said ‘bell pepper’ instead of capsicum.

Tammy has previously discussed with her family the idea of permanently relocating to Los Angeles. 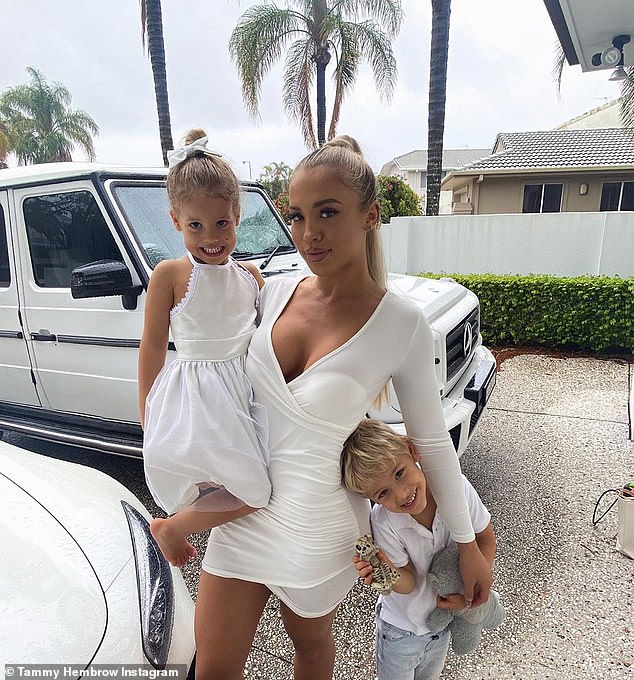 Dream big! The bizarre new clips come after it emerged Tammy had discussed with her family the idea of permanently relocating to Los Angeles (Pictured with her two children- son Wolf, four, and daughter Saskia, two)

In January, her sister Emilee said in a YouTube video that Tammy had been ‘trying to make us all move to LA or America’.

Emilee, who has two young children and is based on the Gold Coast, admitted that she was concerned about the move.

‘I have mixed feelings, because I hear raising kids in America isn’t the best,’ she said. 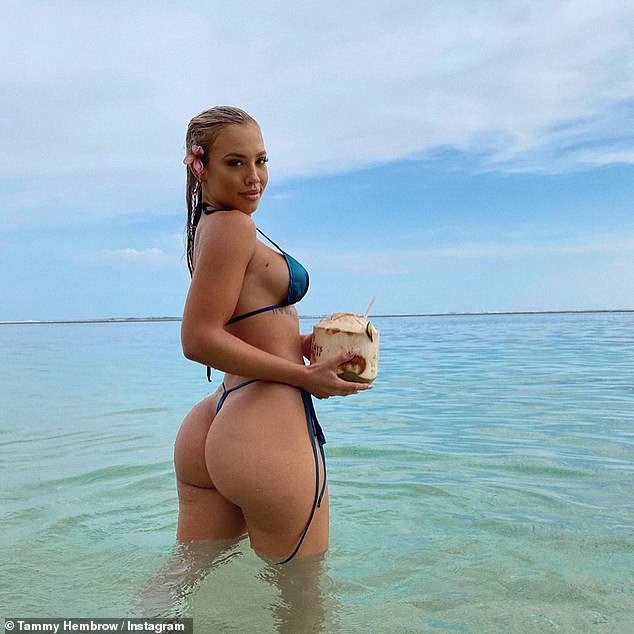 Flaunt it, if you’ve got it! Tammy, who owns her own activewear label, boasts more than 10.4 million Instagram followers and 1.3 million subscribers on YouTube (Pictured in Bali  on Dec 30)

Tammy, who owns her own activewear label, boasts more than 10.4 million Instagram followers and 1.3 million subscribers on YouTube.

She is the daughter of Australian director, screenwriter and musician Mark Hembrow, and has four sisters: Amy, Emilee, Starlette, and Ava.

Tammy was previously engaged to Australian streetwear designer Reece Hawkins, who is the father of her two children, but they split last year.

She was recently linked to U.S. rapper Tyga, who is the ex-boyfriend of Kylie Jenner. 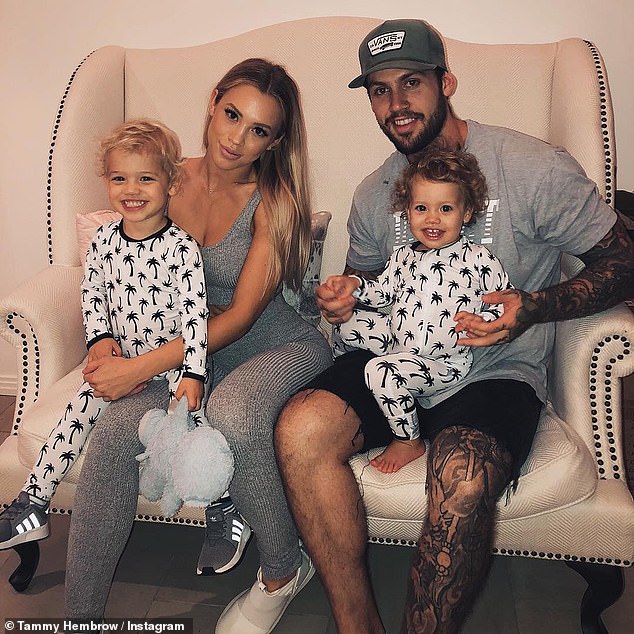 Mixed feelings: ‘I have mixed feelings, because I hear raising kids in America isn’t the best,’ she previously said