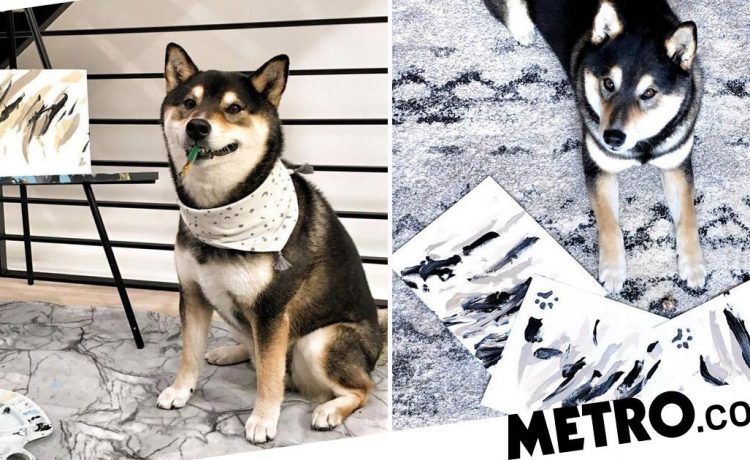 Meet Hunter, who proves that your creative hobby can be a serious money-maker.

Hunter has earned more than £13,000 by selling an impressive 288 paintings to strangers online since March 2017.

We should probably mention that Hunter is a dog. An eight-year-old Shiba Inu, to be specific. That makes this accomplishment even more applause-worthy.

For the last four years, the pup has loved to create abstract artworks by dabbing paint on canvas.

He makes sure to sign each one with a pawprint, then owner Denise Lo, 37, lists the paintings online at £46.91 a piece.

Hunter has set up his canvas and painting tools in front of numerous landscapes, including mountains, lakes, and parks.

Denise, a university instructor from Edmonton, Canada, said: ‘Hunter has always been intelligent and curious; he is always pushing to learn new tricks so we thought we would try painting.

‘We needed some new art for our walls so I thought I would let Hunter paint some.

‘The first time we tried it, we were amazed at how well the painting turned out. He really seemed to enjoy doing it so we just kept going.

‘One thing that always impresses us is how unique each painting is; he can get pretty creative with his brush strokes depending on his mood.

‘We see lots of dabs and checkmarks with the heavier brushes and then some loops and flicks with the lighter brushes.

‘He paints as often as he wants to – we never force him.

‘When we first posted pictures of him on Facebook and Reddit and that picture went viral, we had a lot of people asking us to set up an Etsy page for them to purchase his paintings.

‘He loves to give back and has worked with SCARS [animal shelter charity] by raising over £700 for them.

‘The most he has earned for a painting is £146, which was a special commission piece.’

Hunter’s work has made him an Instagram star, attracting thousands of followers who tune in to watch him live at work.

Denise added: ‘We’ve seen a lot of support for Hunter from everyone over the past couple of years. We love seeing the memes and reading the fan mail that Hunter gets.

‘We feel that Hunter’s work relates to a lot of people especially now with everything being online.

‘People can watch him paint on his Instagram or Facebook account. Sometimes, we do live paint nights on Instagram as well. People can interact, leave comments, and start to build a sense of familiarity with Hunter.

‘Many people who enjoy Hunter’s work are animal lovers or some more specifically, Shiba lovers.

‘One of his most popular paintings is a self-portrait using the the main colours of Hunter’s own fur colours: black, tan, and cream.’


MORE : Sad cat desperately searches for a home after being returned to the RSPCA for the third time


MORE : Guilty-looking dog is caught in the act by ex-detective owner after destroying cushions


MORE : Lockdown love stories will be showcased on the London Underground this Valentine’s Day

READ  Coronavirus outbreak raises question: Why are bat viruses so deadly?
Share on FacebookShare on TwitterShare on PinterestShare on Reddit
newsgrooveJanuary 29, 2021 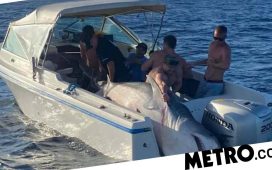 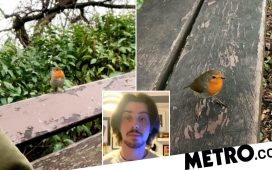