Date nights spent playing board games or painting together spices up a couple’s sex life, according to new research.

Sharing the activities could make Valentine’s Day go with an even bigger bang, say scientists at Baylor University.

Creating art or taking each other on at Monopoly, cards, checkers, chess, puzzles, dominoes or even word games boosts production of a chemical called oxytocin – known as the ‘hugging hormone’ as it’s released during love-making.

Interestingly men wielding their brushes released twice as much as women – or couples doing the games.

Assistant professor of child and family studies Dr Karen Melton at Baylor University in Texas, said: ‘We were expecting the opposite – that couples playing the board games would interact more because they were communicating about the games and strategies, or because they were competing, and with more interaction, they would release more oxytocin.’

This is because it’s linked to bonding and family cohesiveness, she said.

The team also expected painting couples would be more attentive to the instructor and to the canvas than to their partners.

But art class participants instead reported more partner-touching than couples playing board games.

Dr Melton said: ‘Typically, an art class is not seen as an interactive date with your partner.

‘But sometimes couples that were painting turned the activity into a bonding time by choosing to interact – putting an arm around their partner or simply saying, ‘Good job.”

The study published in the Journal of Marriage and Family is the first to examine how distinct types of leisure are associated with the release of oxytocin release.

Dr Melton said: ‘Our big finding was all couples release oxytocin when playing together – and that’s good news for relationships.

‘But men in the art class released 2 to 2.5 times more oxytocin than the other groups.

‘This suggests some types of activities may be more beneficial to males than females – and vice versa.’

Of the four groups it increased most for the men in the art class followed by women playing board games.

Then came the women in the art class and men playing board games. But the last three did not differ significantly from one another.

A significant environmental impact was also identified with couples releasing more oxytocin during activities in a new setting rather than in their homes.

It shows novelty can be an important factor to consider when planning date nights with our partners, said the researchers.

In the study Dr Melton and study co-author, Professor Maria Boccia, recruited 20 couples aged 25 to 40 who were randomly assigned to two types of dates lasting an hour – a game night or art class.

The couples were alone with one of the groups playing familiar board games in a familiar home-like setting that would not require them to read instructions.

Meanwhile, the others were split into two groups of five couples who participated in painting classes at a community art studio.

They painted a simple beach scene with their initials in the sand. The art instructor had prepared the canvases to reduce interactions between each couple.

READ  Amazon and Netflix have potential to enter video games though streaming - Consulting.us

Oxytocin levels were measured by taking urine samples before and after the activities.

The participants also completed a survey that revealed their familiarity with the activities and communication, touch and eye contact with their partners during the sessions.

The physical interactions took place without prompting and lasted briefly.

This differs from other studies in which participants have been asked to perform specific actions as cuddling, hand-holding or massage – sometimes for an assigned period.

Dr Melton said: ‘This has implications for the everyday family – to find those small, meaningful ways to interact when they’re eating dinner together or going for a walk or doing homework with a child or sitting on their couches with their iPad.

‘While, yes, this advice is simple, we also have to make sure we’re doing the hard work.

‘This is the hard advice – we have to make time for our families if we want to have families.’

Dr Melton and Professor Boccia are now planning to explore further what role the environment may play in oxytocin release.

‘The Last of Us Part 2’: One of The Best Video Games with LGBTQ+ Characters – Hollywood Insider 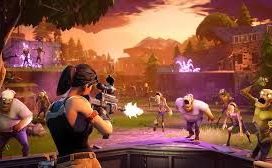