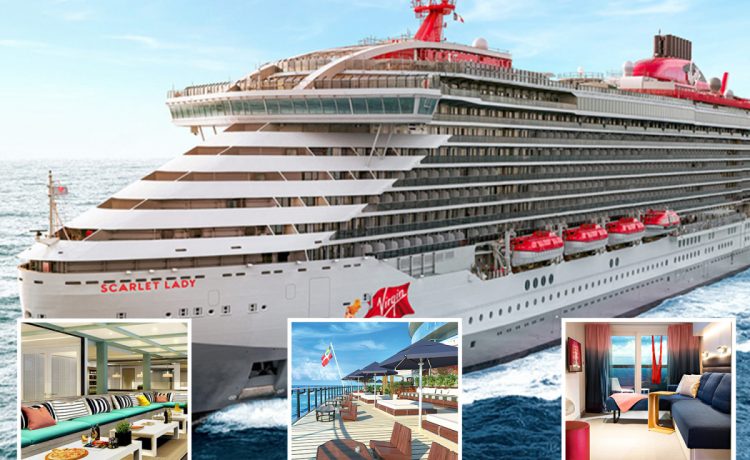 VIRGIN Voyages are launching a number of UK staycation cruises on their brand new Scarlet Lady.

Ranging from three to four-night sailings, passengers will be able to set off from Portsmouth before the ship returns to Miami for their cruise season.

The Summer Soiree series, which will run in August, has three-night Long Weekender trips from Friday to Monday, and four-night Summer WeekDaze trips from Monday to Friday.

Passengers onboard the UK sailings will be the first to board the Scarlet Lady, who’s maiden voyage has been delayed due to the pandemic.

The full itineraries on sale are:

The adults-only cruise liner has all meals and soft drinks included across the 20 restaurants and cafes, as well as the tips and all of the fitness classes too.

Don’t expect a buffet service as the cruise liner has done away with the popular experience, but instead has Michelan star chefs and some 24/7 diners.

Spa experiences and live shows will also be part of the sailing although the exact details are yet to be revealed.

Only UK residents can book the cruises, with sailors having to be fully vaccinated.

There will also be additional safety measures such as testing and capacity restrictions which will be revealed following government advice.

Tom McAlpin, CEO and President of Virgin Voyages: “After more than a year of waiting and a major emphasis on a safe return, we’re ecstatic to announce these new sailings and bring Sailors onboard to experience what it’s like to set sail the Virgin Way.

“We look at our UK summer voyages as a homecoming to pay homage to our British roots, and what an excellent way to kick-off our sailing season before heading back to PortMiami.”

The Summer Soirée Series will officially be up for sale from April 13, with prices yet to be given.

The cruise liner’s Voyage Well promise offers double the amount paid in Future Voyage Credit or a full refund plus a credit for 25 per cent if the trip is cancelled.

If you can’t travel, but someone else can, you can also change the name on the ticket for free up to 48 hours before travelling.

UK cruises: The best sailings to book including P&O and Cunard from £399pp

We’ve rounded up the best companies, including cruise liners, who have Covid cover and protection.

P&O’s UK cruises start from £449pp this summer while Cunard summer UK cruises are on sale from £599pp. 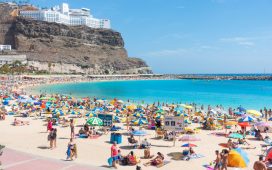 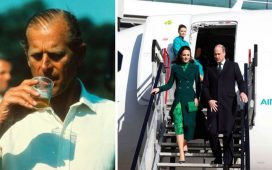