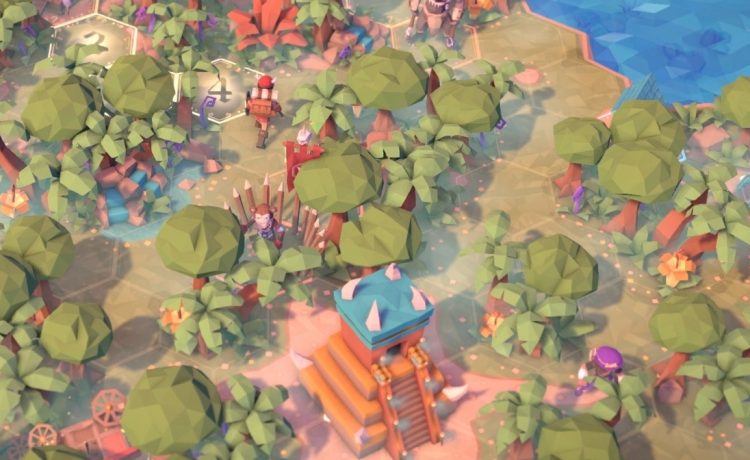 For the King was a game that I enjoyed immensely when it released back in 2018, and now developer IronOak Games has revealed it’ll be bringing the table-top-style fantasy adventure’s very first paid expansion, Lost Civilization, to PC on 10th February.

For the King received a generous helping of free DLC updates following its launch on PC, Xbox One, PS4, and Switch, adding the likes of new nautical adventures, journeys to icebound climes, and even a special “uncooperative mode”.

Lost Civilization, however, will be For the King’s first paid expansion – or Adventure Pack, as IronOak is calling it – and introduces a brand-new jungle region, arena battles, wands and dual wielding, two new playable characters, and “tons of” new enemies and loot.

Uncover the mysteries of the Lost Civilization in our first ever #ForTheKing Adventure Pack DLC!
Out Feb. 10th on Steam, Windows, and Epic for .99 USD.https://t.co/gbohVqefhk pic.twitter.com/FtElNHxRWN

For the King, if you’re unfamiliar, is a heap of fun (as long as you don’t mind a challenge), combining familiar RPG stables – think dungeon crawling, questing, turn-based exploration and combat, loot acquisition, and so on – with the RNG-heavy, luck-mitigation design of board games like Arkham Horror.

It streamlines all that into a light-hearted, optionally co-operative rogue-like adventure, also packing in procedural elements, a day-and-night cycle that affects encounters on the map, a Chaos system that constantly threatens to engulf the world in evil, and a heap of story vignettes, encompassing everything from mysterious ruins and haunted carnivals to kraken-infested waters. The result is a wonderful little story-generator, which manages to feel sufficiently different with each new run.

“It’s pretty, yes, but it’s also pretty brutal,” said Eurogamer contributor Vikki Blake of For the King back in 2018, “and quick to punish even the simplest of mistakes. But if you’re a fan of tabletop RPGs and have a couple of sadistic pals to keep you company, it’s a Kraken little game that’s sure to delight – and dismay – in equal measures.”

For the King’s Lost Civilization Adventure Pack will cost £4.99/$5.99 USD when it comes to Steam, Windows 10, and the Epic Games Store on 10th February, and there’s currently 60% off the base game on Steam too, bringing it down to £6.19. There’s no word on a console release as yet, but hopefully IronOak will have more news on that front soon.