Supermoon 2019: A Supermoon will grace the skies this week – When is the Supermoon? 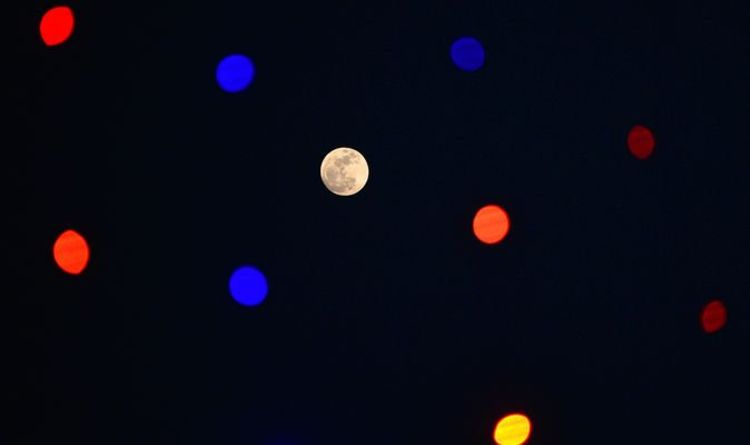 The new year began in celestial style with a trio of full Supermoons in as many months. We are now in the midst of three New Supermoons in the space of a few short weeks and this Friday’s Supermoon is arguably the most important of the year. Express.co.uk explains what is meant by this lunar event and when we can expect it to arrive.

A Supermoon is classified as a New or Full Moon coinciding with the Moon’s closest point to Earth in its monthly elliptical orbit – known as perigee.

The original definition of Supermoon, originally coined by astrologer Richard Nolle, states a Full Moon or New Moon must come within 90 percent of its closest approach to Earth.

A New Moon is the start and end of the monthly lunar cycle, when the Moon’s Earth-facing side is not illuminated by the Sun.

A Full Moon, conversely, the lunar phase when its entire disc is lit-up.

When is the next Supermoon?

The first Supermoon of the year actually occurred on August 1.

Friday presents the closest new moon Supermoon of the year.

This means it is the year’s closest coincidence of new moon to lunar perigee, the moon’s nearest point to Earth in its monthly orbit.

The New Moon will officially occur at 10.37am UTC, while perigee falls not far behind, at 3.57pm UTC.

READ MORE: When is the ominous New Black Moon? What does it mean?

READ  Ring of Fire map: Where did the California earthquake hit in the volcanic hotbed?

What is the New Supermoon’s effect?

He wrote: “Although you can’t see a new moon Supermoon, its impact can be seen along the ocean coastlines.

“The tidal influence of the extra-close new moon and the sun team up to usher in extra large spring tides, whereby the range between high and low tide is especially profound.

“Spring tides are not named for the season, but in the sense of jump, burst forth, or rise.

“Spring tides typically occur at the vicinity of New and Full Moons.”

The Severn Bore phenomenon occurs because this river spills into the narrow Bristol Channel.

A tidal bore occurs when a wave travels up a river in a direction against the current.

This tidal range is the world’s second highest and it is usual for waves to flow backwards.

It possible to see a 10m wave only immediately after a Supermoon.