Supergirl actress Chyler Leigh is opening up for the first time about her decade-long battle with bipolar disorder.

Leigh, 37, said she was struggling to balance her work and her personal life when she was diagnosed 10 years ago.

Things hit a ‘breaking point’ when she suffered a manic episode during which she couldn’t sleep and was hospitalized, she told PEOPLE in an exclusive interview.

Leigh says she is now in ‘good place’, but admits it was a a ‘very, very difficult journey’ to learn how to manage her disorder.

She’s now teamed up with Be Vocal, an initiative to encourage people speak up about mental health, to de-stigmatize bipolar disorder and to remind those suffering that they don’t need to be afraid to ask for the help they need. 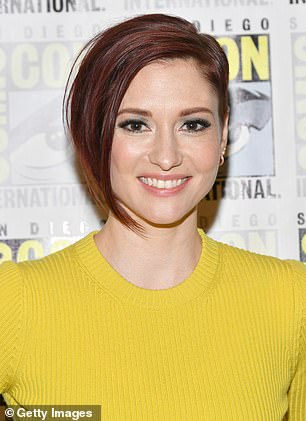 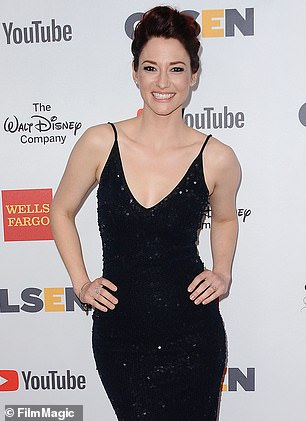 Chyler Leigh, 37, said she felt something was wrong from a young age when she went through erratic mood swings. She was diagnosed with bipolar disorder in her late twenties. Pictured: Leigh at Comic-Con International, July 2018, left; and at the GLSEN Respect Awards, October  2017, right 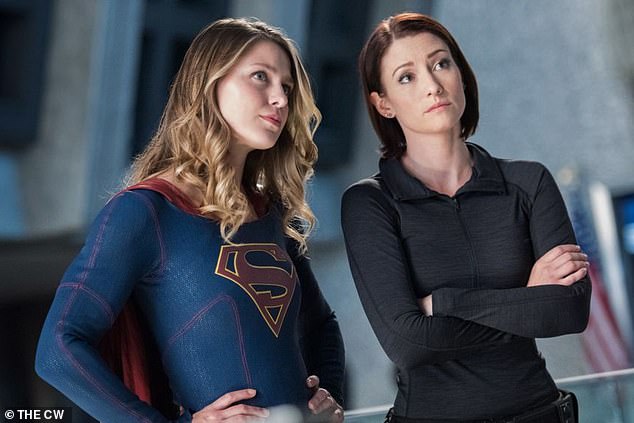 Leigh said she felt like she was ‘drowning’ prior to her diagnosis trying to manage her mental health, her career, her husband and her children. Pictured: Leigh, right, with her co-star Melissa Benoist in a still from Supergirl

Leigh has a family history of bipolar disorder. Specifically, her mother battled the disorder while Leigh was growing up, when the condition was still called manic depression.

She told Be Vocal that she said she felt something wasn’t right from a young age.

READ  Trump says U.S. will soon have more ventilators than it needs for virus victims

‘It was a lot of depression, just bouts of depression where it was debilitating, but it was the ups and downs, it was the swings, and once I got closer to being diagnosed, they were happening so often that I kinda spun myself out,’ she said.

Leigh said she was overcome with fear when she was officially diagnosed with bipolar disorder in her late twenties.

‘…When I first got the bipolar diagnosis it was sort of like: “Oh my gosh, if that was me, how on Earth am I going to deal with this?”‘ she told PEOPLE.

‘[I thought:] “Am I in the same place? Am I equipped? Do I have what it takes to actually really genuinely take care of myself?”‘

Bipolar disorder is a brain disorder which causes unusual and often sudden changes in mood and energy levels.

It is unknown what causes bipolar disorder, which affects around 5.7 million US adults aged 18 or older.

Scientists say genetics could play a role and that those with a family history of bipolar disorder are more likely to have it.

Environmental factors can also trigger the disorder, such as a stressful or traumatic event. 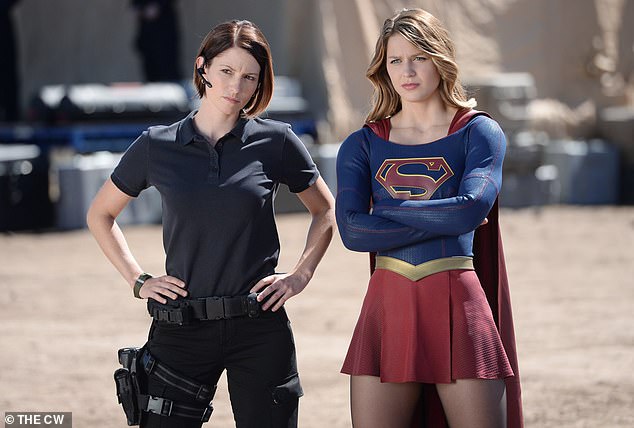 Leigh visited different psychologists and psychiatrists, and, at one point, was on six medications at the same time. Pictured: Leigh, left, with her co-star Benoist in a still from Supergirl

READ  Explaining the US measles outbreak 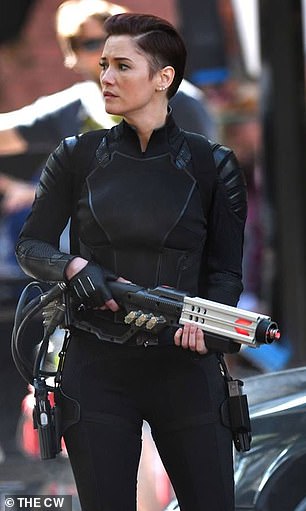 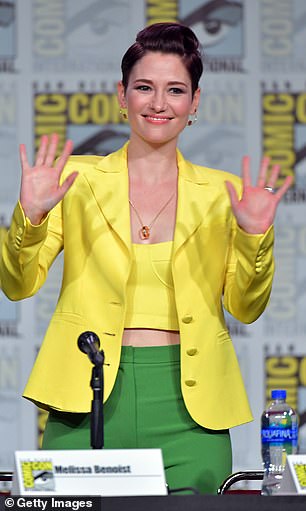 She said her medications all counteracted each other and made her feel ‘nothing’.  In 2011, after reaching a ‘breaking point’, Leigh was hospitalized for several days. Pictured: Leigh in a still from Supergirl, left, and at Comic-Con International, July 2019

Prior to her diagnosis, Leigh was trying to balance her career, her marriage to actor Nathan West and caring for their three children: Noah, 16; Taelyn, 13; and Anniston, 10.

‘We have three kids that are also living with either a mental health condition – we have ADHD, we have Asperger’s, high-functioning autism – that’s all of my three kids,’ she told PEOPLE.

‘So that, [and my] career, trying to make [our] marriage work, dealing with all these symptoms and not knowing what to do with it, that’s where I kinda hit my breaking point and I shut down completely.

‘During that point, right before I was diagnosed, I was like: “I’m drowning, I’m drowning.”‘

She visited different psychologists and psychiatrists, and at one point was on six medications at the same time, which all seemed to be counteracting each other.

‘It made me feel nothing, and that to me was more important than feeling happy or feeling sad,’ she said. 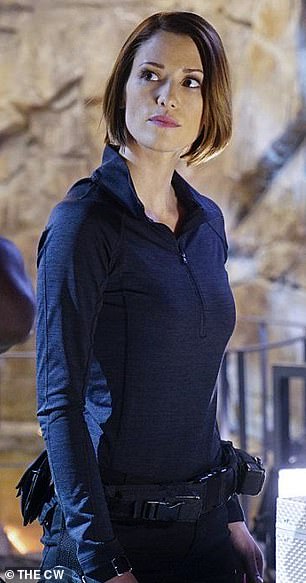 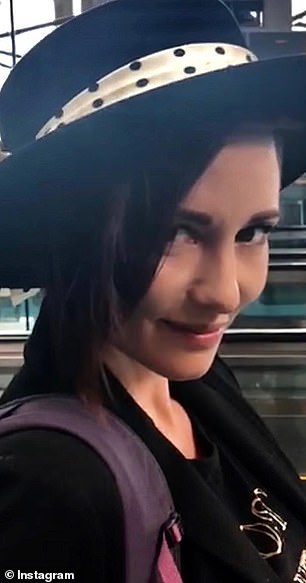 Once she was released from the hospital, she got on new medication under supervision from her doctor. She said she also began to rely more on her husband her supportive network of friends. Pictured: Leigh in a still from Supergirl, left, and right 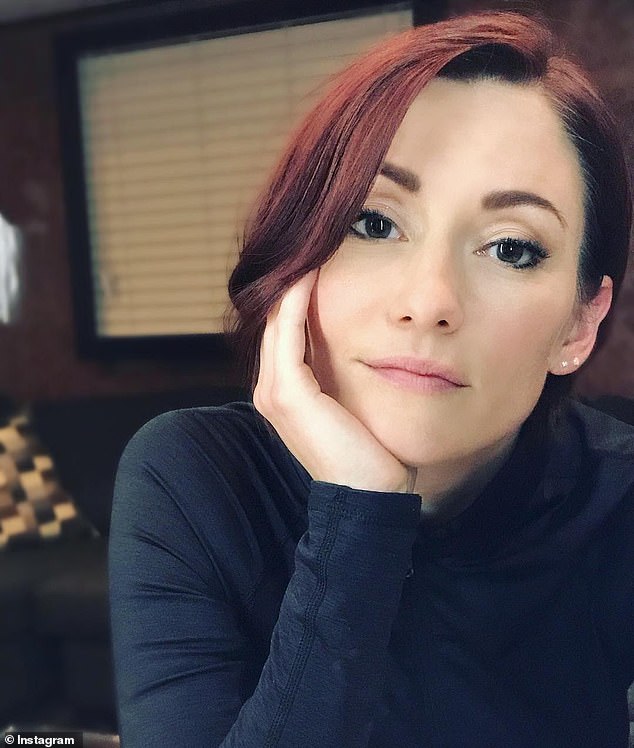 Leigh (pictured) has teamed up with Be Vocal, an initiative to speak up about mental health, to help de-stigmatize bipolar disorder

Even though Leigh didn’t experience mood swings anymore, it wasn’t the right combination of drugs.

This led to a ‘pretty severe breaking point’ during which she wasn’t sleeping, and Leigh was hospitalized for several days in 2011.

Once she was released, she was put on a new medication – under her doctor’s supervision – and vowed to rely more on her husband her friends.

Leigh hadn’t publicly shared her diagnosis until partnering with Be Vocal, but now she hopes to encourages others going through the same thing to speak up.

‘We have an incredible opportunity to change the narrative and change the conversation, and lead people to places that can encourage them and really take them where they need to go,’ she told PEOPLE.

‘It’s okay to not be okay. And it’s incredibly important to reach out. Be willing to let your guard down a little bit to be able to find that community. And also know that if you’re really struggling that there are so many resources.’

Young people could be let out of coronavirus lockdown first, experts say 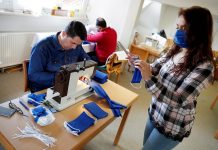 How to calculate my BMI

Coronavirus symptoms: 5 early warning signs of Covid-19 and how to tell if it’s NOT cold or flu

Coronavirus warning: How to tell if it's NOT vitamin D deficiency – signs YOU are infected

'Do not resuscitate' orders have caused panic in the UK. Here is the truth | Rachel Clarke