In his new role, Carle will serve as a ‘strong advocate for digital producers, guiding their journey and encouraging authentic partnerships with a broad variety of brands’.

Carle also served as SVP of Network Talent for Studio71 where he was responsible for growing the company’s creator network. He has worked with a number of top creators including Matthew Patrick, The Game Theorist, Jon Cozart, and Patreon’s Jack Conte’s personal projects. He also worked as an Associate Writer at World Wrestling Entertainment (WWE), where he drafted original content for more than 350 episodes, as well as work with talent to develop character arcs prior to their debut.

Mike Wann, Chief Strategy Officer for Super League Gaming said: “We are invested in bringing seasoned folks into the organization that know how to help creators grow, and John is no exception.

“John has a proven track record and long history of helping creators both small and large turn their passions into their career. With his expertise and leadership, we are well-positioned to continue with our mission of connecting audiences to content around the shared love of gaming.”

Carle added: “I am thrilled to join Super League and continue my work as an active voice for content creators and this robust community. Super League continues to be an industry leader when it comes to their product offerings for creators. Helping build careers with creative people has always been a passion of mine and I am excited to do so with the Super League and Mobcrush tools. Let’s get to work!”

As an engaged voice in and for the content creator community, Carle has both moderated and spoken on panels at VidCon and Playlist Live. He also sits on the Streamy Awards Blue Ribbon Panel judging committee.

Esports Insider says: Content is king in any form of business growth, but especially so in esports and gaming. John Carle brings a wealth of knowledge and experience that is sure to help Super League during this time of growth and partnership activations. 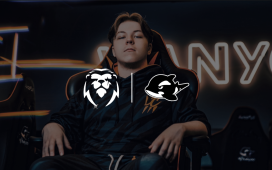