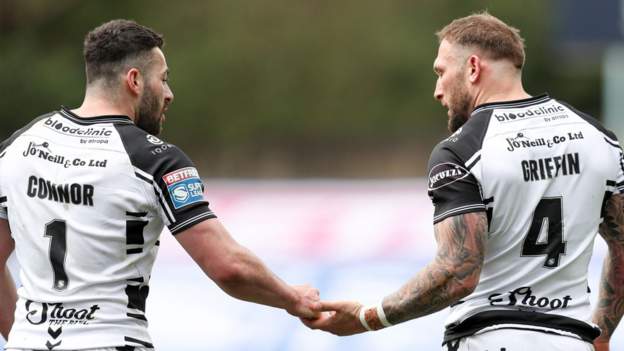 Brett Hodgson got off to a winning start as Hull FC boss as his Black and Whites beat Huddersfield Giants in some comfort at Emerald Headingley.

Marc Sneyd, who also kicked five goals, then set up new man Josh Reynolds for the killer third try to make it 22-0.

Ricky Leutele and James Gavet scored tries late on to give the scoreboard some gloss but it was too late.

And it meant defeat for former Salford boss Ian Watson, who was also taking charge of his first game.

Former Huddersfield and Warrington full-back Hodgson was appointed at Hull in November, just a week after Watson took charge of the Giants.

READ  Isner fights back to beat teen Auger-Aliassime in Miami semis
Share on FacebookShare on TwitterShare on PinterestShare on Reddit
newsgrooveMarch 28, 2021