Sunak and Truss ramp up leadership campaigns ahead of regional hustings 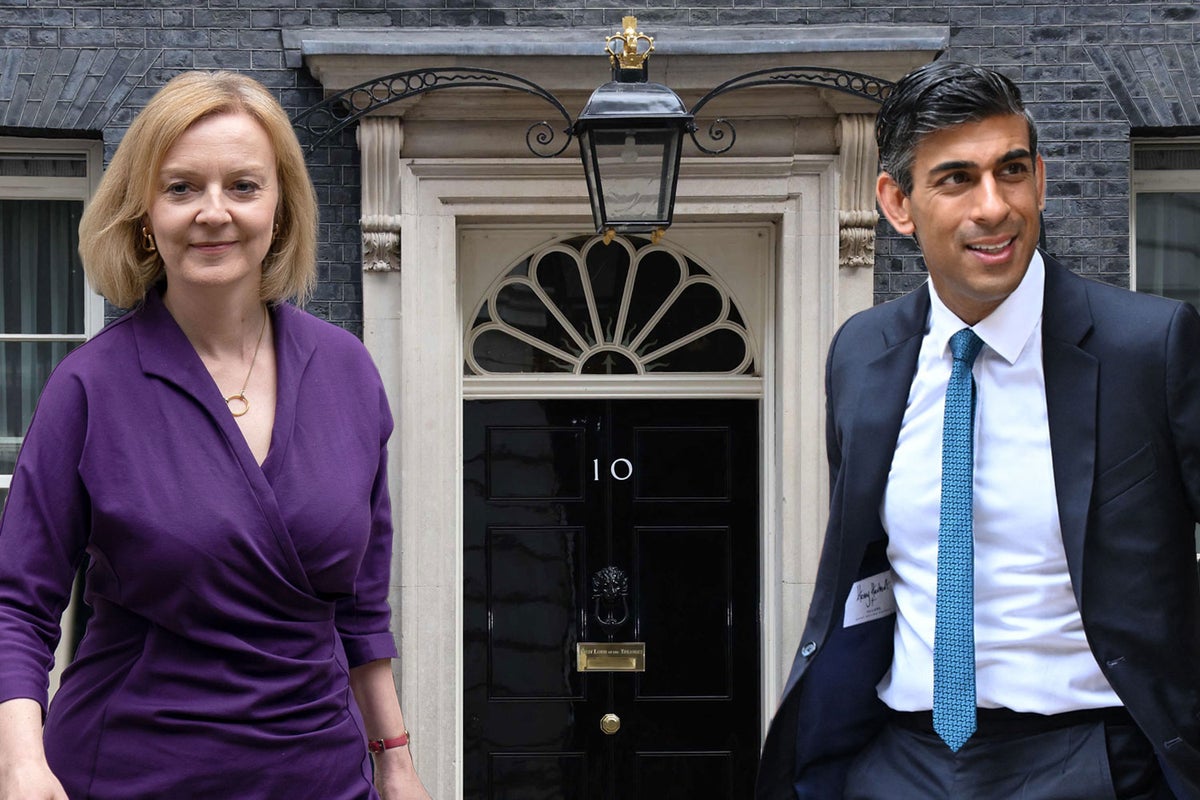 ishi Sunak and Liz Truss have stepped up their Tory leadership campaigns ahead of a series of regional hustings.

The challengers have clashed over economic policy and the timing of tax cuts amid rising inflation.

Sunak used a speech in Grantham, the birthplace of Margaret Thatcher, to kick-start his campaign as he bids to get the backing of Tory members having won more votes from MPs than his adversary.

He also took aim at his rival’s Brexit credentials in his speech on Saturday morning, which warned about the dangers of inflation as he promised to put the UK on a “crisis footing” if he enters No 10.

He labelled himself the “underdog” in the battle to be named the next prime minister following the resignation of Boris Johnson.

Sunak, who was joined on his visit by daughters Krishna and Anushka as well as wife Akshata Murthy, told the crowd: “The forces that be want this to be a coronation for the other candidate. But I think members want a choice and they are prepared to listen.”

The former chancellor also took aim at his opponent’s grasp of Brexit with Truss, the foreign secretary, having been in the Remain camp.

He said: “If we are to deliver on the promise of Brexit, then we’re going to need someone who actually understands Brexit, believes in Brexit, voted for Brexit. We have to tell the truth about the cost of living.

“Rising inflation is the enemy that makes everyone poorer and puts at risk your homes and your savings. And we have to tell the truth about tax. I will not put money back in your pocket knowing that rising inflation will only whip it straight back out.”

Meanwhile Truss said on a visit to Kent that she would install a “strong” health secretary to tackle that NHS backlog, reiterated her commitment to tax-cutting policies. She is seen as the front runner among grass roots Tory party members who will decide the winner.

She said: “I think it is wrong to be taking money from people that we don’t need to take, when people across the country are struggling with the cost-of-living crisis.

“We know fuel bills are higher. We know that food bills are higher. And what my changes would do is help people with the cost of living, but also drive growth in the economy that’s going to lead to higher tax revenues so we can pay back that debt.”

She said she was being “honest” about the economy, hitting back at the suggestion that her plans are unrealistic.

She added: “I’m being very honest about the situation. We face the biggest economic crisis we have for a generation and now is not the time for business-as-usual.”

Ms Truss refused to respond Sunak’s view that she was the clear frontrunner, telling reporters: “I want the support of Conservative members. I’m somebody who is campaigning as a Conservative and will govern as a Conservative.” She also declined to comment on which candidate was more Thatcherite while attacking EU red tape.

Meanwhile her role as Foreign secretary she claimed that the French had not placed enough border workers at ports leading to a huge backlog at Dover.

On a weekend in which the two rival camps traded blows over tax cuts and economic credibility both appeared united on the need to toughen up UK policy on migrants as Truss promised an expanded Border Force and Sunak committed to an annual cap on the number of refugees.

The campaign so far had seen both candidates re-commit to the Government’s controversial Rwanda asylum scheme, over which Britain currently stands to lose the £120 million it has paid to Rwanda if the plan to deport migrants is ruled unlawful by the courts.

Both campaigns also received backing from prominent supporters over the weekend, with Deputy Prime Minister Dominic Raab, a supporter of Mr Sunak, telling BBC Radio 4’s Today programme that only the former chancellor had set out a “credible” plan on the economy and on the NHS.

Ms Truss and her tax proposals were also the subject of a a vigorous defence by ally Simon Clarke, the Chief Secretary to the Treasury.

In a series of posts on Twitter, he said that it was time to “explode the myth” that cutting taxes is anti-Conservative, and hit out at what he called “project fear material”.

The challengers are heading off on regional hustings in appeals to party members.

A BBC debate, Our Next Prime Minister, takes place at 9pm, in front of an audience in Stoke-on-Trent. the race will end with the announcement of the next Prim Minister on September 5.