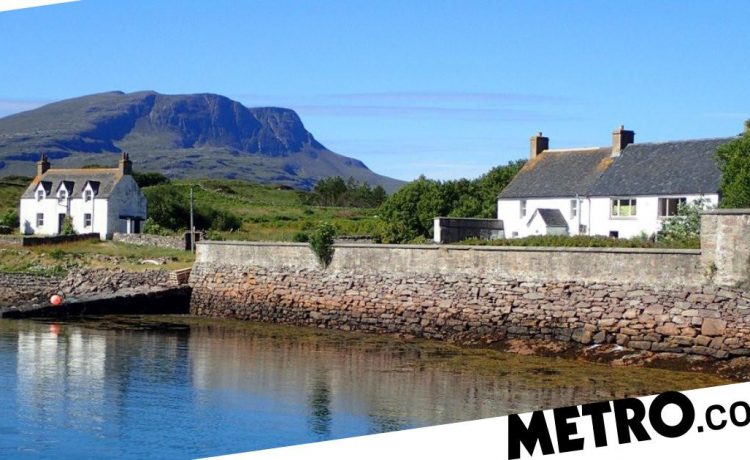 Looking to really get away this summer?

Why not throw your hat into the ring for a chance to be the caretaker of an uninhabited 400-acre Scottish island?

The Isle Martin is looking to take on a Temporary Resident Caretaker/Housekeeper to look after the island over the summer from June to September this year.

It isn’t a paid position, however expenses to the value of £150-a-week will be provided.

The role will involve the caretaker managing ‘their own duties drawn up in agreement with the Trustees’ for just around three hours a day.

This could mean greeting visitors, assisting visiting volunteers, cleaning toilets, and supervising/carrying out cleaning in line with Covid compliance.

Accommodation will also be provided for free, with the ad saying it will probably be in the Boa House, which is where the island café is, and located at the back of the beach.

The island as a whole is without electricity, however there will be enough available for the successful applicant(s) to charge a phone or laptop.

There are holiday homes on the isle, however this year the Trust has decided not to rent them out, so it should be quiet enough to suit even the most private of people.

The ad reads: ‘There is scope to enjoy many opportunities the island offers such as ornithology, walking, water sports, art, archaeology, gardening, general care for the land, buildings and environment.

‘We welcome volunteers who bring specific skills they may wish to share for the benefit of the community during their time on the island.’

The position is open to one or two people, but at least one of these must have powerboat driving competency.

The Isle Martin Trust was established over 20 years ago to care for the island on behalf of the nearby communities.

The isle serves as a bird sanctuary near the Summer Isles, with the nearest mainland is a little less than a mile away at Ardmair.

If you want to apply, all you need to do is email your contact details and at most 500 words about yourself and your relevant knowledge and skills, as well as why you deserve the role to info@islemartin.org.

You can also attach a CV, and the subject line should include ‘CARETAKER’ and your name.

The Isle Martin Trust recently extended the deadline to 10pm on 1 June, and their ad says that if you haven’t heard back by 10 June, your application wasn’t successful.


MORE : You can buy a 14th century house that has hosted royalty for £4million


MORE : Treasure Island-themed mansion with pool, bar and cinema on sale for £4million