Stuart Bingham hit a serious purple patch on Thursday at the World Open, turning in one of the performances of the season to beat Mark Selby 5-2 in the last 16.

The 2015 world champion was up against it, with Selby coming off his superb victory at the English Open and taking an early 2-0 lead, with a break of 86 in the second frame.

The Jester from Leicester looked very comfortable at this stage but then he met the full force of Ball-run, who hit his stride in spectacular style.

In frames three to six, Selby managed to get just five points on the board, and that came from a foul with the three-time world champion not potting a single ball.

The English Open champ did precious little wrong in the contest as Bingham showed that he is going to be a force to be reckoned with in the latter stages of the event, and a serious contender to claim the £150,000 top prize.

Former world champion Joe Johnson on commentary said: ‘I think Stuart will remember this match for a very long time, and why shouldn’t he? Magical snooker.’

The performance came quite out of the blue from the Basildon man, having had a very quiet start to the season so far, falling early at the English Open and International Championship, while failing to qualify for the China Championship and Riga Masters.

Bingham will now take on either John Higgins or Graeme Dott in the quarter-finals as he looks to reach a semi-final for the first time since last season’s Gibraltar Open, which he went on to win.

Thailand’s Thepchaiya Un-Nooh was the first to book his spot in the quarter-finals as he beat compatriot Sunny Akani 5-3 on Thursday, continuing his good form.

The Shootout champion won the Haining Open last week, beating Mark Selby himself, en route to the victory in the non-ranking event.

NRL 'not a law unto themselves', says Australia's deputy chief medical officer 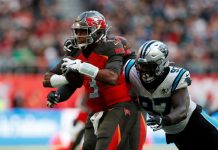 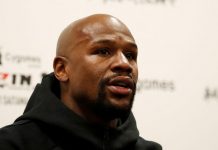