Strictly Come Dancing star Kevin Clifton has admitted to turning to alcohol during the breakdown in his marriage to ex-wife Karen Clifton.

The 35-year-old opened up in his new podcast series, The Kevin Clifton Show, where he revealed that the breakdown of his marriage felt like ‘depression’ and he ‘started drinking a lot’.

‘I fell into a real tough spot. I started drinking a lot. I was going out and drinking all the time.’

Kevin also admitted that he was ‘constantly stressed out’, and shortly after he and Karen broke up, he started ‘drinking more’, but he is now ‘happier than ever before’.

‘It escalated even more after that. I started drinking more and I was more sad.

‘My life over the past year has gone from darkness, despair and self-hatred to everything going so much better.

‘I’m so much happier now than I was a year ago.’

Metro.co.uk have contacted a rep for Kevin for a comment.

Kevin and Karen got married back in 2015, before the two divorced in March 2018.

Karen also recently made a supposed subtle dig at Kevin on Instagram stories, as the two prepare to face each other at work again on the new series of the BBC dance show.

Posting a picture of a confused-looking dog, the 37-year-old captioned the post: ‘when someone says have fun at work.’

Despite this, the Venezuelan admitted that she is ‘happy if he’s happy’ when questioned about her ex’s relationship with Stacey Dooley.

‘I don’t really know anything about their relationship. ‘When we go in, we’re literally going crazy with all the routines,’ she told Fubar Radio.

‘But you know what he looks extremely happy, so I’m happy that he’s happy.’ 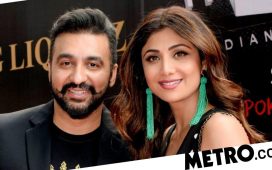 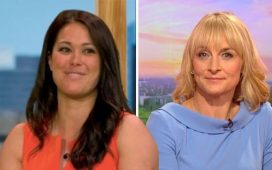 Louise Minchin to be replaced by Sam Quek? Dan Walker wades after viewers call for move 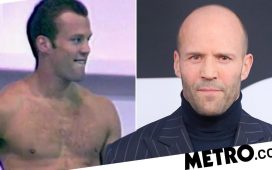