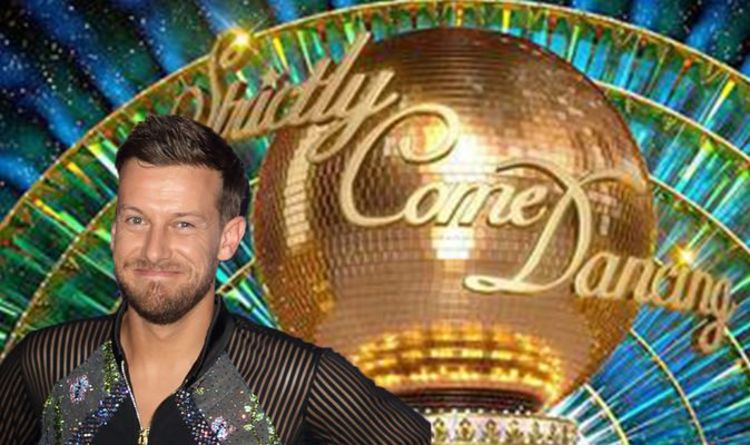 All of this year’s Strictly Come Dancing contestants are getting ready to put on their dancing shoes and take to the floor.

They have yet to be told who their dance partners will be, which is kept a secret until the big reveal next Saturday.

While the celebrities emerge themselves in the Strictly bubble, the BBC show’s official Twitter page has posted a series of mini-interviews with the stars.

During his Q&A session, comedian Chris Ramsey dropped a bombshell related to his future on the dancing show.

One of the questions that popped up asked Chris why he decided to sign-up and he joked he may quit the show.

He said: “I don’t even know if I’ve actually properly decided I’m definitely gonna do it yet.”

Elsewhere in the clip, Chris was asked who is dance icon is and the comedian struggles to name someone.

He remarked: “I don’t think I have a dance icon who I look up to. I’d like to get so good during this process that I become me own dance icon.

“I couldn’t even say that without laughing.”

The Strictly star then revealed he has an unusual skill he can bring to the BBC show.

“I think the most important thing I can bring from stand-up comedy to Strictly is how to deal with utter humiliation,” Chris said.

“My signature dance move is walking through the dance floor to the buffet table.”

Over a number of past series there have been rumours of same-sex pairings but the show has yet to assign one.

Now, the BBC have confirmed they are “open” to the idea if the opportunity arises.

A spokesperson told Express.co.uk: “Strictly Come Dancing is an inclusive show and we are proud to have featured same sex dancing amongst the professional dancers in group numbers in previous series.

“We are completely open to the prospect of including same sex pairings between our celebrities and professional dancers in the future, should the opportunity arise.”

Judge Craig Revel Horwood has spoken out in favour of a change to the line-up in the past.

“I think more and more people want it – maybe the BBC will be brave enough one day to do it,” he remarked.