They were separated by thousands of miles and the two sets of builders could not conceivably have met or swapped notes, but intriguing parallels between Stonehenge and Japanese stone circles are to be highlighted in an exhibition at the monument on Salisbury Plain.

The exhibition will show that ancient people in southern Britain and in Japan took great trouble to build stone circles, appear to have celebrated the passage of the sun and felt moved to come together for festivals or rituals.

Circles of Stone: Stonehenge and Prehistoric Japan will flag up similarities between the monuments and settlements of the middle and late Jōmon period in Japan and those built by the late neolithic people of southern Britain – and point out some of the differences.

The exhibition will feature 80 striking objects, some of which have never before been seen outside Japan. Key loans announced on Wednesday include a flame pot, a highly decorated type of Jōmon ceramics, its fantastical shape evoking blazing flames. Such pots were produced in Japan for a relative short period, perhaps only a few hundred years.

Also featured will be fragments of dogū, clay figurines that have been found at Jōmon settlements and stone circles and may have represented earth goddesses or spirits and been used in fertility or healing rituals. It is believed that many dogū were intentionally broken and scattered during ceremonies.

Among the Japanese sites that will be in focus is that of the Ōyu Stone Circles in northern Japan. It does not feature the sort of hulking standing stones that Stonehenge is famous for but rather two large circles made of thousands of river pebbles.

The circles include small standing “sundial” stones that align to the sun on midsummer daybreak. At Stonehenge on the longest day of the year, the sun’s first rays shine into the heart of the monument.

Dr Susan Greaney, a senior properties historian with English Heritage and a curator of Circles of Stone, said the Wiltshire and Japanese circles suggested a “shared response” to their creators’ environment and seasonal cycles.

“To understand the significance of Stonehenge, we have to understand what is happening elsewhere in the world in prehistory,” she said. “Although there was obviously no contact between Japan and Britain at this time, there are surprising parallels.”

Greaney said Jōmon people and their neolithic counterparts in southern Britain shared the same sort of climate, topography and access to natural resources. Both were building stone circles aligned with the movements of the sun and took great care to remember their ancestors. Both peoples produced similar tools and pots and created settlements around important monuments.

“But there are also really interesting differences,” Greaney said. She argued it was not fair to say that because the Japanese produced more elaborate ceramics, they were more advanced – it could be, for instance, that it was taboo in neolithic Britain to make objects representing the human figure. Or that the ancient Britons had the upper hand because they were farmers, whereas those who built stone circles in Japan were fishers, hunters and gatherers. “They are just different,” she said.

Simon Kaner, the executive director of the Sainsbury Institute for the Study of Japanese Arts and Cultures, said he was excited to see precious objects from Japan being displayed at Stonehenge. “This is an unprecedented opportunity to explore comparisons between Jōmon Japan and neolithic Britain – separated by some 10,000km at either end of Eurasia, but sharing the desire to build monuments,” he said.

Kaner said it was fascinating that no dogū-like figures had been found in southern Britain, with the nearest comparable ones discovered in south-east Europe.

“It may be that ceramic figures caught the imagination of the people in Japan but not here,” he said. “Holding the exhibition at Stonehenge itself offers visitors the chance to reflect on common themes of what it means to be human, as well as difference, diversity and creativity in prehistory.”

easyJet cancels over 100 flights due to ‘systems issues’ – 'Chaos' 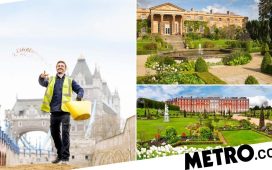 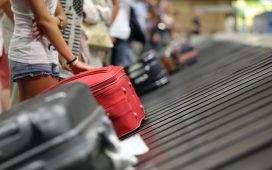 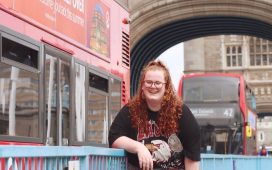 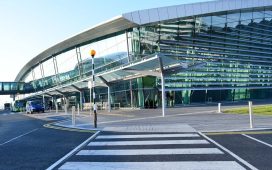 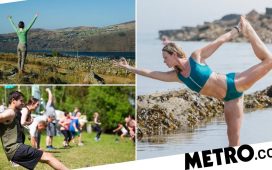