The extended gains into a third day after data showed payrolls climbed 266,000 — the most since January — as wages topped estimates and consumer sentiment increased to a seven-month high. Treasury yields rose above 1.8%. The dollar and oil advanced.

Investors pushed up the value of risk assets on the assumption that the American economy isn’t close to signaling a recession — a fear that has confronted investors amid an ongoing trade war. White House economic adviser Larry Kudlow says the U.S. and China are “still close” to reaching a phase-one trade agreement.

“The much stronger-than-expected 266,000 jobs created in November helps bolster hopes for a pick-up in global growth,” said Alec Young, managing director of global markets research at Russell. “It’s also a well-timed shot in the arm for investor confidence given ongoing U.S.-China trade uncertainty.”

A strong jobs report could reduce the urgency for a deal, given that escalating levies have failed to significantly dent growth. But it could also validate Federal Reserve Chairman Jerome Powell’s view that rates can stay on hold following three cuts.

Earlier Friday, equities rose after China said it’s in the process of waiving retaliatory tariffs on imports of U.S. pork and soy by domestic companies — a procedural step that may also signal a broader trade agreement with the U.S. is drawing closer.

READ  Council takes 50% stake in Scottish retail energy disruptor for £18m
Disclaimer: Fusion Media would like to remind you that the data contained in this website is not necessarily real-time nor accurate. All CFDs (stocks, indexes, futures) and Forex prices are not provided by exchanges but rather by market makers, and so prices may not be accurate and may differ from the actual market price, meaning prices are indicative and not appropriate for trading purposes. Therefore Fusion Media doesn`t bear any responsibility for any trading losses you might incur as a result of using this data. 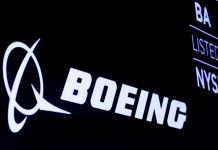 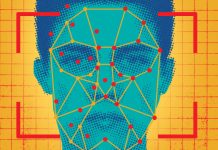