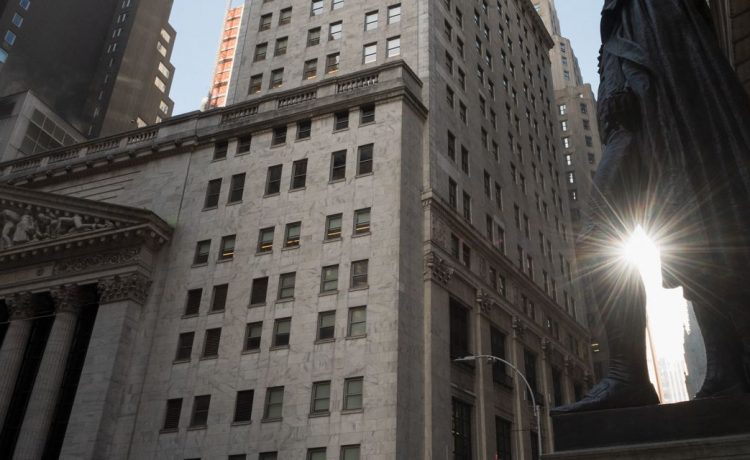 
U.S. stock futures pointed to a strong bounce for Wall Street on Monday, with investors getting their first chance to react to last week’s better-than-expected jobs data.

Much of Asia was also closed, but among those few that were open, the Nikkei 225 index rose nearly 0.8%, while Thailand’s SET index fell 1.2%. Stocks in India tumbled more than 2% as Covid-19 cases hit the 100,000 per-day mark for the first time, the second country after the U.S. to do so.

Dow Jones Industrial Average futures rose over 200 points on Monday, while S&P 500 futures added 0.6%, and Nasdaq Composite futures gained 0.5%. The yield on the 10-year Treasury note was steady at 1.7217%. For the week ended Thursday, the

Markets in the U.S. and Europe were closed for the Good Friday holiday. But stock futures and U.S. Treasury yields traded higher in a shortened session on Friday after the U.S. reported 916,000 jobs were created in March, higher than the 660,000 new jobs antipated by economists. Job creation for January and February was revised up by a combined 156,000.

“Markets are at a critical steppingstone phase of the reflation trade where the data needs to confirm what markets have been pricing up until now. And while NFP [nonfarm payrolls] did check all the boxes, it’s only the first step in a long stairway climbing adventure that is bound to have a misstep or two,” said Stephen Innes, global chief market strategist at Axi, in a note to clients.

Data on the calendar for Monday includes the Institute for Supply Management’s services index for March and factory orders for February.

West Texas Intermediate and Brent-oil futures were both down 2% following last week’s decision by the Organization of the Petroleum Exporting Countries and allies to gradually lift output, and after Saudi Arabia reportedly boosted prices for Asian customers.

Among companies in focus, shares of electric auto maker

surged 7% in premarket following Friday’s release that showed first-quarter deliveries surged to 184,800 vehicles, a number that beat estimates. On the back of those numbers, Wedbush analyst
Daniel Ives
lifted the stock to Outperform from Neutral, with a new per-share price target of $1,000 from $950 prior, in a note to clients on Sunday.

Citing Tesla as a leader in a “global green tidal wave under way,” Ives expects Tesla could exceed 850,000 deliveries for the year, despite chip shortages and a variety of supply-chain issues.

slid nearly 10% in premarket after the videogames retailer said it would sell up to 3.5 million shares of common stock, and use the proceeds in part to boost its balance sheet and accelerate its transformation. The company, whose shares are up more than 900% year to date due to an early-year drive by retail investors, has been shaking up its executive roster, a move that continued last week.

READ  Check your closets for this video game that could be worth $372,000 - Komando
Share on FacebookShare on TwitterShare on PinterestShare on Reddit
newsgrooveApril 5, 2021