Still Game actress, Shamshad Ahktar who plays Meena in the show, has been hospitalised after falling ill.

The actress, who played Navid ‘s faceless wife, was admitted to hospital for an illness and fans were quick to send well-wishes.

The news was announced on Facebook by pal Ross Owen who posted and asked fans to send her well wishes.

He wrote: “Please join me in sending positive vibes and messages of love to our friend Shamshad (Meena) who’s having some health issues and is in hospital at the moment.

Ross shared a series of photos of Shamshad, including one of her lying in her hospital bed, playfully making a crude gesture to the camera.

Fans were quick to send their best to the actress.

Another added: “Sorry to hear your not well sending love and hugs get well soon x.”

While one said: “All my love and best wishes to you Shamshad.. hurry up and get well soon ..”

And other added: “Get well soon lovely lady.”

Shamshad first got involved with Still Game after appearing with Sanjeev in the TV show Overnight Express.

She had been working as a charity volunteer and campaigner and was looking for something new.

Speaking previously to the Record in 2019, Shamshad revealed she survived a mini stroke during the show’s six-year break before recovering to return to the much-loved role.

She said: “For me, Still Game is about winning Meena’s Game.

“I want to act and I’m always ready for a challenge.

“When I started, they said on day one, ‘We will show your face at the end of the series, but now we will only look at your back’.

“I really enjoyed delivering the lines.

“Our lives behind the camera are lovely, the crew are all marvellous friends and a real family. The crew and the director Michael (Hines) are all lovely.

“I love to feed people and would always bake naans and kebabs and biryani, and I would like to bring food to everyone’s houses after we are finished to still see everyone.” 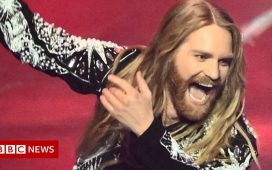