Sticking to three key habits can add nearly a decade of disease-free years to a person’s life, according to new research.

The international team of researchers looked at the link between lifestyle factors and years lived without chronic diseases.

They found that these four positive factors were most associated with the greatest disease-free life years.

If you can achieve these goals you will give yourself the best possible chance of reaching a ripe old age, the team claim. 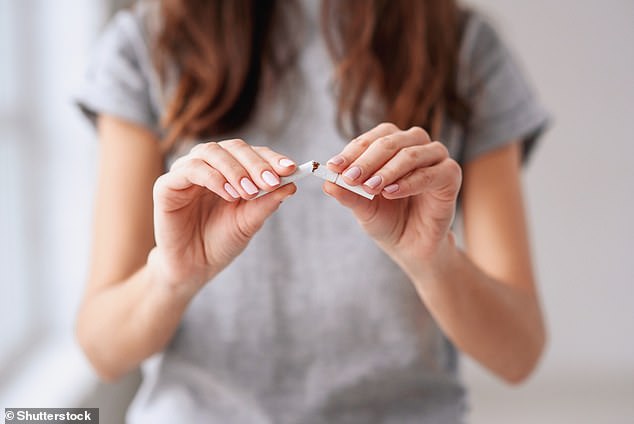 Never smoking is one of four factors that can add disease-free years to a person’s life, researchers say

‘Various healthy lifestyle profiles appear to be associated with extended gains in life lived without type 2 diabetes, cardiovascular and respiratory diseases and cancer,’ said corresponding author Dr Solja Nyberg, an epidemiologist at the University of Helsinki.

‘In this multicohort analysis, various healthy lifestyle profiles appeared to be associated with gains in life-years without major chronic diseases.

‘There was a linear association between overall healthy lifestyle score and the number of disease-free years.

‘All of the four lifestyle profiles that were associated with the highest number ofdisease-free years included a BMI less than 25 and at least two of the following factors.’

The findings are based on a studies of 116,043 people who were tracked for an average of 12.5 years.

Dr Nyberg and colleagues pooled data from the 12 studies across Europe who were followed between 1991 and 2006.

Smoking, BMI, physical activity and alcohol consumption were each allocated one of three scores for each participant – optimal (2 points), intermediate (1 point) or poor (0 points). 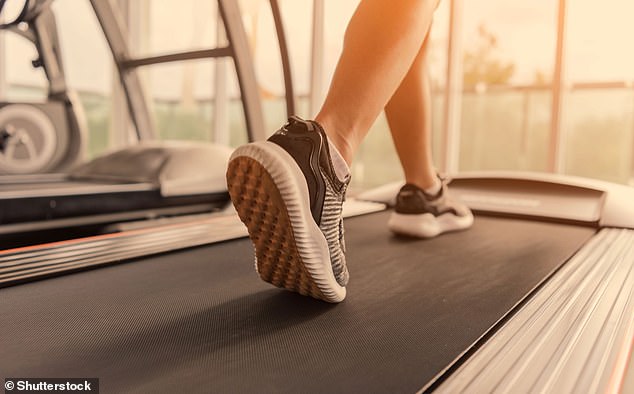 READ  Go home Polar Vortex, you're 'drunk': Air pattern behaves like person who had too much to drink

This resulted in an aggregated lifestyle score ranging from the worst (zero) to the best (8).

WHAT IS BODY MASS INDEX (BMI)?

Body mass index (BMI) is a measure of body fat based on your weight in relation to your height.

The latter led to the lowest number of years between the ages of 40 and 75 free from chronic disease, they found.

Even just a one point improvement was associated with an increase of almost one disease-free year in men and women – with the former gaining a slightly greater benefit.

‘The main finding was that a high overall healthy lifestyle score and various lifestyle profiles characterised by four optimal lifestyle factors were associated with significant gains in years lived without major non-communicable diseases between ages 40 and 75 years in both sexes,’ said Dr Nyberg.

One particular study of Dutch men and women revealed that those with all of the described healthy lifestyle factors lived two extra years in good health compared with those in the high-risk group. 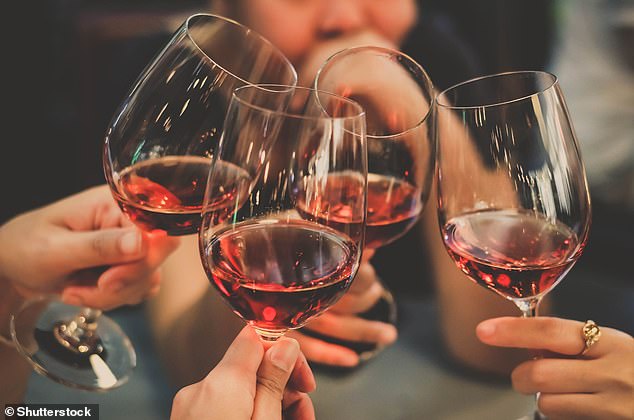 Consuming too much alcohol in day to day life is linked to high blood pressure, strokes and heart attacks

Another analysis found those with no potentially dangerous lifestyle risks lived six years longer on average, free of chronic diseases, compared with those with at least two risk factors.

READ  Almost all Alpine glaciers could DISAPPEAR by 2100

In a further general-population sample, the absence of risk factors was associated with a nine year delay in the average age at onset of chronic diseases.

Comparing the best lifestyle score with the worst was linked to nearly ten additional years without chronic diseases in men and 9.4 in women.

Participants with only one of the four positive lifestyle recommendations reached around the age of 71 before succumbing to a serious disease.

‘These findings may be useful for prevention, strengthening the evidence base for actions to support healthy choices in everyday life,’ said Dr Nyberg.

It is already established that certain lifestyles are individually associated with lower risk of chronic diseases.

But this study – published in JAMA Internal Medicine – is the first to look at how combinations of them are associated with disease-free life-years.

Numerous observational studies over the past eight decades have explored the link between lifestyle factors with the risk of mortality and chronic disease.

Obesity is linked to high blood pressure and cholesterol, insulin resistance and cancer, while smoking can cause cancer and drinking can cause liver failure.

Being physically active and of normal weight, avoiding smoking and consuming a moderate amount of alcohol offer the best protection – particularly against cardiovascular disease.

WHAT IS OBESITY? AND WHAT ARE ITS HEALTH RISKS?

Obesity is defined as an adult having a BMI of 30 or over.

A healthy person’s BMI – calculated by dividing weight in kg by height in metres, and the answer by the height again – is between 18.5 and 24.9.

Among children, obesity is defined as being in the 95th percentile.

Percentiles compare youngsters to others their same age.

For example, if a three-month-old is in the 40th percentile for weight, that means that 40 per cent of three-month-olds weigh the same or less than that baby.

The condition costs the NHS around £6.1billion, out of its approximate £124.7 billion budget, every year.

This is due to obesity increasing a person’s risk of a number of life-threatening conditions.

Such conditions include type 2 diabetes, which can cause kidney disease, blindness and even limb amputations.

Research suggests that at least one in six hospital beds in the UK are taken up by a diabetes patient.

Obesity also raises the risk of heart disease, which kills 315,000 people every year in the UK – making it the number one cause of death.

Carrying dangerous amounts of weight has also been linked to 12 different cancers.

This includes breast, which affects one in eight women at some point in their lives.

Among children, research suggests that 70 per cent of obese youngsters have high blood pressure or raised cholesterol, which puts them at risk of heart disease.

And if children are overweight, their obesity in adulthood is often more severe.

As many as one in five children start school in the UK being overweight or obese, which rises to one in three by the time they turn 10.