Fabulous in her forties! Steven Jacobs’ ex wife Rosie shows off her phenomenal figure and rock solid abs in a pink bikini during sailing trip

She recently revealed that she gave up alcohol after being in an ‘unhappy marriage’ with former Today weatherman, Steven Jacobs.

And TV presenter and travel journalist Rosie Jacobs has revealed the perks of her new healthy lifestyle.

The mother-of-two showed off her phenomenal figure during a recent day out sailing around Sydney Harbour. 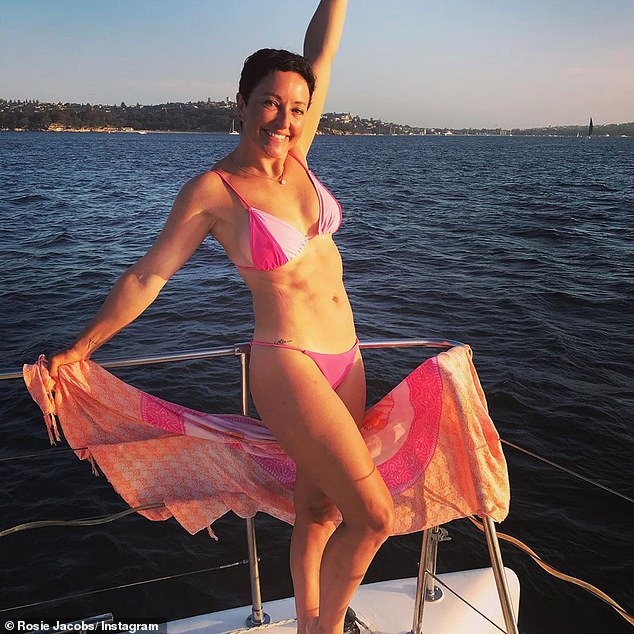 Fabulous at forty! Steven Jacobs’ ex wife Rosie showed off her phenomenal figure and rock solid abs in a pink bikini during a recent sailing trip

Wearing a pink bikini, the brunette beauty showed off her toned physique and rock solid abs while posing on the bow of the boat.

She posted a series of pictures from the boating trip on her Instagram page on Wednesday and wrote in the caption: ‘Little flashback to the most stunning afternoon on Sydney Harbour recently exploring underwater caves #freediving with the legendary #barefootcaptain @barefootcharter.’

Back in June, Rosie revealed why she decided to stop drinking alcohol. 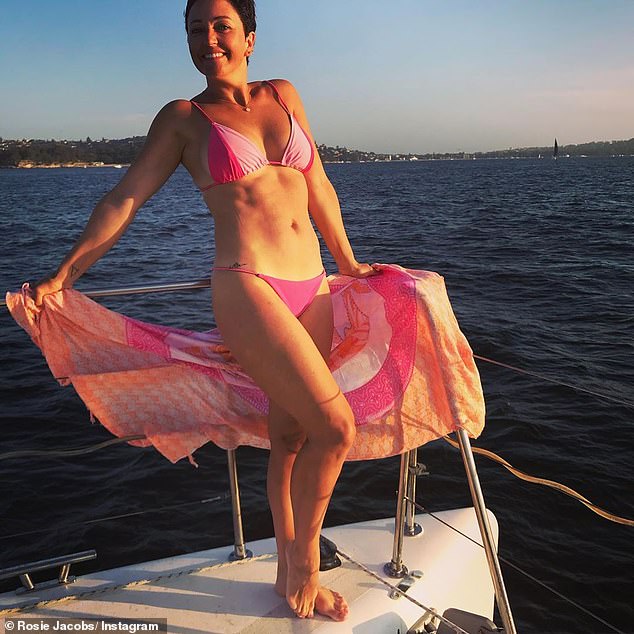 She told her Instagram followers on Wednesday that getting sober was one of several major changes she made after leaving her ‘unhappy marriage’ in 2018.

Rose shared a throwback photo of herself on a running track from June 2018, and reflected in the caption on her personal growth over the past 12 months.

‘Exactly one year ago today I took this snap in Vanuatu, just before I moved back to Australia with my munchkins to start my new life as a single mama,’ she wrote.

The year has flown [by] and it has certainly been filled with massive highs and a handful of lows. 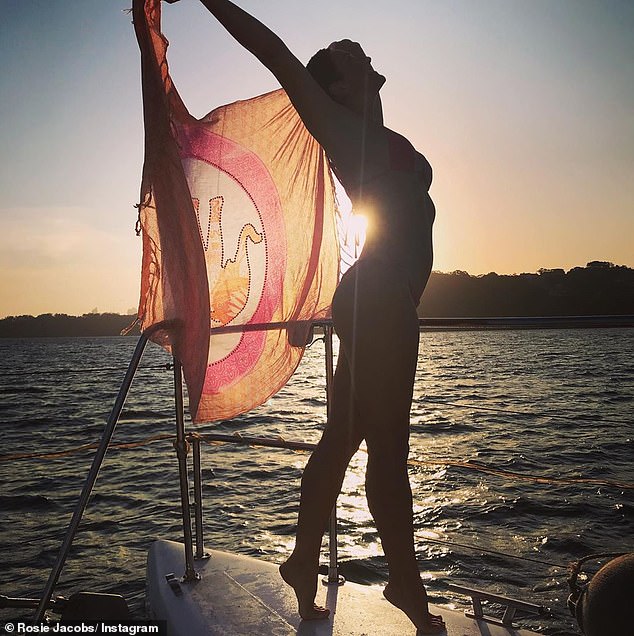 New life: Back in June, Rosie revealed why she decided to stop drinking alcohol. She told her Instagram followers on Wednesday that getting sober was one of several major changes she made after leaving her ‘unhappy marriage’ in 2018.

‘I’ve bought and paid off my apartment, I’ve got my fur babies home safely, the girls have settled into their awesome new school, we’ve made new friends, embraced old ones, I’ve thrown myself back into my TV career.’

‘And I’ve reached a level of contentment and happiness that I pray lasts a lifetime. Thank you to those who have been part of my journey these last 12 months. You know who you are.’

Rose and Steven made headlines last year when they announced their separation.

The former couple first met in 2007 on set of the Today show, where Steve was a star weatherman and Rosie was a behind-the-scenes producer.

In mid 2017, they relocated to Vanuatu with their daughters in what friends say was a ‘last-ditch attempt’ to save their failing marriage.

In November last year, Steven told WHO magazine that he’d been thrown ‘a few curveballs’ since the separation but remained focused on his children.