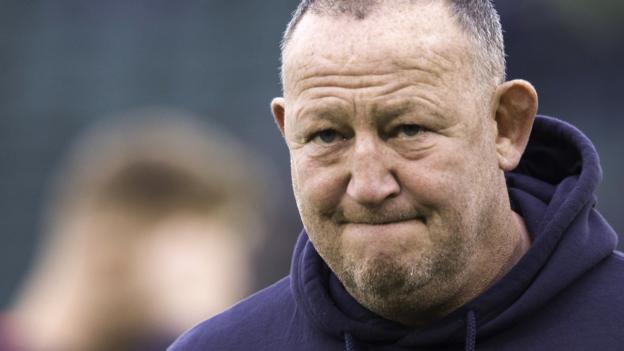 He was charged with misconduct over comments made following their Champions Cup defeat by Exeter 8 December.

An independent hearing upheld the charge and fined Diamond £2,553.

“These comments had the potential to bring the sport of rugby union, the Heineken Champions Cup, and/or EPCR, into disrepute,” an European Professional Club Rugby statement read.

“The committee took into account Steve Diamond’s timely admission of wrongdoing, in addition to his numerous subsequent public comments and apologies to the team of match officials for any offence caused.”

READ  Man Utd 'make Bruno Fernandes transfer bid' - but it has been rejected for one reason
Share on FacebookShare on TwitterShare on PinterestShare on Reddit
newsgrooveDecember 31, 2019