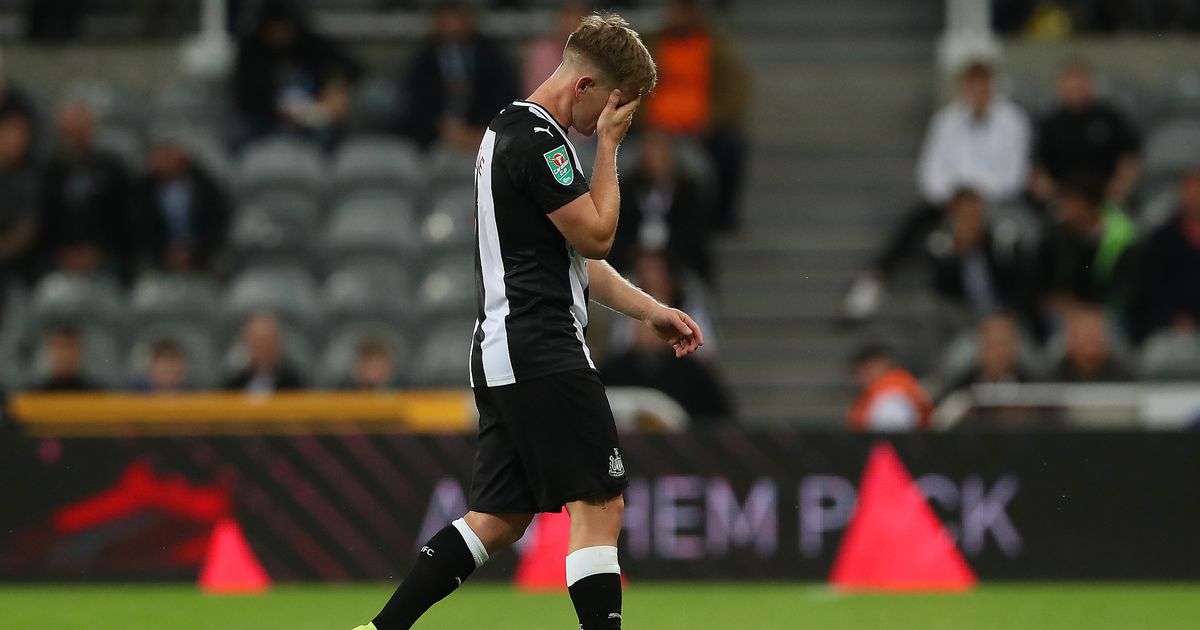 He appeared to make contact with the the top of the ball in the challenge, but also found his opponent’s leg on the follow-through.

Ritchie suffered ankle ligament damage as a result and is expected to miss at least two months of the season, including the Magpies’ next Premier League game against Watford on Saturday.

And Bruce, who felt that the Foxes midfielder should have been sent off for the incident, said the Scotland international was fortunate not to come away with a more serious injury from the clash.

Asked if Choudhury had any defence in the fact he made contact with the ball, he replied: “No chance. He went over the ball, which makes it dangerous.

“They are the ones that really… if Matty hadn’t taken [his leg] away, he’d seen it coming, he could have been in serious trouble.

“It could have been eight months, it could have been career-ending. If his leg had been planted on the floor, he was in serious trouble. He rode it a little bit, but it was a horror challenge.

“You can’t tackle like that any more. When you leave the floor, you are over the top of the ball in your follow-through.

“Sorry, but it is a bad challenge.”

Choudhury was substituted by Leicester boss Brendan Rodgers shortly after the incident as the Foxes went on to win the tie on penalties.

Bruce admitted that he admires the England Under-21 International as a player, but said he wanted him to learn from the challenge.

He said: “He is a very, very good player. He is enthusiastic and wants to go and win the ball back.

“I’ve got nothing against that, I liked that sort of thing myself.

“But it is a bad challenge and I hope he learns from it.”