Why Tory defector Sam Gyimah is running for the Lib Dems

Liberal Democrat leader Jo Swinson refused to apologise for being “ambitious and bold” as she was again forced to bat away criticism of the party’s pledge to scrap Brexit if elected.

The Lib Dems have taken a staunchly pro-Remain position ahead of Thursday’s vote, shifting from their initial position of calling for a second referendum to saying they would revoke Article 50 and cancel Brexit if they won a majority.

Speaking this morning on BBC Radio 5, Ms Swinson said that, while it was now “less likely” that she would become prime minister, the position the party had taken made sense based on polling ahead of the campaign.

“When we started the campaign we had four political parties who were similar-ish in the polls,” she said. “We saw the polling that showed that in that scenario, where you have a first past the post voting system, it’s very difficult to predict what will happen.”

But she said the time for conducting a post mortem on the strategy would be after the election.

There’s certainly a time to review what happens in the election campaign and I think the best time to do that is not three days before election day.

Voters hunker down on Brexit stance

People identify a lot more strongly with how they voted in the Brexit referendum than with any political party – and the strength of this feeling is increasing – according to a study by the Policy Institute at King’s College London.

According to KCL research into how polarising the current campaign is, the proportion of people who identify very strongly with their side of the Brexit debate has increased significantly since 2018.

The researchers said the increased identification with the extreme ends of the Brexit spectrum may be due to the focus that has been placed on the UK’s EU exit – notably by the Conservatives – during the election campaign.

Campaigning has drawn Boris Johnson to the Grimsby fish market, the focal point for the local industry and one of the most important in Europe, and a morning trying to understand the power of cod.

Great Grimsby in the northeast of England voted more than 71 per cent in favour of leaving the EU in the 2016 referendum. It has been a Labour stronghold since 1945 but, going into this week’s election, a mere 2,500 votes separate the two main parties.

The industry may only account for a tiny part of the UK economy but its resentment against EU membership has struck a chord among many voters. It is hard to think of many sectors that will be more heavily affected by Brexit.

For nearly 50 years, the Common Fisheries Policy has dictated where UK fishing boats can operate and how much they can catch. It has given EU nations access to British territorial waters.

Mr Johnson looks uncomfortable as he gets his hands on a piece of cod but he well understands that it is worth grasping the chance to try and tip the scales in his favour.

Johnson to refer to the roar from Sunderland

1,264 days in which parliament should have delivered what you voted for, taken us out of the EU, and addressed all the reasons you voted so decisively for change.

You voted to leave the EU because you wanted to stop sending the EU money we could spend at home, to end uncontrolled and unlimited immigration from the EU, to take back control from an unelected elite in Brussels – and to force politicians in Westminster to listen to you, not just London and the South East.

Instead we have had 1,264 days of dither and delay, prevarication and procrastination, obfuscation and obstruction.

Parliament has bent every rule and broken every convention as it has delayed, diluted and denied Brexit. Remain MPs who said at the last election they would deliver Brexit shamefully did the exact opposite when they got to Westminster.

As reported by Jim Pickard

Johnson takes a whirlwind tour of England in final push

The prime minister in the final three days before polling day will be visiting every region in England and Wales, as he works to secure a Conservative majority on December 12, writes Jim Pickard.

On Monday he will spend the day visiting four Brexit-voting Labour seats across Humber and the north-east as he emphasises that the only way to “get Brexit done” is to elect a Conservative majority government.

He will end the day in the south-west, where he will warn that a vote for the Liberal Democrats is a vote for further paralysis and delay – and a Corbyn government.

With nine more seats needed to secure a working majority, the prime minister will be campaigning right up to the wire.

It is closer than many people think – if the Scottish National party and Liberal Democrats win six more seats each, Jeremy Corbyn will become prime minister.

John McDonnell will use a speech in London this morning to set out what a Labour government would do in its first 100 days, writes Jim Pickard.

Much of this will be familiar from our Financial Times interview with the shadow chancellor last week. Early priorities for Labour include ending austerity and nationalising the water and energy industries.

Labour would set up a National Transformation Unit and kickstart a National Investment Bank, regional development banks and a Post Bank.

Here’s a reminder of the FT interview from four days ago: John McDonnell: Labour will govern alone in a hung parliament

Rishi Sunak, Treasury chief secretary, said Britain had agreed with the EU a timeline for implementing the new Northern Ireland arrangements, adding: “I’ve actually been incredibly impressed by all the preparations that have gone on.”

Mr Sunak, speaking on the BBC’s Today programme, said that Northern Ireland would have “unfettered access” to the rest of the UK market.

His comments come after the FT revealed a Department for Exiting the EU document had warned that implementing Mr Johnson’s Brexit deal, which would see Northern Ireland remain part of the EU customs code, presents a “major” challenge.

The document also raised the possible “legal and political (domestic and EU) impact of not being able to deliver the protocol in Dec 2020” — a reference to the protocol covering Northern Ireland signed by Mr Johnson with the other 27 EU member states last October to secure an exit deal.

Arlene Foster, leader of Northern Ireland’s DUP, said that HMRC officials had told her that there would be checks on trade moving from GB to NI.

Ms Foster said that would be “totally unacceptable”, telling the BBC: “You can’t leave part of the UK in a worse off position and have checks between different parts of the UK.”

We want to put in fair taxation that provides us with the building block in which we can invest in our public services. It is about making sure that small businesses are supported so they can scale up. That is the whole thrust of our economic strategy.

It is based upon hard-nosed discussions that we have had – with the Institute of Directors, the CBI, the Federation of Small Businesses, Make UK, the Chambers of Commerce. And most of them welcome those investments.

Rhetoric around taxation in some of our media.is actually so exaggerated it is beyond the reality of what we are doing. If people just look at our proposals I think they are fairly balanced.

The pound rose in early London trading to its highest level since early April with Boris Johnson holding a strong lead in election polling.

READ  Asian shares guarded as investors count down to Fed

Sterling was recently up 0.25 per cent on the US dollar, hitting a high of $1.318. It rose by a similar margin against the euro, with one pound buying 1.1902 units of the common currency.

Sterling has rallied 10 per cent against the buck since falling below $1.20 in early September, when concerns over a potentially chaotic no-deal Brexit were swirling.

Mr Johnson enters the final week of the election campaign with a 10-point lead on his rival Jeremy Corbyn, according to the latest FT poll tracker. The consistent gap has been a boon to the pound since many analysts and investors reckon if the Tories can seal a majority, it would help ease political uncertainty that has gripped the UK.

“Most election watchers expect the Conservatives to come away with a workable majority in Parliament, which would set the stage for a likely swift Brexit resolution early next year as well as more expansionary fiscal policy,” analysts at Goldman Sachs said.

Economists are mixed on the broader economic effects of the election result, with some projecting a Tory majority would help boost the economy and others expecting a more tepid performance or potentially a recession. Chris Giles has written an excellent read on the subject.

Election polls in the past have, of course, been terribly wrong. So some traders are expecting turbulence on election night this Thursday if things do not play out as expected. More on that topic in the FT’s Market Questions.

What the papers say

The centre-left Guardian says Jeremy Corbyn’s Labour party is in a last-ditch drive to focus on voters’ finances, while the Times points to Johnson’s “blitz” in the Labour heartlands in the northeast of England over the final 72 hours of campaigning:

The front page of the Daily Express says it’s the last chance to save Brexit and Britain and the Daily Telegraph quotes Mr Johnson saying that Mr Corbyn will betray Brexit.

The Financial Times writes that Mr Johnson, with weekend polls giving the prime minister a steady lead of about 10 per cent, has used one of the final days of campaigning to outline plans for a points-based immigration system.

NHS watch: The left-leaning tabloid the Mirror splashes on a four-year-old being treated on the floor at a National Health Service hospital because there are not enough beds while the i says the NHS waiting times ordeal for patients is being ‘covered up’.

Welcome back: three days to go

UK politicians start their final week of campaigning before voters go to the polls on Thursday, with Conservative leader Boris Johnson heading for Labour leave heartlands in the northeast of England and shadow chancellor John McDonnell preparing a speech in which he will declare an end to austerity should Labour win.

Please join us as we update the blog with the day’s political events.

South Western Railway warned it could be placed in public hands

Berkeley to double shareholder returns to £1bn by 2022

Shoppers turn to payday loans to get through January after Christmas overspend, poll suggests 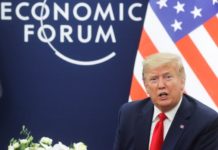