On Wednesday night, Late Show host Stephen Colbert was about to dive into a segment on the history of the corn dog when he heard a knocking coming from his desk. Opening up the drawer — he discovered that Jon Stewart, his partner in politically satirical crime and former host of The Daily Show — was calling in from an iPad.

The two quickly got into a discussion about COVID-19, comparing overgrown quarantine hairstyles and their fear over the illness itself.

“As someone who is really on the dividing line of those that the CDC would say, ‘Put yourself in a hyperbaric chamber and don’t come out until 2025’…I’m now considered old enough where this is a preexisting condition,” Stewart said, gesturing to his person.

Stewart went on to say that he had been reading up on the 1918 influenza pandemic — the last time the world was so affected by a global virus — and learned that the advice from the government was practically the same: Stay inside as much as you can, wear a mask outside and socially distance.

“That [pandemic] lasted two years!” he moaned. “I thought [reading about it] was going to make me feel better. I thought there would be some old-timey like, ‘Drink apple cider and mercury, and that’ll be the elixir for your vitality.’ 102 years, we’ve literally just been driving in circles.”

He did admit that he thought U.S. officials were doing the best they can, but said: “I think the politicization of just basic hygiene has been one of the more surprising aspects. A mask is now the ‘Don’t tread on me’ snake. It’s the symbol of tyranny…Next time you go to the operating room, you tell the doctor, ‘Take that liberal bullshit somewhere else.’”

Rod Stewart on secret torment behind hit songs: ‘Use to have to lock me up’

‘Killing Eve’ season 4 filming put on hold due to coronavirus

What happened to the couples from Indian Matchmaking? It’s not great news 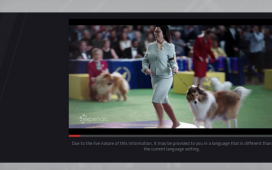