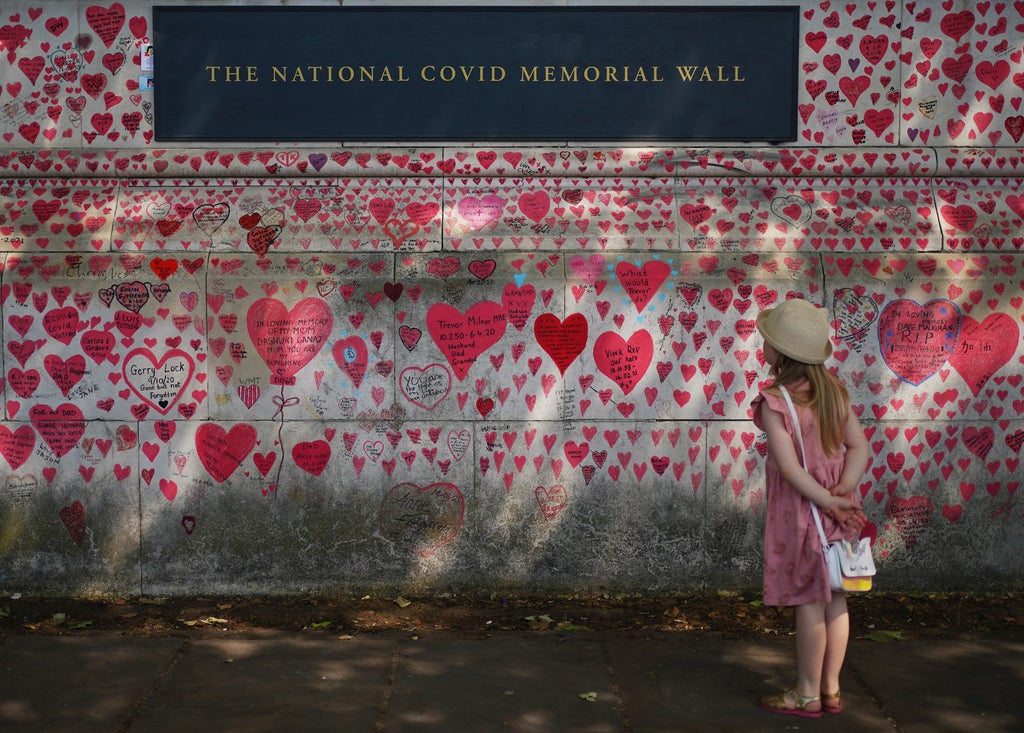 Cabinet minister has refused to apologise at least 11 times for “serious errors” blamed for costing thousands of lives at the beginning of the pandemic.

It found that the Government’s inaction in the early stages was “one of the most important public health failures the United Kingdom has ever experienced”.

Ministers and scientists were too focused on trying to manage the virus by achieving herd immunity and this led to a delay in introducing the first lockdown, according to the findings.

But Chancellor of the Duchy of Lancaster Mr Barclay repeatedly rejected calls to apologise on Tuesday and admitted he had “not read the report” yet.

He instead insisted ministers “followed the scientific advice” and “took decisions to move quickly” when questioned about the pandemic response.

“The decisions were taken on the evidence and the scientific advice at the time, they were taken to protect the NHS,” Mr Barclay told Sky News.

“Of course we’ve learnt a huge amount, but we did take decisions to move quickly, that is why the vaccine was deployed at pace, that was a success that the report recognises.”

He added: “We’re going to have an inquiry to look at the lessons to take forward to the future.”

During a later appearance on LBC he refused to apologies to families who lost loved ones eight times and said the Government had “followed the scientific advice”.

Labour swiftly condemned his stance, branding it an “insult” to families who lost loved ones.

Shadow Health Minister Justin Madders said: “This report was a damning verdict on the Government’s failure to keep the country safe as a virus raged.

“Steve Barclay’s failure to apologise or accept the scale of ministers’ mistakes is an insult to the families of those who have tragically lost their lives to the virus.”

Almost 138,000 people in the UK have died with Covid since the beginning of the pandemic.

The report, from the cross-party Science and Technology Committee and the Health and Social Care Committee, does also highlight successes – in particular the vaccination rollout.

It described the programme – from the research and development through to the jabs rollout – as “one of the most effective initiatives in UK history”.

However, before a vaccine was developed, the policy to discharge elderly patients directly from hospital into care homes without testing them for the virus was particularly deadly, the report found.

“It was a mistake to allow patients to be transferred to care homes without the rigour shown in places like Germany and Hong Kong,” the report states.

“This, combined with untested staff bringing infection into homes from the community, led to many thousands of deaths which could have been avoided.”

Amanda Henry’s father Robert, 78, was one 33 residents at the Aspen Court care home in east London who died in April and May 2020.

She told the Standard: “An apology won’t bring back all the people who died because of failings which happened during the pandemic. But they should say sorry. It will show the Government is acknowledging they made mistakes, serious mistakes, which cost lives. What we need is an inquiry immediately which is not delayed.”

Chair of the Science and Technology Select Committee Greg Clark said care home resident testing could have been done if there had been better organisation.

“Undoubtedly we could have stopped this seeding of infections into care homes,” he told BBC Breakfast.

“Even with the limited testing capacity that we had we should’ve been more rigorous regime around care homes, that is to say when people did go into care homes from hospitals.

“We should have been tougher in requiring that they went into isolation facilities…So again there are lessons that we need to learn now to put in place so this cannot happen again.”

Chair of the Health and Social Care Select Committee Jeremy Hunt said the pandemic could be described as a “football game with two very different halves”.

There were some “serious errors” when the virus first hit but the vaccine rollout and treatments developed later have ben world leading.

I can absolutely understand the anger of everyone who lost a loved one,” the former Health Secretary said. “I just know how incredibly difficult these decisions are.

“Everyone was trying to do the right thing. They didn’t always get it right.”