Love Island is in full swing, with this season’s Casa Amor just wrapping up and drama at an all-time high.

Thanks to coronavirus restrictions, however, it’s very unlikely we’ll get to stay in our own sun-dappled Majorcan holiday home – but there’s still a way to feel like you are.

Two apartments suitable for large groups have hit headlines recently for looking exactly like the Love Island villa, and although you won’t get a tan here in the UK we have to agree they’re a great likeness.

One, located in Liverpool, is iStay Temple Court.

Recently refurbished in 2020, there are various apartments sleeping between 4 or 20 people each – just keep your group even so nobody gets dumped.

A tour of the room was posted by Evie Green on TikTok, having now been viewed over 7 million times and garnering comments like ‘What in the Love Island villa is this?!’

The bedroom area is the closest thing to where the islanders sleep, with colourful cushions and beds all lined up.

However, there’s also the dressing room, which looks very similar to where the girls get ready for their daily ‘night in’, filled with Hollywood mirrors and LED lights.

Prices start from £445 per night for the flat in question.

Similarly there’s the Blackpool self-titled Love Island Suite Sasco Apartments, which have also been designed with the hit reality show in mind.

The same company also have a Peaky Blinders suite – which is much more muted – while the Love Island suite is filled with touches to make it look similar to the Majorca apartment.

Pink neon, signs that say ‘I’ve got a text’, and a big old couch to discuss who pulled who for a chat are among the decor.

Sleeping eight, the apartment includes a washing machine, kitchen, and of course tea and coffee making facilities. Perfect if you want to find out who wants to be the person that gets up and makes everyone a coffee so everyone is ready for the morning.

Prices start from £225 a night for the Love Island suite.

Okay, so Blackpool and Liverpool don’t allow for days by the pool, but if you bring your most muscular and blonde friends it’ll feel just like the real thing.


MORE : Refugee mum who fled to Yorkshire from Syria without a penny to her name becomes top cheesemaker 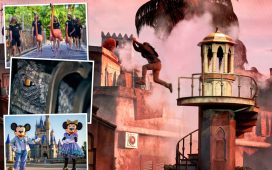 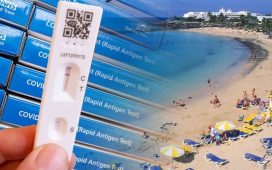 Can NHS lateral flow tests be used for new travel rules? PCR to be axed for double-jabbed 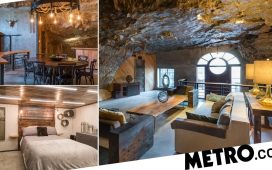 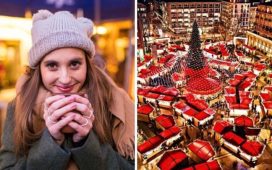 Which Christmas markets are open this year in the UK? FULL LIST

The saints go marching on: taking a pilgrim’s trek across north-east England 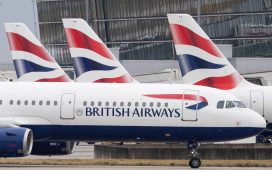