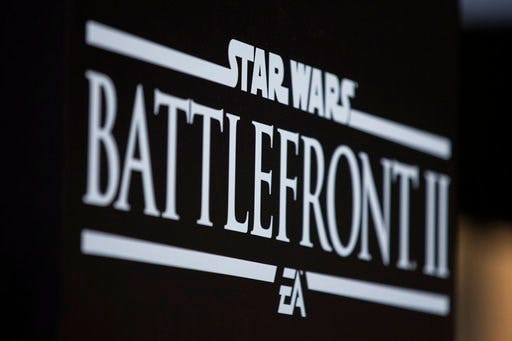 The Star Wars universe has a long history in video games.  From the PC heyday of LucasArts (RIP) to the current crop of adventures on consoles, there is something to satisfy the Star Wars fan in all of us.

Star Wars fans can’t convene in groups to celebrate this year’s May the 4th celebration, but here are some games you can play now safely at home to feel one with The Force.

(Quick PSA: Good Old Games and Humble Bundle are running sales on Star Wars games for PC in honor of May the 4th.  The eShop for Nintendo Switch also has sales on the homescreen when you log into the platform.)

Ask any gamer – casual or serious – what the best Star Wars game of all time is and ‘Knights of the Old Republic’ is usually their answer.  This sprawling RPG from Bioware (who later went on to create the beloved Mass Effect series) has the characters and depth deserving of the Star Wars universe.

Players will traverse multiple planets and make moral choices throughout the beefy campaign – complete with multiple side quests.  The story is deep, the choices are many and the RPG grind will joyfully take days away from your life.

‘Knights of the Old Republic’ is also now easily available to anyone on both the iOS and Android platforms, complete with smart touch controls. There is also a sequel that many hold in equally high regard.

Pros: Deep RPG progression, engaging story, sprawling universe.  If you want to live the life of a virtual Jedi, this is your game.

Cons: The game came out in 2003.  RPG systems and streamlining have made a lot of positive adjustments since then, so be ready to take a step back in time.  Graphics, although updated, are still from 2003 as well.

The single player Star Wars game is not dead.  Far from it.

Developer Respawn (Titanfall 2) clearly has a love for the Star Wars universe with this tale of a Jedi embracing his powers at a time when the Empire is consolidating its hold on the galaxy.

Fans had wondered for some time if they’d see a quality single-player Star Wars game ever again, and their hopes were answered.  You play as Cal Kestis, a Jedi in hiding that goes on a planet-hopping journey with a memorable supporting cast to take on the Empire. Cal is played by Cameron Monaghan (Gotham, Shameless), who does a wonderful job with voice acting and motion capture.  The performance is buoyed by strong writing by a staff with clear love and appreciation for the Star Wars Universe.

The core story should take a minimum of 10-15 hours.  However, as you progress you unlock certain powers that grant you access to previously off-limits areas.  This loop encourages backtracking – especially if you are a completionist.

The combat does take some getting used to.  It is not easy – at all.  However, there is a story mode that really notches down the difficulty and allows you to focus on exploration and narrative.

The checkpoint system can also be an issue for more casual players – It is not automatic and save points can be spaced out quite a bit.  The game also has its share of bugs and performance issues.  Low framerate, pop in and missing textures occur throughout the game.  Some have been patched with updates.

Cons: Combat is tough and has potential to be frustrating, checkpoint system isn’t automatic, performance can be buggy.

In a redemption story fitting of Anakin Skywalker, Battlefront II overcame an embarrassing launch to become a stellar online multiplayer shooter in the Star Wars universe.

Battlefront II launched to critical and commercial backlash in 2017 due to its heavy reliance on loot box progression.  Many fans saw this as a predatory monetization model that sullied in-game progression and soured the enjoyable core gameplay. Although the game also shipped with a single-player campaign, it was considered fairly bland and uninspiring.

Instead of cutting and running, developer DICE went back to the drawing board and completely turned the game around.  They fixed progression, pushed multiple updates and introduced more characters and eras from the Star Wars universe.

How do you progress and unlock content in the game now?  You play.  No more reliance on paid loot boxes.  There is a ‘Celebration Edition’ of Battlefront II that will unlock a collection of skins for all characters, but if you don’t go that route you can earn them by playing.  Weapons and upgrades are also unlocked simply by playing the game.

DICE has also done fantastic work with its Frostbite engine, making Battlefront II one of the best-looking (and sounding) multiplayer shooters available – even on base console hardware.

Sadly, all good things must come to an end.  This week DICE pushed a new update that introduced Scarif – the tropical planet from Rogue One – along with new character skins.  However, DICE says this will be the last content update for the game.  That shouldn’t stop you from playing though, there is so much here to experience and unlock.  The game also has a thriving community so player count will not be an issue for the immediate future.

If you are a new player jumping in – be patient.  The game has been out since 2017, so there are players who know every corner of every map and have all of the perks unlocked.  If you stick with it though, you’ll find yourself having a blast.

Don’t be fooled by the kid-friendly exterior.  If you are a completionist and like to collect things, you’ll love LEGO Star Wars: The Force Awakens.

Your first playthrough will be to get through the basic story of Force Awakens, but as told through the humorous LEGO lense of cutscenes and jokes.  The main story is a breeze and won’t take too much effort for the average player.

The story mode is also great for playing with kids as it offers split-screen co-op and is meant to be beaten without much of a challenge.

But for those who want to find everything…boy is there a lot of meat on this bone.  Getting 100% on each level by finding hidden items and performing certain tasks will take you a long time.  While not always ‘tear your hair out’ challenging, you will have to put some thought into the game’s mechanics to uncover all the secrets.

The LEGO series has always placed an emphasis on visuals and sound, and here is no exception.  The game looks like a vibrant Star Wars LEGO collection and uses the John Williams score perfectly.

Cons: You will have to replay levels multiple times to get to 100%.  For some, this goes under the PROS column, for others it may get repetitive.  All depends on how much you want to collect.

Available on: Playstation, Xbox, PC – Note: if you want your Star Wars LEGO fix on the Nintendo Switch, check out the LEGO Star Wars: The Skywalker Saga

These games were ground-breaking for their time.  If you’re going to go back and play them now, keep in mind their age…

These highly respected games hail from the halcyon days of LucasArts in the mid-90s.  The simulation-style games were cutting edge for the time on PC.

A first-person, story-driven Star Wars shooter.  The first-person shooter has come a long way since this was released, but the gameplay and story was a cut above the rest upon its release.

Held near and dear by many fans, Star Wars: Starfighter puts you in the cockpit of ‘The Phantom Menace’ – era ships above Naboo in this action-oriented flight game.

Developed by Bioware (Knights of the Old Republic), this subscription-based MMORPG (Massively Multiplayer Online Role Playing Game) has a lot to offer for those willing to put in the time and pay for a subscription.  The universe is large and there is plenty to do in order to upgrade your character.

These third-person hack-and-slash action games put you in the shoes of Jedi Galen Marek – ‘Starkiller.’  You earn XP as you progress the story and battle enemies, allowing you to upgrade your powers.

Originally released for the Nintendo 64, the game was immediately popular for the source material, graphics and music on Nintendo’s console.  A PC port soon followed and is still available today.  Many consider the main protagonist Dash Rendar to be pretty bland, but it’s still a fun adventure.

PC games can be purchased via Steam, Humble Bundle or Good Old Games.