State of the Union: A Marriage in Ten Parts by Nick Hornby – review 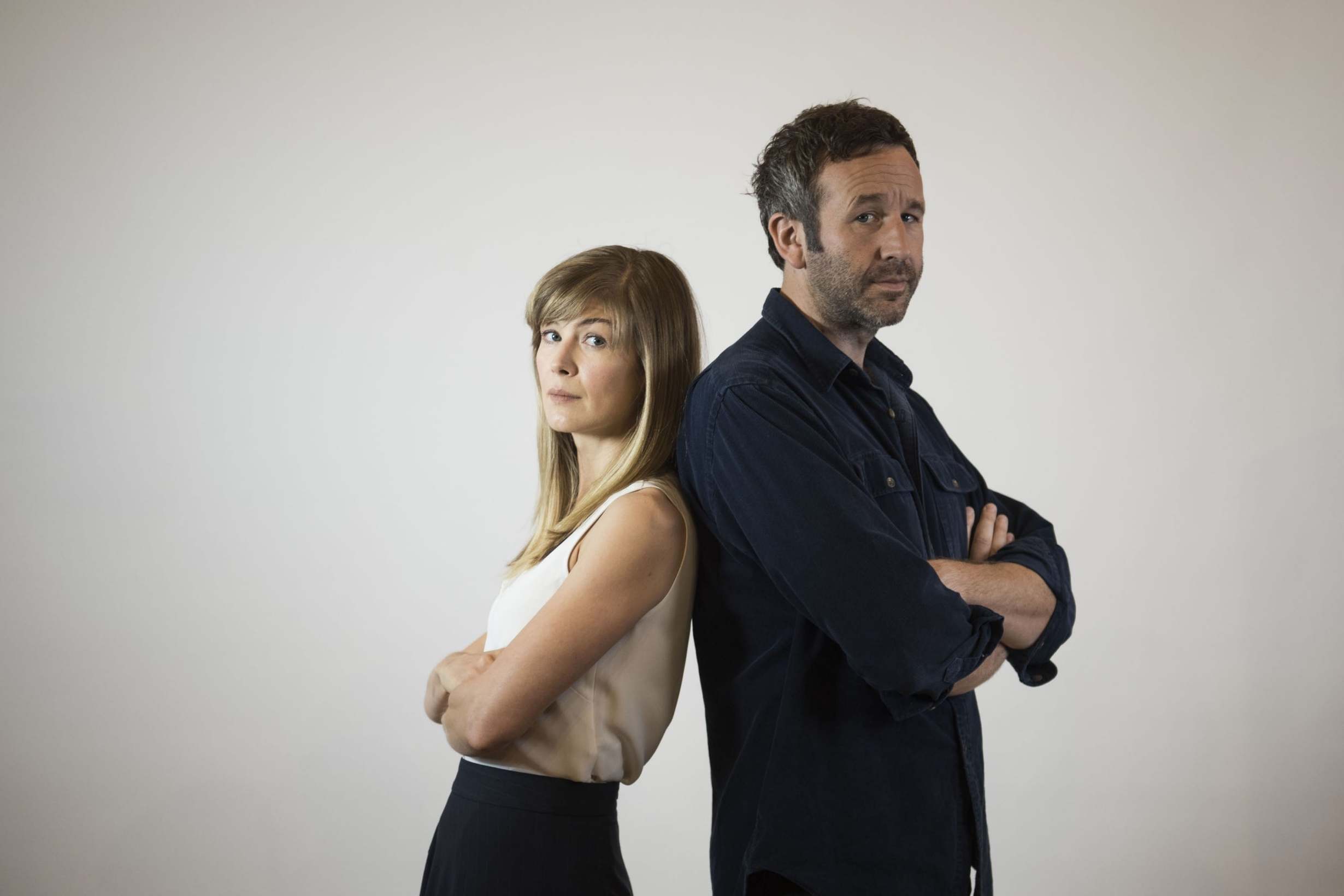 It would probably take the average reader just one longish commute to get through State of the Union, Nick Hornby’s novella-cum-screenplay which is published ahead of next month’s accompanying BBC Two series, starring Rosamund Pike and Chris O’Dowd.

The action consists of a series of conversations between Tom and Louise, who meet at a pub each week for some Dutch courage 10 minutes before they head to a session with their marriage counsellor. They talk, mostly calmly but not without sarcasm, about their marriage, where and why it went wrong.

She cheated on him, for starters. Yet Tom, in his own passive, sad-sack way, is as in the wrong as she is. She’s a hard-working doctor, he’s an out of work music critic

who spends most of his days lolling around the house in his bathrobe, screaming at his Xbox and wallowing in self-pity. He’s inattentive (he stopped wanting to have sex with her long before the affair), mocks her enjoyment of crime fiction (“there can’t be that many Scandinavian women left to kill, surely?”) and he even runs away, literally, on the doorstep, from their first counselling session. Another Hornby manchild, then.


For the most part, Tom and Louise’s conversations aren’t tearful or angry; indeed, they have the opposite problem. “We used to have good rows,” says Louise. “Proper stand-up shouting matches,” Tom agrees, wistfully.

Brexit gets them worked up, though. He voted Leave, in part to annoy her friends, while she (and her lover) voted Remain. His vote, she believes, is symptomatic of his wider defects. “You could have worn a T-shirt saying I VOTED OUT long before anyone ever thought of a referendum,” she says. “Europe: You’re out. Sex: You’re out. Work: You’re out. Marriage, life, friends: Out, out out.”

Brexit also serves as a comparison, acknowledged by the characters, for their marital strife as they amusingly strain to find an analogy — any analogy — for their situation, from marathons to petrol, biros to autopsies.

As might be expected, Hornby’s dialogue is quotable, often funny and always well-observed. The BBC have a hit on their hands, I would wager.