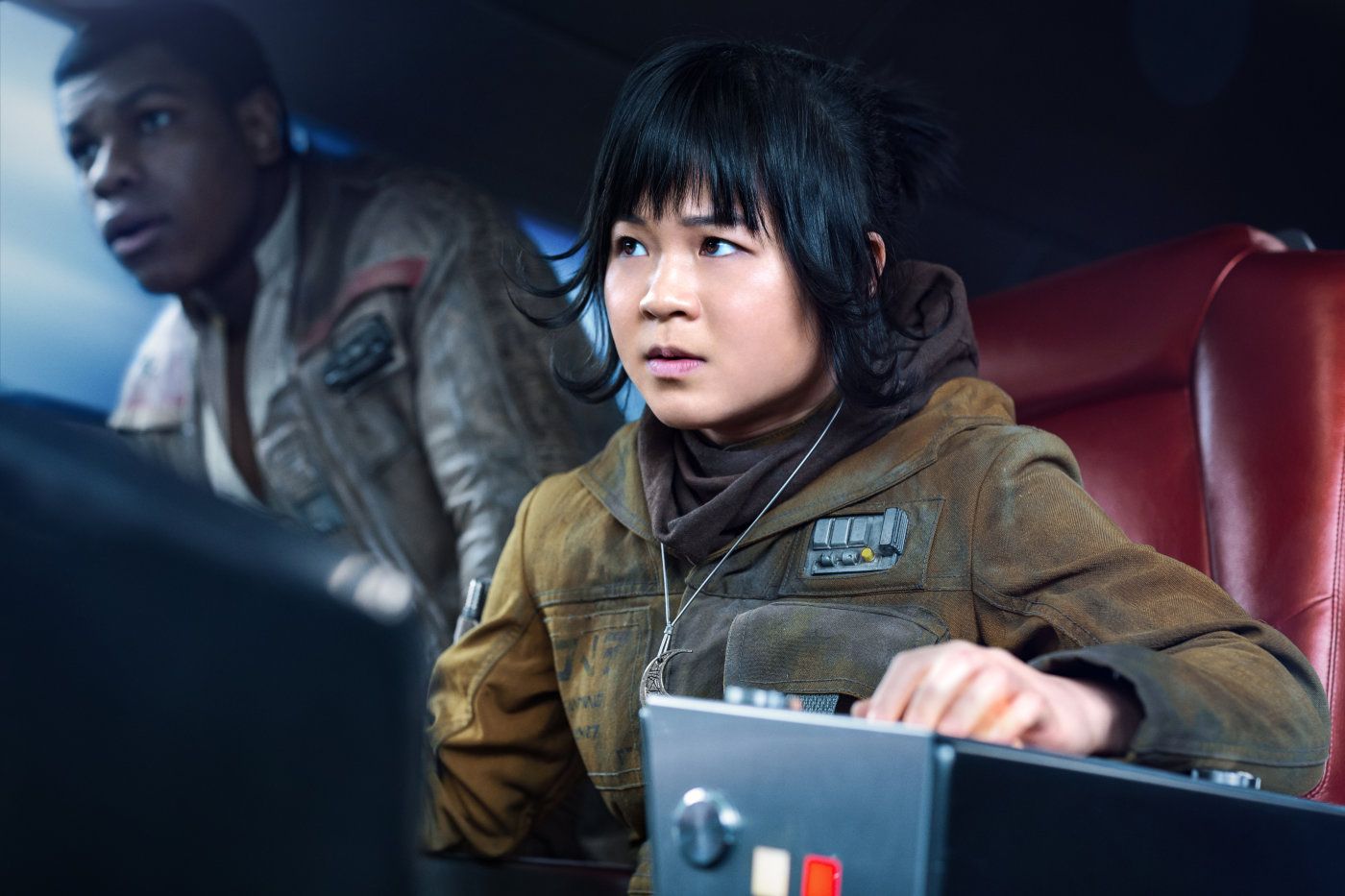 But in Star Wars: The Rise of Skywalker? Not so much.

The actress’s role was reduced to – more or less – a bit part in the final instalment of the current trilogy, despite her proximity to the late Carrie Fisher.

Now writer Chris Terrio, who co-penned the script with director JJ Abrams, has offered up a reason why, though it’s still some distance from being satisfactory.

“One of the reasons that Rose has a few less scenes than we would like her to have has to do with the difficulty of using Carrie Fisher’s footage in the way we wanted to,” Terrio told Awards Daily.

“We wanted Rose to be the anchor at the rebel base who was with Leia. We thought we couldn’t leave Leia at the base without any of the principals who we love, so Leia and Rose were working together.

“As the process evolved, a few scenes we’d written with Rose and Leia turned out to not meet the standard of photorealism that we’d hoped for. Those scenes, unfortunately, fell out of the film.

“The last thing we were doing was deliberately trying to sideline Rose. We adore the character, and we adore Kelly – so much so that we anchored her with our favourite person in this galaxy, General Leia.”

But all this comes following comments from Lord of the Rings actor Dominic Monaghan, who recently revealed that it was a bet over a game of football that determined his unannounced appearance in the movie, while Tran was sidelined.

Monaghan told the Inverse podcast: “At the start of that game, because JJ is a motherf***er in the best way possible, he emailed me and he said, ‘I think I have a Star Wars part for you.’ And I wrote back and said, ‘Brilliant, I won’t bother you but let me know if there’s anything I can do or what I can say.’ He wrote back and said, ‘If England beat Colombia, you’re in.’ I was like, oh mate, you b*****d.”

Abrams and Terrio wrote out the vital, vibrant, joyful character of Rose Tico to shoehorn in Meriadoc Brandybuck so he could be distracting in every scene he was in, all because of a dudebro soccer bet. Everything about this movie gets worse the more I learn.
Thanks, I hate it. pic.twitter.com/3e9BPQKqbd

“Didn’t have to audition”Won a bet over a soccer game and got the role”” “Had a role written for him by JJ” pic.twitter.com/j56ArObB72

All this, of course, comes after the treatment of Tran following The Last Jedi.

Though the movie was seen as generally divisive, Tran was targeted with racist and sexist abuse following the release of the movie in 2017.

READ  Star Wars 9: Kathleen Kennedy admits ‘we made MISTAKE’ with Solo and Last Jedi in THIS way

The abuse reached such fever pitch, that she was driven off social media by trolls.

She recently said that standing up to her detractors was among her proudest moments, telling the New York Times: “It’s so funny because Jedi was my first movie, so I’m still figuring out what it means to have that experience and what it means for other people to have an experience with my experience.

“I still don’t really know what the boundaries and lines are, but I will say the op-ed was probably one of the proudest moments of my career thus far. I know how honest it was and how hard it was for me to write.”