Star Wars: The High Republic – Everything You Need to Know – Collider.com 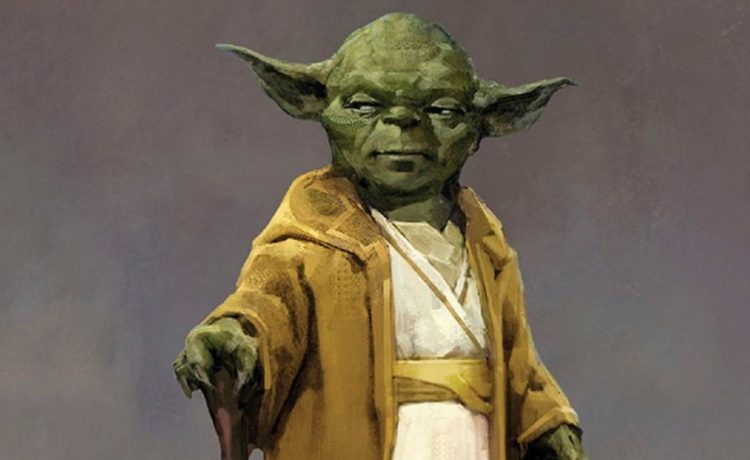 Back in 1996, Star Wars: Shadows of the Empire was unleashed. A true transmedia event back before such phrases existed, it supposedly dramatized the untold adventures that happened in between The Empire Strikes Back and Return of the Jedi. Told across an impressive array of videogames, novels, toys and comic books, it brought back familiar characters like Luke Skywalker, Darth Vader, and more marginal characters like IG-11; introduced new characters like tough-as-nails Rebel ally Dash Rendar and scheming crime lord Prince Xizor; and offered a thrilling peek at a part of the Star Wars timeline previously unexplored. It was ostensibly a new story but it was steeped in so much previously established lore and all the added stuff, like the intermittently impossible Nintendo 64 game (that train level haunts me to this day), made it feel even more like it was already a part of the well-worn fabric of Star Wars.

Next month, Star Wars: The High Republic — described as a “publishing initiative” encompassing books and comic books — launches with similar ambitions (it was originally slated for this past summer but pushed due to the pandemic). Like Shadows of the Empire, The High Republic bumps out the borders of the Star Wars universe, and its mere existence of this new material becomes an event in and of itself. Part of the fun is going to be heading to the bookstore or comic book shop (virtually please, there’s still an out-of-control pandemic raging) and getting this new stuff. Learning about this era of a galaxy far, far away will undoubtedly also lead to having the inside track on future stories (and, true to form, during last week’s investors day event The Acolyte, a new live-action Disney+ series from Russian Doll co-creator Leslye Headland, was announced to be set during the High Republic period).

There are a few things that you should know about Star Wars: The High Republic (and we are completely staying away from spoilers) before diving into this latest extravaganza. The first is probably when books and comic books in this initial wave are set. According to official materials provided to us, these stories “take place centuries before the Skywalker saga.” So this is a long, long, long time ago in a galaxy far, far away. The three movie trilogies take place within a relatively short timeframe, but the events of Star Wars: The High Republic take place long before that. It’s during this time that the Republic is a relative utopia; a bastion for interplanetary growth and understanding. All of the designs have sleek, Buck Rogers lines, and there’s an aura of sunny, peaceful contentment. The Republic is about to launch their new space station, Starlight Beacon, out into the farthest corner of the galaxy (there’s lots of talk of “core” systems and planets) but a cataclysmic event throws all of these plans into disarray. Also there are Jedi; lots and lots of Jedi. These Jedi are operating at the height of their powers and with unparalleled technical efficiency; just wait until you can see what The Force is really capable of.

Now, more practically, here’s what Star Wars: The New Republic consists of – an adult novel (Light of the Jedi by Charles Soule), a middle grade novel (A Test of Courage by Justina Ireland), a young adult novel (Into the Dark by Claudia Gray) and a pair of comic books – one for Marvel (Star Wars: The High Republic by Cavan Scott) and another, all-ages title for IDW (Star Wars: The High Republic Adventures by Daniel Jose Older). Everything will be out in January and February 2021. And while it might sound like a lot, it’s a relatively small-time investment compared to the hours upon hours that were spent on Shadows of the Empire (again: that train level!) And while there aren’t any action figures or video games (this is a purely publishing-based initiative), it’s pretty clear that those things will come sooner rather than later. It’ll also be interesting to see if they fold any of the mythology into the Star Wars: Galaxy’s Edge lands at Walt Disney World and Disneyland.

Like Shadows of the Empire, though, Star Wars: The High Republic creates a world that is recognizable but completely new – you’ll get new starfighters and weapons (including a nifty variation on Kylo’s crossbeam number), and a version of the Jedi we haven’t seen before (including in the prequels), peacekeepers and warriors totally in tune with the Force and with each other. But you’ll get familiar species (hello young Wookiee padawan!) and easily identifiable shoutouts to material that was just introduced in the sequel trilogy, including a reference to Kylo Ren and Rey’s “Force Time” sessions. Overall, it’s a compelling new realm to explore and one that will continue to delight for the foreseeable future.

We’ll have plenty more from Star Wars: The High Republic very soon. For a deeper dive into the Star Wars universe, check out our comprehensive timeline.

Why ‘Tenet’s “Time Inversion” Is a Meaningless Gimmick

The element at the center of Christopher Nolan’s new movie only serves to confound rather than illuminate.

Drew Taylor is an associate editor for Collider. He has contributed in the past to Vulture, Vanity Fair, the New York Daily News, The Playlist, Moviefone, MTV and SYFY. He is also the author of “The Art of Onward” (Chronicle Books, 2020).