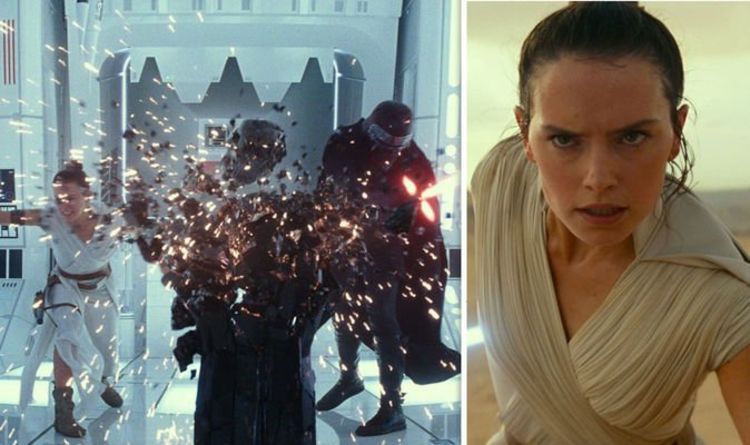 Star Wars: The Rise of Skywalker will bring with it the end of the Skywalker saga. Mark Hamill’s Luke Skywalker will finally wave goodbye as a potential new Jedi race will continue on without him. However, fans who were hoping for a record-breaking movie may now be disappointed.

This would make it the lengthiest instalment of the franchise to date.

However, JJ Abrams has now revealed this will not be so, and the film will come in at two hours and 21 minutes, meaning it will be the second-longest of the franchise, after The Last Jedi.

Fans will no doubt be furious to discover the film has had 13 minutes of footage cut from the final version.

Abrams confirmed the new running time in an interview with SiriusXM’s EW Live, adding “I believe,” so fans could not hold him too strongly to the number.

In an interview on Good Morning America, he added: “You see something and think, ‘That could be clearer, that could be a little better.’

“If you have the ability to fix the piece, you take advantage of that.”

Perhaps there was a piece of the puzzle which needed to be removed altogether, as would seem to be the case in the other movies.

The first film A New Hope clocks in at 121 minutes, so just a little more than two hours.

The Empire Strikes Back is just a little longer at 124 minutes, while Return of the Jedi came in quite a bit longer at 132 minutes, showing a pattern for Star Wars films.

The next film to be made was the first in the prequel trilogy, The Phantom Menace, which came in at 133 minutes and saw George Lucas return from a 22-year directing hiatus.

He followed this with Attack of the Clones, the second in the prequel trilogy, which was the longest movie to date when it clocked in at 142 minutes.

The final prequel movie, Revenge of the Sith, came in at 140 minutes, so these movies were certainly creating a pattern for the upcoming series of films, which follow the events of the original trilogy.

The next film to be released was The Force Awakens, which is set 30 years after the destruction of the second Death Star in the original trilogy.

At this point, the films were maintaining their length at just more than two hours, with The Force Awakens clocking in at 135 minutes.

The Last Jedi, the eighth movie of the Skywalker saga, broke away from this and went quite a bit longer, with a running time of 152 minutes, meaning it is longer than two and a half hours.

The finale of the Skywalker saga, while expected to be the longest movie in Star Wars history, has now been revealed to come in at 141 minutes, making it the second-longest in this new trilogy, and the third-longest overall.

Star Wars: The Rise of Skywalker will be released in cinemas on December 20