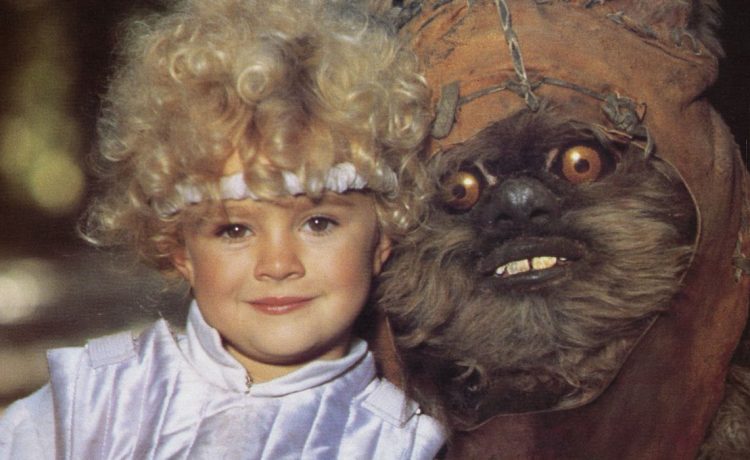 Wicket fans, our time is now.

The beautiful forest moon of Endor is coming our way with the release of the Ewok shows and movies that dominated in the ’80s! In a release from Disney on their April Disney+ additions, we learned that Star Wars: Ewoks Seasons 1 and 2, Ewoks: The Battle for Endor, and The Story of the Faithful Wookiee (the latter of which is a segment from the ill-fate 1978 Star Wars Holiday Special, as io9 reminds us) all are heading to the streaming platform on April 2.

The Star Wars franchise has an interesting history, especially back when the original trilogy was still being released, and that meant we experienced things like the Star Wars: Holiday Special and Ewoks: The Battle for Endor and just accepted them. Now though, fans of Star Wars can explore the wacky fun world of the Ewoks franchise on Disney+ in April.

So why is this so exciting? Mainly because there are decades of Star Wars fans who had only heard legends of these shows and movies. Much like the Holiday Special before them, they were pretty hard to find and forgotten to the sands of time. With The Story of the Faithful Wookiee, that’s currently the only bit of the Holiday Special we’re getting, sadly (which, for fans who have seen the full thing, is just the animated introduction of Boba Fett to the world of Star Wars).

Right now, as SYFY points out, these Ewok adventures are not part of the Star Wars canon. Much like a lot of the extended universe, the Disney acquisition essentially erased anything that wasn’t the live-action movies and The Clone Wars. However, that doesn’t mean that the Ewoks will forever be erased from Star Wars lore. With them coming to Disney+, we could see more of a connection in the live-action world or a shift, as some characters have made the leap from the animated or novel world with shows like The Mandalorian. So it wouldn’t be outrageous to hope that they’re somehow worked into the main Star Wars world! But even if the Ewoks and their lore don’t have a lasting imprint in the overall canon of the Star Wars franchise we know and love, it is still exciting to see these very ’80s shows (and a movie!) make their way to Disney+.

Going back on journeys with Warwick Davis’ Wicket is going to be an adventure for us all. All these new Star Wars properties and more are heading to Disney+ on April 2.

KEEP READING: No, Kathleen Kennedy Is Not Being Replaced by Jon Favreau or Dave Filoni, Says Disney CEO

Watch: Bob Odenkirk Explains How He Transformed From Dad Bod to John Wick in ‘Nobody’

“I knew that I had to go to a whole other level if I wanted to actually do the fighting and not get hurt.”

READ  Furious 9 needs to let Paul Walker rest in peace amid hints character will return 6 years after death
Share on FacebookShare on TwitterShare on PinterestShare on Reddit
newsgrooveMarch 17, 2021