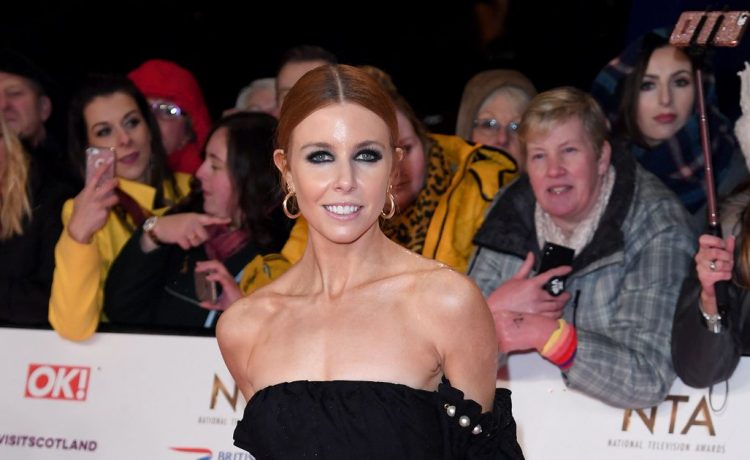 The 33-year-old television presenter says she was struck down by migraines and nausea forcing her to seek help.

She explained that doctors opted to perform scans on her brain – and she was fortunately given the all clear after her check up.

The star gave details of her health struggle during an online chat with fans when she hosted A Night In with Stacey Dooley on online theatre event site Fane.

She told fans: “I was really ill. I kept getting bad migraines for a while and I had to go and get my brain looked at.”

She added: “I was throwing up all the time.”

During the chat, Stacey went on to discuss her UKTV show Stacey Dooley Sleeps Over – a show which saw the Strictly star stayed with members of the public in an effort to get a first hand understanding of life in modern Britain.

However, she found the experience slightly awkward as she ended up overhearing some of her hosts getting intimate while she was staying under their roof.

She explained: “It’s really funny when sometimes the houses can be quite small so you can be directly next door to a couple, who are in love and are married and they want to have sex of an evening.

“So sometimes I just lie there thinking, ‘I can deal with all of this, but I could just do without you two having sex.’ Just for this weekend because then I would feel less awks.”

Stacey’s online chat is available to watch via the Fane website until Friday 19 February.

While the star has teased fans will be able to see her live on stage next year.

She teased on Instagram : “Not long gang till we can see each other in person. National tour 2022.”