A top Tory has refused five times to say if he’ll resign for breaking international law in a car crash TV interview.

Robert Buckland, the Justice Secretary and Lord Chancellor, squirmed as he was challenged over the government’s Brexit plans by the BBC.

It comes as fury mounts from the EU, Tory backbenchers and three former Prime Ministers over Boris Johnson’s plan to override parts of the Withdrawal Agreement.

Despite being in charge of the English legal system, and literally pledging an oath to “respect the rule of law, so help me God”, Mr Buckland has refused to quit.

Attorney general Suella Braverman, who issued a legal opinion trying to justify the breach of international law, has also refused to resign.

The row revolves around a law called the Internal Market Bill which came to Parliament last week.

It will give ministers the ultimate power over which goods need EU tariffs paid, or EU forms filled out, when they are traded between Britain and Northern Ireland.

That has prompted outrage because the Withdrawal Agreement said the EU and UK would reach those decisions together, through a joint committee.

Mr Buckland today insisted the law was a “break the glass in emergency provision”, which will only be used if there’s no trade deal and if the UK needs it.

So the BBC’s Andrew Marr Show asked Mr Buckland if he would quit if the UK enacted the law, therefore officially breaking international law.

Five times Mr Buckland refused to give a straight answer.

He said: “If I see the rule of law being broken in a way that I find unacceptable, then of course I will go.”

But he insisted “I don’t believe we’re going to get to that stage.”

MPs blasted Mr Buckland for picking and choosing which breaches of international law he finds “unacceptable”.

“By ignoring this, the Lord Chancellor is putting career before country.”

“If this is his idea of behaving honourably then there is absolutely no hope for the rule of law in this government.”

Mr Buckland refused to say if he personally agreed to the policy, instead telling Times Radio: “The policy has been agreed”.

But he insisted there is a “conflict or dislocation” between the Withdrawal Agreement – which Boris Johnson signed – and domestic law, which needs ironing out.

He even bizarrely claimed that by trying to solve the problem, he was acting “in accordance with the most honourable traditions of the British state.”

In embarrassing scenes the minister repeatedly urged the British public to obey strict coronavirus laws, while defending a breach of international law at the same time.

Sky News interviewer Sophy Ridge suggested the UK had bought a crowbar and a balaclava in case it needed to stage a robbery.

“What we’re talking about here are intricate international law arrangements.”

Boris Johnson is under pressure from all sides to drop controversial plans to rip up parts of his own Brexit deal.

Ireland’s Foreign Minister Simon Coveney accused No10 of ‘spin’ and untruths over reports the EU had been trying to scupper trade between Britain and Northern Ireland. 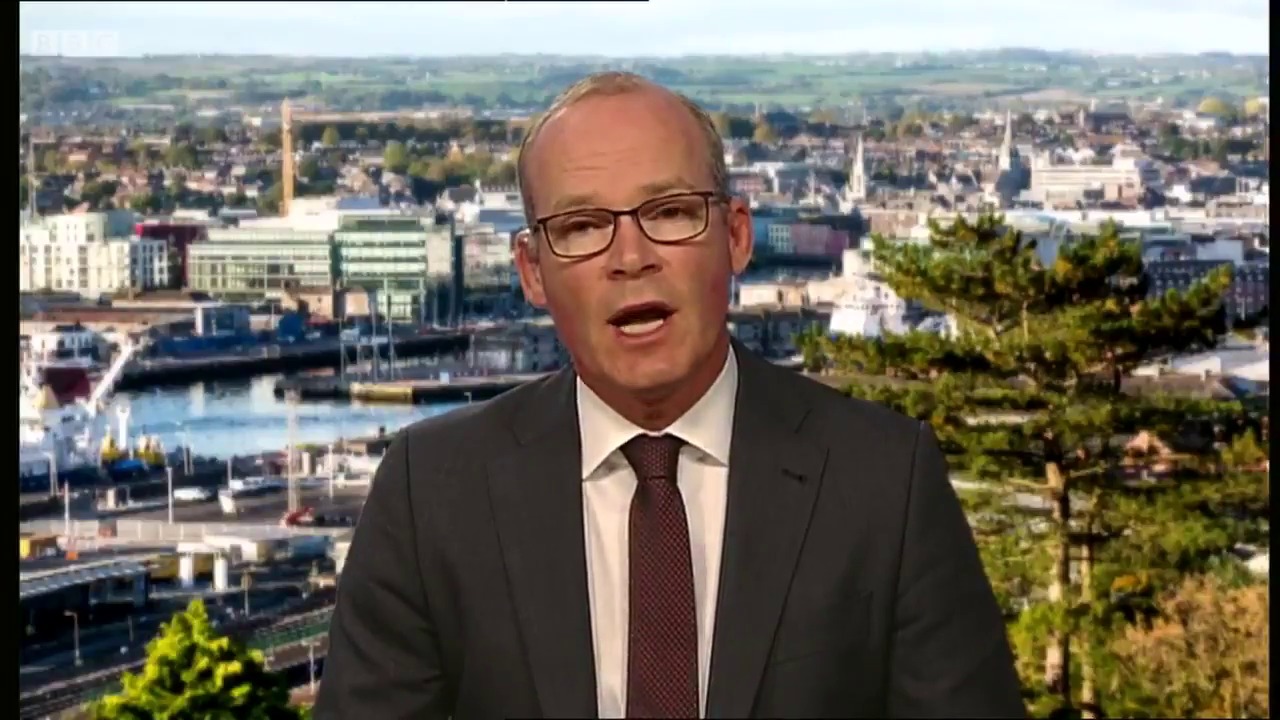 He told the BBC: “There is no blockade proposed.

“That is the kind of inflammatory language coming from No10 which is spin and not the truth.”

In a joint attack on the Government, the pair accused ministers of risking the Good Friday Agreement, trade talks and the UK’s integrity with the new Internal Markets Bill.

“This government’s action is shaming itself and embarrassing our nation,” they wrote in the Sunday Times.

Mr Johnson failed to quell a growing Tory revolt over the plans during a chaotic Zoom call with backbenchers on Friday.

And his warning that the EU will “carve up our country” without his new Bill has failed to impress critics.

Rebel Tory backbenchers will bring an amendment tomorrow which would give Parliament a veto on the changes – allowing MPs to block them.

Sir Bob Neill, who chairs the Commons Justice Committee, led the amendment which looks set to win the backing of a string of senior MPs.

Sir Roger Gale, a Tory veteran, told the Mirror he would be opposing the bill.

Labour’s Rachel Reeves said the party could not support the Bill in its current form and would consider whether to support the Tory amendment.

Shadow Northern Ireland Secretary Louise Haigh – who branded Mr Buckland’s behaviour “astonishing” – said the amendment could be a “way forward” and a “compromise”.

Meanwhile, it emerged the government is planning to opt out of parts of the Human Rights Act.

The PM was said to be considering ways to prevent the legislation being used to stop deportations of asylum seekers and prosecutions of British soldiers.

Coronavirus: Work from home 'if you can', Michael Gove says