Digital music service Spotify has revealed what artists and songs were a hit with Australian users in its 2019 Wrapped report.

The top-streamed artist for 2019 Down Under was Post Malone, with Khalid and Billie Eilish following in second and third place respectfully.

Post Malone also secured the most-streamed song of the year in Australia – Sunflower from the Spiderman soundtrack. 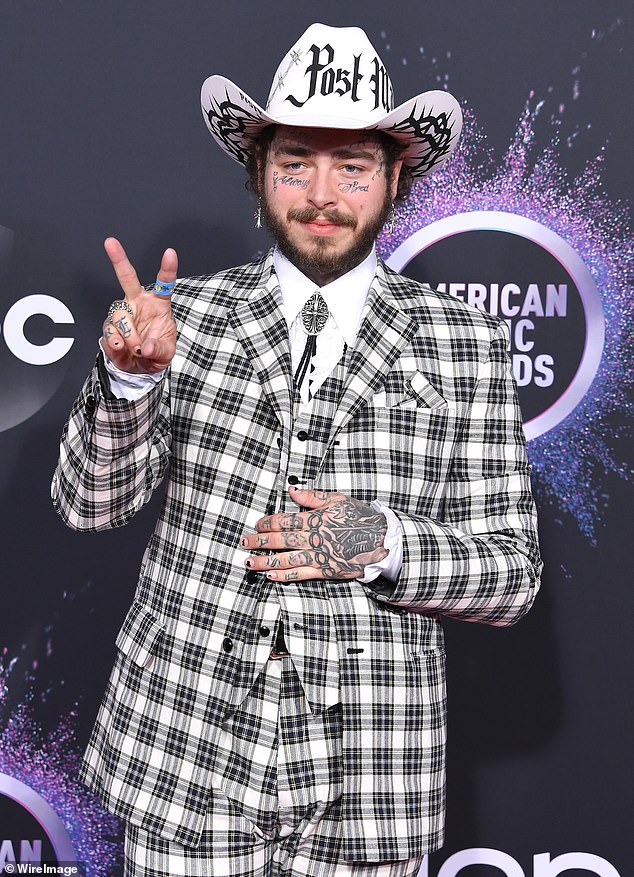 Spotify 2019 Wrapped: Post Malone is named as Australia’s most-streamed artist, as the rapper also tops the global list for the streaming service with a whopping 6.5 billion streams

While Sunflower was the top-streamed song of 2019 for Australians, it failed to beat out Camilla Cabello and Shawn Mendes’ smash hit Senorita globally.

Placing second and third on the list for top-streamed songs in Australia for 2019, were Tones And I’s Dance Monkey and Billie Eilish’s Bad Guy. 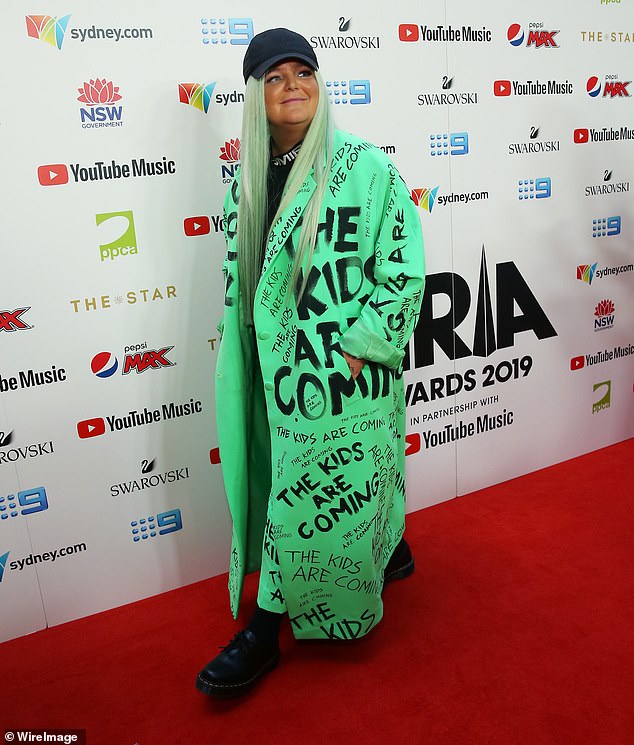 What a hit! Tones And I’s breakout track Dance Monkey was labelled as the ‘most repeated song to come out of the Southern Hemisphere’ in Spotify’s global report 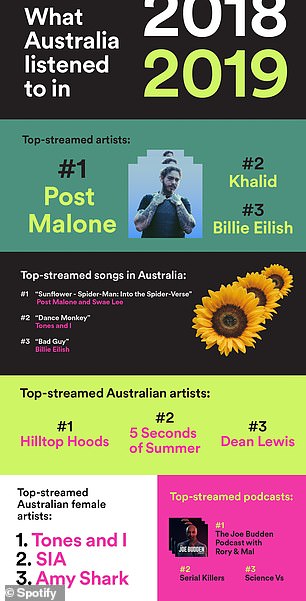 Interestingly, Tones And I’s breakout track Dance Monkey was labelled as the ‘most repeated song to come out of the Southern Hemisphere’ in Spotify’s global report.

Tones And I however was surpassed by Hilltop Hoods in the list for top-streamed Australian artists.

The official Spotify microsite will go live later this week, helping users to calculate who their favourite artists were and what they listened to most.

This year’s Wrapped addition will also include the option for users’ to look back at their listening history over the past decade.

Most-Streamed Artists of the Decade

Most-Streamed Tracks of the Decade

Shape of You – Ed Sheeran

Married At First Sight: 10 couple swap and affairs revealed – and which are true

COVID-19 positive, Chris Cuomo talks about 'tightness in my chest'; Don Lemon tears up for friend

Larry David Addresses the ‘Idiots Out There’ in California Coronavirus PSA

The Masked Singer on FOX: Fans convinced R&B icon is the Night Angel