Sports Direct has postponed the publication of its latest annual results for the second time, a situation described as “a total and utter shambles”.

Mike Ashley’s retail conglomerate was originally due to release the results on 18 July but, shortly beforehand, announced a delay until at least 26 July, saying its auditors needed more time to sign off the accounts.

On Wednesday, the company said the report would be published on Friday. Company results usually come out at 7am, but by 8am on Friday, when the stock market opened, the results were still missing, all planned calls with the media and analysts were cancelled and a presentation to investors at the retailer’s London head office was scrapped.

A spokesman for Sports Direct said: “Unfortunately we are still finalising preliminary results. We anticipate that our annual results will still be released today, with a presentation to follow.”

The company’s shares were down almost 5 per cent by 8:30am but later recovered. They dipped again after Sports Direct said at midday that it was still finalising the report and that another update would follow at 2pm.

The postponed set of results is of particular interest to investors as it will provide an update on House of Fraser, which the company bought out of administration for £90m last year. In December, Sports Direct said the department store made a loss of £31.6m since it was acquired in August.

When the company announced the first delay, it cited the complexities of integrating House of Fraser and uncertainty about the business’s future performance as part of the reason.

After the latest delay, Neil Wilson, market analyst at Markets.com, said: “It’s a total and utter shambles, and betrays a number of problems at the business after [Mike] Ashley embarked on his rather random acquisition spree. Above all, it betrays a total disregard for shareholders.

“It not only raises questions about the haphazard way in which the investor relations and finance teams are run, but also could suggest a material problem with the numbers.” 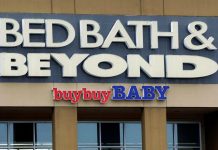 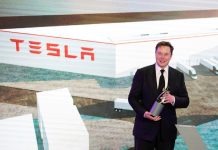