Warren Gatland has made nine changes to his Wales team for the Rugby World Cup bronze medal match on Friday against New Zealand.

The clash against the All Blacks will be Gatland’s final match in charge of Wales. During his tenure the Kiwi has led the Welsh to three Six Nations grand slams and two World Cup semi-finals.

Speaking ahead of Friday’s match he said: “There is definitely something at stake, a lot at pride, and a victory against them would be pretty special. They are the only team I haven’t beaten with Wales.

“It has been some experience with Wales. The biggest memory I have is the smile we’ve put back on people’s faces to wear the red jersey again and to support the team. That makes a massive difference to the whole of Wales as they’re proud of the team and the players wear it with pride. They put in 100% and as a coach that’s all you can ask.”

New Zealand have made seven changes to their team, in what will be the final international match for head coach Steve Hansen and captain Kieran Read.

England have been fined by World Rugby for their bullish response to New Zealand’s haka in Saturday’s Rugby World Cup semi-final victory.

Although the amount hasn’t been disclosed, Sky News claims it’s £2,500, a sum that will be donated to charity by the sport’s governing body.

England lined up in a V formation to face down the haka, and six players crossed the halfway line as the All Blacks performed their ritual.

A shoulder injury has forced former England captain Sam Burgess to retire from playing rugby league. The 30-year-old, who was playing for South Sydney Rabbitohs in Australia, said: “This decision was one of the hardest I’ve had to make in my life, however it was out of my hands. I am no longer able to be myself on the training field and consequently the playing field.”

Australian Lisa Keightley has been named as the new head coach of the England women’s cricket team. Keightley will start her role in January and she said: “It’s a huge opportunity. It’s a team full of world-class players. I can’t wait to get started and see where we can get to.”

Lionel Messi scored twice, including the 50th free-kick of his career, in Barcelona’s 5-1 victory over Real Valladolid last night.

Valverde said: “What else can be said about him? I’ve run out of words. We always know that he will appear, whatever the match. His talent isn’t comparable to anything, the reality is that every time he touches the ball, something special happens. I just don’t know what to say.”

The Washington Nationals’s 7-2 victory over the Houston Astros this morning means Major League Baseball’s World Series will go to a deciding seventh game. With the series tied at 3-3, game seven will be played at Minute Maid Park in Houston tomorrow morning (12.08am UK time).

8. Vettel not envious of Hamilton

Sebastian Vettel is happy for Lewis Hamilton but is not envious of his Formula 1 rival’s success. Hamilton is on the verge of his sixth career F1 world title and can secure it at this weekend’s United States Grand Prix.

When asked if he was envious of Hamilton, Vettel, a four-time world champion from his days at Red Bull, said: “I wouldn’t say ‘envy’ because I appreciate his efforts, his performances, his success a lot – I think you have to because it’s obvious.

“If not, then I don’t know, it wouldn’t be me and I think it would be in my world and values, whatever, it would be wrong.

“So I think he deserves it. Together with his team he’s done a great job. Obviously, in a way you could say, I’m jealous because we wanted to be there and we are not. But [it’s] not that I envy him.”

Xhaka won’t travel with the Arsenal squad for tonight’s Carabao Cup clash at Liverpool and Emery said: “We make mistakes, we need to apologise and we suggested for him to do that. He knows he was wrong and he feels inside very deep.”

Carabao Cup: Arsenal travel to Liverpool with Mesut Ozil but not Granit Xhaka

Anti-racism charity Kick it Out want Uefa’s disciplinary process to be overhauled after Bulgaria’s punishment for racial abuse against England players.

Bulgaria were fined £65,000 and ordered to play two matches behind closed doors – one suspended for two years – following the Uefa 2020 qualifier in Sofia earlier this month.

In a statement Kick it Out said: “We feel Uefa’s entire disciplinary process in response to racial discrimination should be overhauled.

“We urge them to explain the decision-making process behind their sanctions for incidents of discrimination.

“We are disheartened, but not surprised, to learn of Uefa’s response to the racist abuse directed at England players. In our view, they have missed an opportunity to send an uncompromising message on racism and discrimination.” 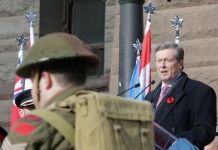