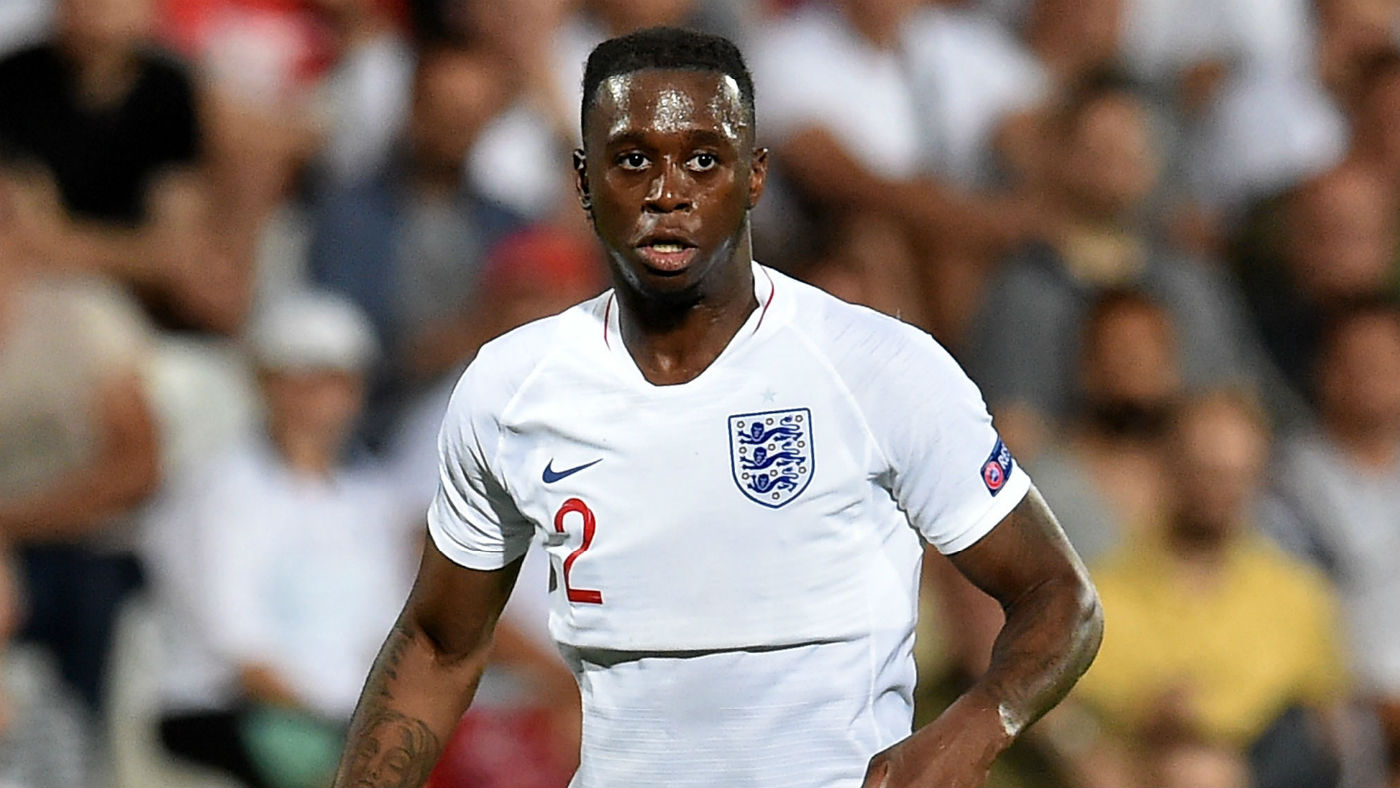 1. Wan-Bissaka and Mings called up

England head coach Gareth Southgate has named Aaron Wan-Bissaka and Tyrone Mings in his 25-man squad for the Uefa Euro 2020 qualifiers against Bulgaria and Kosovo next month.

Owen Lane and Rhys Carre will make their Wales Test debuts in the Rugby World Cup warm-up clash against Ireland in Cardiff on Saturday. Head coach Warren Gatland has made 14 changes to his side and he will name his World Cup squad on Sunday. Ireland head coach Joe Schmidt has made 11 changes to the team that was hammered by England last weekend at Twickenham. Full-back Will Addison will make his first appearance since January.

4. McIlroy on PGA player of the year shortlist

Rory McIlroy, Brooks Koepka, Matt Kuchar and Xander Schauffele have been nominated for the 2019 PGA Tour player of the year award. Northern Irish golfer McIlroy won three tournaments from his 19 starts on the PGA Tour in 2019. He secured the FedExCup after winning the Tour Championship last weekend.

England fast bowler Jofra Archer has had a sensational start to his Test cricket career. But the 24-year-old says it’s too early to talk up his performances after just two matches. Speaking ahead of the fourth Ashes Test against Australia, Archer said: “I think that’s a bit of a stretch to call me the world’s best bowler. It’s cricket, you can’t ever write the script.”

It’s been a huge day for news in Formula 1. Mercedes have confirmed that Valtteri Bottas will drive for the team in the 2020 season while Renault have announced that Esteban Ocon will be Daniel Ricciardo’s team-mate next year. F1 has also revealed the provisional race calendar for 2020, which will feature a record 22 grands prix.

Novak Djokovic is through to the third round of the US Open grand slam despite playing with a shoulder injury in his match against Juan Ignacio Londero. Defending champion Djokovic battled to win 6-4, 7-6 (7-3), 6-1 but needed treatment three times during the second-round clash. “It was definitely affecting my serve and my backhand,” said the world No.1 and top seed. “I didn’t know if I would be able to finish the match. I’m really glad I have.” In the third round Djokovic will play fellow Serb Dusan Lajovic or American Denis Kudla.

Djokovic vs. Nadal vs. Federer: ‘GOATs’ battle at US Open

The draw for the 2019-20 Uefa Champions League group stage takes place today with holders Liverpool joined in the competition by Premier League rivals Manchester City, Chelsea and Tottenham Hotspur. The draw will start at 5pm and is live on BT Sport.

Paul Pogba’s future at Manchester United is up in the air after vandals defaced a sign outside the club’s Carrington training ground. Daubing “Pogba Out” in large red letters over the sign, the vandals have made clear their desire to see the Frenchman leave. The graffiti comes just over a week since Pogba was subjected to racial abuse on social media after missing a penalty against Wolves.

Premier League: is Paul Pogba being forced out of Man Utd?

While the inquest into Bury’s expulsion from the English Football League (EFL) continues, there’s good news for fans of crisis club Bolton Wanderers. The League One side’s future has been secured after it was confirmed they have been taken over by Football Ventures (Whites) Limited. “Bolton saved” Metro reports, while The Sun says the “Trotters still trading”.

Today’s back pages: Bolton saved but Bury’s collapse is just the start of a crisis in the Football League 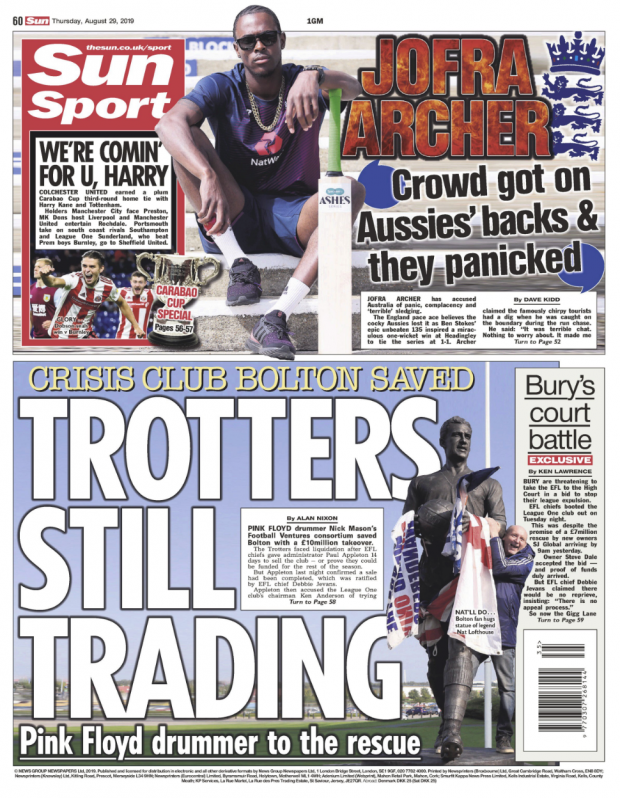