Chances are that if you’re reading this, you’re after a fix. The high that only 45 minutes on a stationary bicycle can provide.

To the uninitiated, that must sound crazy — but gone are the days when gym classes meant flimsy equipment under bright, fluorescent lights, with a giant clock not ticking fast enough.

Meet the nouveau spin class, a fitness trend that cropped up in New York about a decade ago and spread around the #FitFam faster than kale, cauliflower and courgetti, and where indoor cycling becomes a dance party-cum-therapy session.

The workout is intense: sprints to get your heart rate up, high-resistance climbs to build muscle, and hand weights because they’re good for you too — all set to music and shouting from the instructor, who is part drill sergeant, part motivational speaker, with zero per cent body fat and the charisma of a cult leader.

The studio is kept dark, the sound system is loud and the energy is high, creating a nightclub-like environment, albeit with more sweat, a (presumably) sober clientele and punctuated by boy-band choreography. (Sceptics: I promise it’s actually good fun.)

Most spin classes follow roughly the same 45-minute format and are priced from £20 or so for a drop-in class. However, some studios have categorically superior equipment, facilities, instructors and overall atmosphere than others. London spin fans are spoiled for choice, but the following are some of the best places to cleat up and clip in.

Prepare to be won over by the warm and friendly atmosphere as soon as you pop into one of Psycle’s three studios, located in Marylebone, Shoreditch and Clapham. Newcomers are enthusiastically welcomed at each class, birthdays and fitness milestones are celebrated, and throughout the session hooting, hollering and high fiving is actively encouraged.

If that seems a bit too happy-clappy for Britain, your suspicions are correct: there’s a Canadian in charge. Under Toronto transplant Rhian Stephenson, the company’s CEO, Psycle has become one of the most popular boutique fitness set-ups in the city, and has recently expanded to offer yoga, HIIT and barre classes too.

A word of advice: don’t let the niceness fool you: Psycle is hardcore. Touted as a “full body workout on a bike”, it’s an energetic mix of strength and speed — so when pedal resistance isn’t through the roof, it’s because the sprints channel the last stage of the Tour de France.

SoulCycle, the indoor cycling class popular with celebrities, launched in New York in 2006 and now operates more than 90 studios across the US and Canada. It arrived in London’s Soho earlier this year — its first location outside North America — with more branches planned to open in the coming months.

The high-energy, 45-minute workout is billed as a “unique mind-body-soul experience”, with uplifting playlists ranging from Beyoncé to bhangra and an almost meditative studio environment. The company shipped some of its top US talent to the Soho studio and it has paid off — book a class with anyone on the roster and you will leave smiling, with a sense of accomplishment.

Pro tip: sign up for a morning class with Mantas, who spends a little more time than usual with hand weights. Shower afterwards with glorious Le Labo products and grab a delicious smoothie to go from SoulCycle’s bar.

READ  Spend and enjoy your wealth while you can

If other spin classes have a nightclub quality, 1Rebel’s Victoria outpost channels full-blown Ibiza superclub. The studio — a three-level cycling amphitheatre — features a £600,000 sound system, a professional laser installation and an instructor platform that moves between each level by remote-control swizzle lift. Seriously.

It’s all part of 1Rebel’s modus operandi — fitness as entertainment — which has propelled the boutique gym brand to become a fixture on the Instagram accounts of London’s millennials. (There’s even a “selfie mirror” at some locations, with built-in lighting, to encourage “rebels” to post pre- and post-workout snaps on social media.)

The cycling class, Ride, is typically strength-focused: pedal resistance is meant to be sticky and there’s more time spent in the saddle, though of course this depends on the instructor’s proclivities.

Workout aside, it’s worth checking out just for the theatrics. This is not just a spin class — it’s a spin experience.

No Londoner is likely to list Covent Garden as a favourite neighbourhood — the droves of tourists mean that most of us avoid it completely. But it does have its charming streets, dotted with cool shops, eateries and other places for visitors to take advantage of the current exchange rate.

Another_Space counts as one of the area’s hidden gems, a contemporary boutique gym tucked away on a quiet street off Shaftesbury Avenue in theatreland, ideally located for anyone staying or working in central London. (There is also an Another_Space studio at Bank.)

It offers HIIT and yoga classes, as well as its house spin class, Cycle. Sign up for a Cycle class with instructor Alison for an aerobic, sprint-heavy workout and choreography that transports you to the set of a classic Jane Fonda exercise video.

Pro tip: the bikes at Another_Space have an ultra-sensitive resistance dial and the pedals feel stickier than at other studios. Aim to arrive a few minutes early to get a feel for it before class starts.

Digme’s popular ‘Ride’ class is ideal for those with a competitive streak — and most certainly not for anyone wanting to hide in the back row. Expect a lot of corporate types (and a handful of laser-focused alpha males in head-to-toe Rapha kit).

The bikes are hooked up to a system that collects live data from each rider, giving real-time performance figures which are displayed on huge TV screens at the front of the studio. The data collected includes watts exerted, calories burnt, energy produced and RPM — revolutions per minute (a summary is emailed to each person after the class, or can be synced with Strava.)

The result is that the class simulates a race, with an animated peloton so that you can see where you fit in the pack — and, if you’re like me, shame you into working harder. Like other classes, it’s broken up into climbs, sprints and other challenges, all set to music — but it’s less dance party and more Grand Tour-meets-video game.

Asset managers reveal who they're backing to thrive after Covid-19 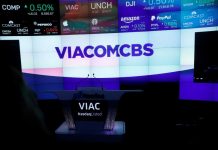 Next, River Island and TKMaxx shut down websites after closing stores to keep staff safe during coronavirus 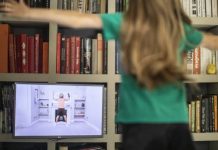 Home schooling is hard even for the best of us

UK to use firefighters to deliver food, collect bodies in coronavirus crisis