Spike Lee posted a minute-and-a-half video on social media that paired one of the most famous scenes from his film Do the Right Thing with footage of the police killings of George Floyd and Eric Garner.

Lee posted the video Sunday night, titling it 3 Brothers and opening it with the question, “Will history stop repeating itself?” It starts with the 2014 cellphone footage of Garner being arrested by two New York Police Department officers, one of whom quickly puts Garner in a chokehold. It then starts jumping between that and the riot scene from 1991’s Do the Right Thing — where a police officer refuses to let up a chokehold on the character Radio Raheem (played by Bill Nunn) — and eventually incorporates the recent footage of a Minneapolis police officer holding his knee on Floyd’s neck.

“The attack on black bodies has been here from the get-go,” says filmmaker Spike Lee, responding to protests over George Floyd’s death. “…I am not condoning all this other stuff but I understand why people are doing what they are doing.” https://t.co/K5Gzn1gRT0 pic.twitter.com/sxnZJ9xRpi 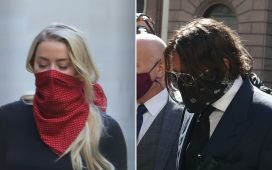