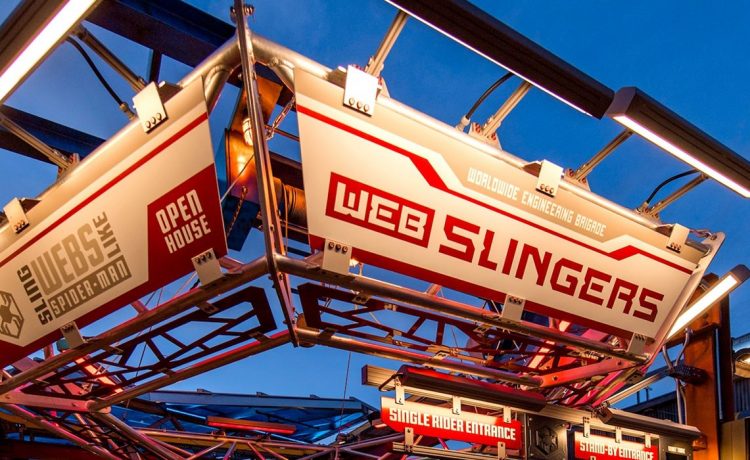 We got to preview the brand new attraction WEB SLINGERS: A Spider-Man Adventure at Disney California Adventure.

The centerpiece of Avengers Campus, dedicated to discovering, recruiting and training the next generation of Super Heroes, at Disney California Adventure is the brand-new ride WEB SLINGERS: A Spider-Man Adventure, and Collider got the opportunity to check out the offerings available and ride the new ride. The high-tech attraction uses innovative technology designed to interact with guest movements to allow each individual to sling webs like Spider-Man himself.

The mission for riders is to team up with Spidey to help capture the Spider-Bots that have gotten completely out of control and stop them before they wreak havoc on the Campus. While the story gets more and more intense as it builds to its conclusion, it’s a ride for all ages, with no height requirement, and its focus is on fun rather than scares, as you get to experience what it would be like to have superpowers for real.

The attraction is comprised of a blend of physical, fully-dimensional sets and virtual environments including animation, moving props, and special effects, all of which adds to the immersive experience. Whether you have a competitive spirit and want to go head-to-head with your family or friends, or you want to team up and aim for as high of a combined score as possible, you’ll get absolutely hooked on the fun of it all and want to try it again and again, even if only to beat your own previous score. Heads up though, there is a virtual queue, subject to availability, that you’re required to join via the Disneyland mobile app (this attraction does not have a standby line), with two enrollment chances every day, at 7 am and 12 pm, or you won’t be able to experience the ride.

To give you some more details and an overview of what to expect, your adventure will begin at Avengers Campus’ Worldwide Engineering Brigade, known as WEB, which is a workshop of young engineers who specialize in developing innovative technologies to equip and empower a new generation of Super Heroes, hence how the Spider-Bots came to be. Designed by Peter Parker (reprised by actor Tom Holland for the ride) and the WEB Tech team to be robotic sidekicks, things become out of control when the Spider-Bots get stuck in replication mode and escape, leaving it up to guests to become the brave recruits needed to save the day.

After you make your way through the queue, you’ll step onto a WEB Slinger vehicle and don a pair of 3D glasses, as the technology that’s been specifically designed for the attraction recognizes your body movements and gestures and you reach out your hands to sling webs, racking up your score as you make contact with the Spider-Bots that are overrunning everything. One cool thing to note, according to Walt Disney Imagineers, is that the technology for the ride uses infrared cameras on the WEB Slinger vehicles to assess and analyze the actions of guests 60 times per second, tracking eye position, shoulders, elbows and wrists, in order to accurately render a 3D web in the interactive gameplay. It’s very cool not to have to be holding onto any type of shooter to experience the attraction, which allows you to quickly adapt to how the ride works and up your score as you pass through the ride.

And if you still want more Spider-Man after all of that, guests will have the opportunity to greet the web-slinger, after watching his gravity-defying acrobatics in the sky, before he climbs down the building to hang out in front of a graffiti art wall with artwork signed by Miles Morales.

Check out video of the ride below along with a number of images.

Christina Radish is a Senior Reporter at Collider. Having worked at Collider for over a decade (since 2009), her primary focus is on film and television interviews with talent both in front of and behind the camera. She is a theme park fanatic, which has lead to covering various land and ride openings, and a huge music fan, for which she judges life by the time before Pearl Jam and the time after. She is also a member of the Critics Choice Association and the Television Critics Association. 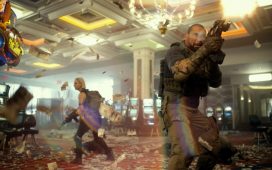