A rise in temperature caused by climate change could pose a significant threat to male fertility, research has shown.

Researchers at the University of East Anglia found that five days of heatwave temperatures was enough to severely damage the sperm of red flour beetles.

They then found that a second heatwave, 10 days later, almost sterilised the males completely.

The heatwaves also caused the male insects to mate half as frequently than before.

‘Two concerning results were the impact of successive heatwaves on males, and the impacts of heatwaves on future generations,’ Kris Sales, a postgraduate researcher said.

‘When males were exposed to two heatwave events 10 days apart, their offspring production was less than one per cent of the control group.

‘Insects in nature are likely to experience multiple heatwave events, which could become a problem for population productivity if male reproduction cannot adapt or recover.’

The researchers stated that insects beetles were chosen for research as they ‘constitute a quarter of biodiversity’ meaning the results are ‘very important for understanding how species react to climate change’.

Females were found to be be unaffected by the rise in temperature, which was 5°C to 7°C above the beetles’ thermal optimum.

The experiment revealed that males reduced sperm production by three-quarters, while any did they produce struggled to migrate into the female tract and were more likely to die.

‘Our research shows that heatwaves halve male reproductive fitness, and it was surprising how consistent the effect was,’ Mr Sales said.

The findings were then published in the Nature Communications journal on November 13.

The research team also discovered that heatwaved dads and their sperm lived shorter lives by a couple of months.

Sons were also less likely to produce offspring, with the scientists stating that it could add extra pressure to populations already struggling with the impact of climate change.

‘Research has also shown that heat shock can damage male reproduction in warm blooded animals too, and past work has shown that this leads to infertility in mammals,’ Mr Sales said.

The team hope that their findings can help inform conservation efforts.

Research group leader Professor Matt Gage, of the University of East Anglia, said: ‘We know that biodiversity is suffering under climate change, but the specific causes and sensitivities are hard to pin down.

‘We’ve shown in this work that sperm function is an especially sensitive trait when the environment heats up, and in a model system representing a huge amount of global biodiversity.

‘Since sperm function is essential for reproduction and population viability, these findings could provide one explanation for why biodiversity is suffering under climate change.

‘A warmer atmosphere will be more volatile and hazardous, with extreme events like heatwaves becoming increasingly frequent, intense and widespread.

‘We wanted to know why this happens. And one answer could be related to sperm.’

It's NOT 'just like flu': All this fake news makes my blood boil, writes DR ELLIE CANNON

Can I drive to a remote place to walk my dog? Dr Hilary answers your coronavirus questions 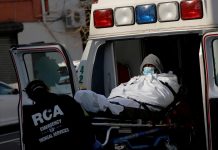 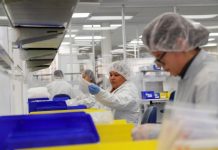 U.S. ventilator makers pull out all stops to fight coronavirus

Coronavirus: Can you still have COVID-19 after your symptoms disappear? Study reveals all