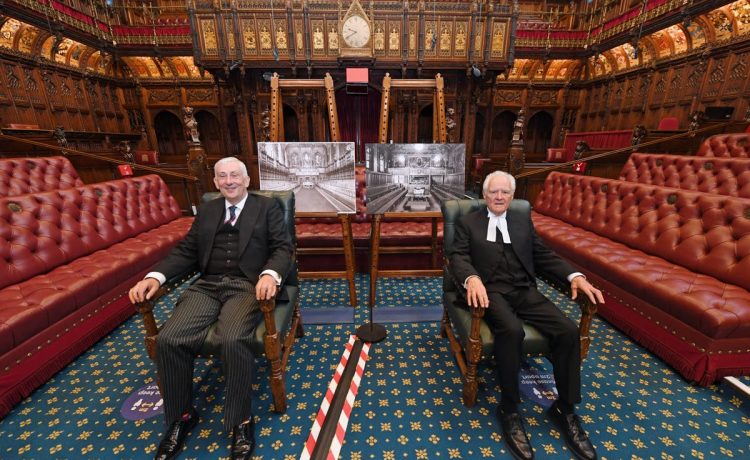 They remembered the covert operation 80 years ago which also saw peers relocate to the Robing Room so Parliament could continue debating and passing laws “under the radar of the Luftwaffe”.

The Press and the BBC knew about the move as they reported from the Chamber.

But most of the media, apart from an occasional slip – once by the Manchester Guardian – did not report it to avoid the Upper Chamber bcoming a bombing target.

The Palace of Westminster was hit 14 times during the war and the Commons Chamber was completely destroyed during the largest air raid on London on May 10 and 11 May 1941.

Prime Minister Winston Churchill initially had reservations about MPs moving to the Lords from where he went on to make some of his famous speeches in Parliament.

“I never thought to make speeches from those red benches, but I daresay I shall take to it all right,” he said.

Sir Lindsay Hoyle, the current Commons Speaker, stressed: “It is important that we mark this historic event when – under the radar of the Luftwaffe – MPs met secretly in the larger House of Lords Chamber for nine years to make sure democracy continued.

“It enabled us to continue passing essential laws, including the post-war creation of one of the national services we have needed more than ever in recent times – the NHS – so we should be forever grateful for this agreement between the two Houses.”

The move was proposed by Independent Labour MP James Maxton and, with the agreement of King George VI, took place on 24 June 1941, with extra seating to accommodate some 400 out of the then 615 MPs.

The Commons stayed in the Lords Chamber until 26 October 1950 and it is from there that Prime Minister Clement Attlee announced many of his radical post-war reforms.

Lords Speaker Lord McFall of Alcluith said: “My House of Lords colleagues are known for their courtesy, kindness and ability to rise to the occasion in a crisis.

“This was clearly true 80 years ago in the events following the bombing of the House of Commons chamber.”

Parliamentary historian Dr Elizabeth Hallam-Smith said: ‘Although the MPs were very grateful to the Lords, there were numerous complaints about poor acoustics, dingy lighting caused by blackout blinds, inadequate heating and erratic ventilation.” 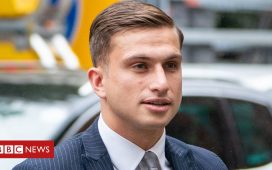