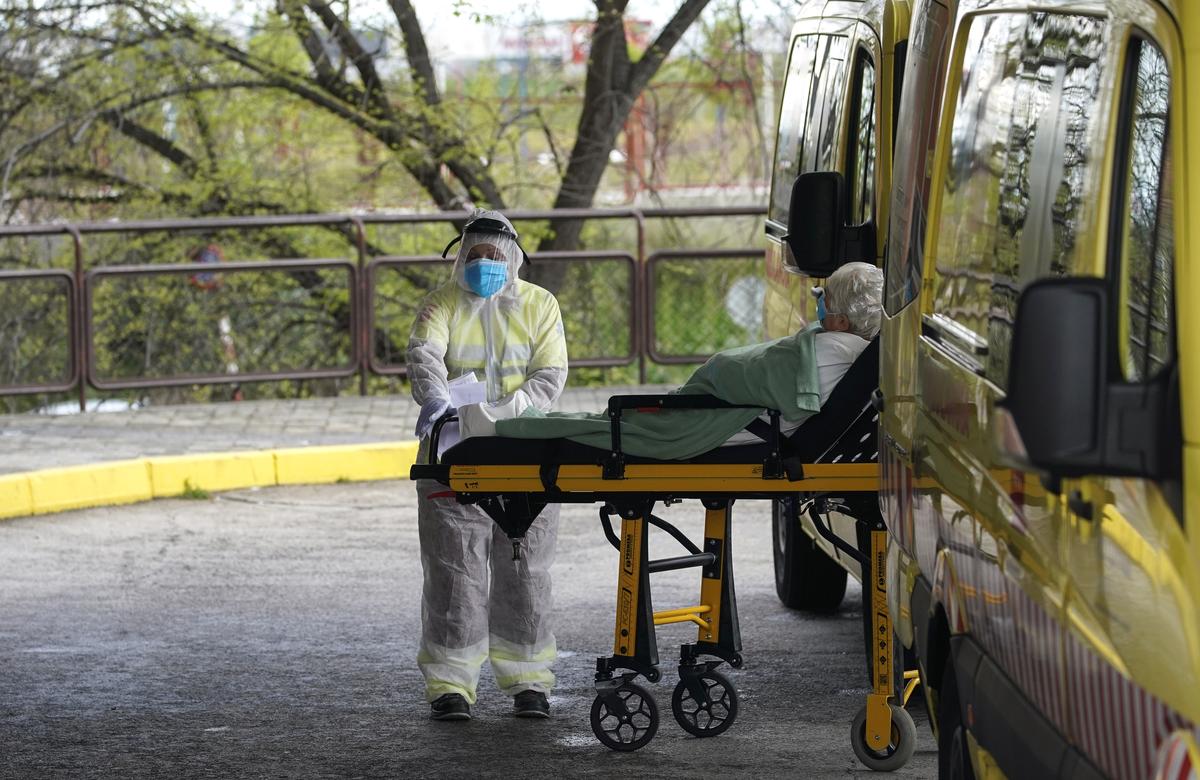 MADRID (Reuters) – Spain’s daily toll of coronavirus deaths rose on Tuesday for the first time in five days, with 743 people succumbing overnight compared to 637 in the previous 24 hours, but there was still hope that the national lockdown might be eased soon.

A medical worker pushes a stretcher with a patient next to the ambulances in the emergency unit at Severo Ochoa hospital, during the coronavirus disease (COVID-19) outbreak in Leganes, near Madrid, Spain April 7, 2020. REUTERS/Juan Medina

“It is normal to have some oscillations … What matters is to see the trend and the cumulative data,” said Maria Jose Sierra, deputy chief of health emergencies.

She said the latest data included some delayed notifications from the weekend.

As officials worked on a plan to lift some of the social and economic restrictions imposed to halt the virus’s spread, the Spanish unit of Germany’s Volkswagen said it may partially reopen a plant in the Navarra region on April 20.

Employment rules for farms were eased to allow up to 80,000 migrants and jobless people to cover a shortfall of foreign seasonal labourers. That, officials hope, will prevent food shortages and preserve Spain’s status as the European Union’s biggest exporter of fruit and vegetables.

For restrictions to be lifted, officials say testing has to be widened, to find carriers who may have mild or no symptoms.

The government is planning to start mass rapid antibody tests in the coming days. Cadena Ser radio said about 62,000 people would be tested twice, 21 days apart, to gauge how many extra infections were being brought about by any easing of the lockdown.

READ  Coronavirus US: Doctors says breathing or talking may spread it

Asked about reports that many coronavirus deaths were going unregistered, government spokeswoman Maria Jesus Montero said there could be delays between the report of a death and its attribution to the virus.

Thirteen of Spain’s 17 regions have registered more deaths than usual at this time of year, and in 11 of those, the excess is higher than the number confirmed to have died from the coronavirus, according to Reuters calculations based on data collected by the health and justice ministries.

In the central region of Castilla La Mancha, around 2,000 more people than usual died between March 15 and April 3, but fewer than 1,000 coronavirus deaths were registered during those three weeks.

Health Minister Salvador Illa later said Spain’s accounting for the impact of the pandemic was among the most stringent in Europe: “Everyone who tests positive for the coronavirus and dies is a person counted as having died from coronavirus.”

He added that he had spoken to the official in charge of health in Castilla La Mancha, and concluded that the data from that region was based on that definition and therefore correct.

A care home for the elderly in the northern city of Guernica was a bright spot in a sector whose residents have been among those hit hardest by the pandemic.

Relatives, neighbours and the local fire brigade danced and applauded care staff who had decided to move in with virus-free residents at a nursing home.

“I am staying home, with my other family!” said home director Visi Garcia.

READ  Vitamin D deficiency symptoms: The sign in your eyes you could lack the 'sunshine vitamin'