Donald Trump is, circuitously, responsible for the Netflix situation comedy Space Force. The first season was directly inspired by the real life discussions of a “space force” branch of the military, a truly wild thing to even imagine. But Steve Carell and the rest of the cast and crew did imagine it, resulting in a hit Netflix comedy. And now, this result of the Trump administration will outlive his presidency. Trump might be cancelled by 2021, but Space Force will have a Season 2 (per the Hollywood Reporter).

The show stars the adept ensemble cast of Carell, John Malkovich, Ben Schwartz, Jimmy O. Yang, Tawny Newsome, and Diana Silvers. It was originally created and developed by Carell and his Office cohort Greg Daniels, but for Season Two, some new blood will be injected into the creative team. Norm Hiscock (Parks and Recreation, King of the Hill) will be joining the team as a co-showrunner alongside Daniels, and co-star Yang will join the writers’ room as a staff writer. The show will also move production from Los Angeles to Vancouver in an attempt to lower costs for its second season; its first season cost quite a bit, with Carell himself making $1 million an episode for his various hats worn. What can we expect in this creative rewiring and addition of folks behind the scenes? My guess is they’ll condense and contain everything, not only to keep lowering costs, but to lock in the ensemble cast as adeptly as possible, skills both Hiscock and Yang have experience in.

READ  Jurassic World 3 Gets a Working Title, What Secret Is It Hiding?

No airdate has been announced yet, but we’ll keep you posted on Space Force Season 2 as soon we hear it. For more on the series, here’s a simply daffy blooper reel. 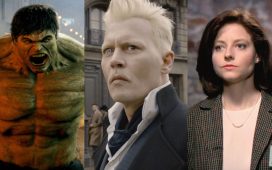