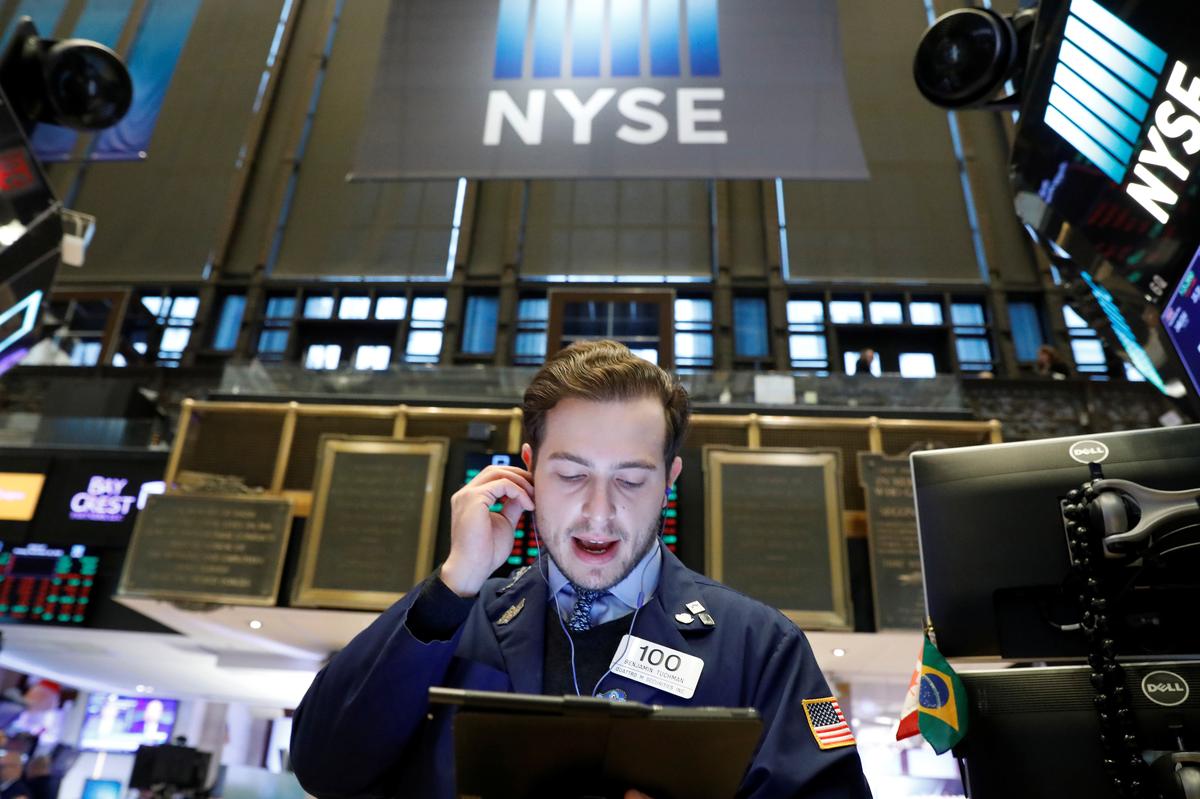 (Reuters) – The S&P 500 and the Dow Jones indexes retreated from record levels on Tuesday as dour forecasts from Home Depot and Kohl’s eroded confidence that the U.S. consumer will support the economy.

A trader works on the floor at the New York Stock Exchange (NYSE) in New York, U.S., November 18, 2019. REUTERS/Brendan McDermid

Home Depot Inc (HD.N) fell 5% and was the top drag on the S&P 500 and the Dow after the U.S. home improvement chain cut its 2019 sales forecast for the second time this year.

“At the moment the consumer sentiment is still strong but that doesn’t mean it is going to reflect in every retailer’s earnings,” said Randy Frederick, vice president of trading and derivatives for Charles Schwab in Austin.

Other retail stocks also fell on the news, driving the S&P 500 retail index .SPXRT down 1.1%. Investors await reports from Lowe’s Cos Inc (LOW.N), Target Corp (TGT.N) and Nordstrom Inc (JWN.N) among others this week for clues on consumer confidence and spending.

Seven of the 11 major S&P 500 sectors were lower, with the consumer discretionary index’s .SPLRCD 0.82% drop weighing the most.

The three main U.S. stock indexes had opened higher on continued optimism that Washington and Beijing would agree on a deal to end a damaging trade war.

“Markets have probably risen a little too far … so it is no surprise that we are seeing some pause here,” Frederick added.

Expectations of a trade deal and a largely better-than-expected third-quarter corporate earnings season have fuelled a Wall Street rally over the past few weeks, with the S&P 500 setting new records almost every day.

Minutes from the Federal Reserve’s latest policy meeting, where it cut interest rates for the third time this year will be released on Wednesday.

Among other stocks, AT&T Inc (T.N) fell 3.5% after MoffettNathanson downgraded the U.S. wireless carrier’s stock to “sell” from “neutral”.

Chipmaker Broadcom rose 3.1% after Morgan Stanley upgraded its shares to “overweight” from “equal-weight”.

Reporting by Arjun Panchadar and Agamoni Ghosh in Bengaluru; Editing by Anil D’Silva