England battled to a 2-0 victory over Germany on Tuesday evening to book their spot in the quarter-finals of Euro 2020, but Gareth Southgate has quickly moved to temper celebrations 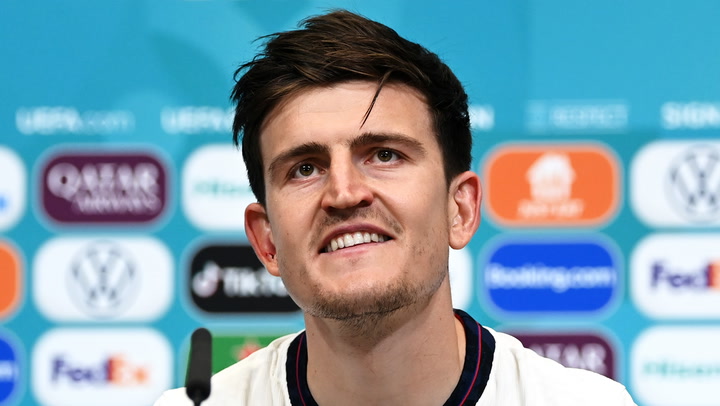 Gareth Southgate has explained why he must be a “party pooper” for his England players even though they pulled off one of their country’s greatest results in recent memory.

The Three Lions battled to a 2-0 victory over Germany on Tuesday evening to book their spot in the quarter-finals of Euro 2020.

Wembley was awash with elated fans applauding their players and manager, who will surely now harbour realistic ambitions of ending 55 years of hurt.

But Southgate insists there is no room for premature celebrations, as his squad must be entirely focussed on their last-eight clash in Rome on Saturday.

“I just thought it was a brilliant afternoon,” the 50-year-old told BBC Sport . “We’ve talked about bringing enjoyment to the nation and afternoons like this is what that’s about.

“The players were absolutely immense, right the way through the team and the fans were as well. It was only 40,000, but it was as good an atmosphere at Wembley that I can remember.

“We played extremely well and I think we deserved the win.

“I have had to say to them straight away ‘I’m the party pooper’ because if we don’t go and capitalise on that on Saturday now then it doesn’t count for anything.”

Southgate switched to a back five for the clash with Germany which helped to keep a talented attack at bay and ensure England’s unblemished clean-sheet record continues.

The England boss candidly discussed the pressure that comes with making crucial line-up decisions, with his selections in attack also causing a stir among fans.

How would you rate England’s performance against Germany out of 10? Comment below.

“You know that you change the shape, you pick certain personnel instead of others – if it goes wrong, you’re dead,” said Southgate.

“We have to go about in the way we believed: we wanted aggressive pressure all over the field and we felt it was the right way of doing that to match them up.

“We felt that speed in behind Harry (Kane) would cause them a problem and I thought Bukayo (Saka) and Raheem (Sterling) really created that jeopardy in their backline.

“We knew they (Germany) would have moments of possession because they’ve got really good footballers and experienced players, but our defenders and the whole team defended incredibly.

“It was a fabulous performance; I can’t give enough credit to the players.”

Turning his attention to England’s goalscorers, Southgate added: “Raheem has been immense for us over a three-to-four-year period. He knows we’ve got faith in him and his performances have been electric, right from the start.

“For Harry, it was a really important moment. When you’re a centre-forward, it doesn’t matter what else you’re doing in the game – you need those goals. I was pleased to see the second one go in, I have to say.”